Ready for the rebound 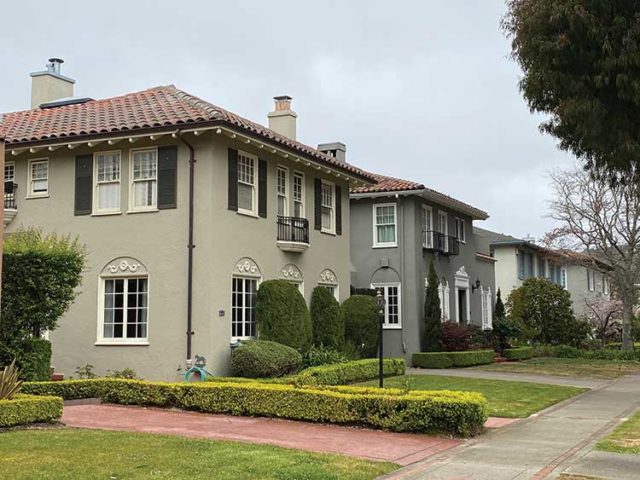 Californians are not leaving the state en masse, but they are leaving San Francisco, according to a recent Los Angeles Times report. Net exits from San Francisco in the last nine months of 2020 increased 649 percent compared with the same period in 2019, from 5,200 net exits to 38,800.

The article quotes a California Policy Lab report, saying, “While a mass exodus from California clearly didn’t happen in 2020, the pandemic did change some historical patterns. For example, fewer people moved into the state to replace those who left. At the county level, however, San Francisco is experiencing a unique and dramatic exodus, which is causing 50 percent or 100 percent increases in Bay Area in-migration for some counties in the Sierras.”

What does this mean? Top producer and real estate agent Annie Williams with Sotheby’s International in San Francisco paraphrased something Mark Twain is purported to have said, “Reports of the city’s death are greatly exaggerated.”

“The national press likes to write about how everyone is fleeing San Francisco, and while I know some people certainly left, I don’t think the city is emptying out,” Williams said. “Some at the upper end left for tax reasons, and, sure, a good portion of younger, more mobile renters took advantage of working from home, and moved for a year to Tahoe, or Santa Cruz, or home with their parents to save money. But I have never seen the high-end real estate market so strong. There is a whole new generation ready to rise up and buy the estates left behind by the old guard.”

According to the California Policy Lab, most who left San Francisco stayed in the Bay Area economic region, and some 80 percent remained in the state — a trend consistent with prepandemic patterns. Although Bay Area counties and urban centers in Southern California tend to be the most popular destinations for those leaving San Francisco, counties in the Sierra Nevada mountains saw some of the largest population growth from the Bay Area, especially in the final quarter of 2020.

Evan White, executive director of the California Policy Lab at UC Berkeley, said it will be interesting to see whether these folks will move back when the pandemic comes to an end.

Williams is convinced they will return. “Younger people are already beginning to move back and will continue to do so,” she said. “They’ll be back because they need to be in the office this fall, or because they miss all of the things that make San Francisco so great — the other interesting people, the physical beauty, the climate, access to nature, restaurants, and cultural events, all of which are gradually opening up.”

According to the San Francisco Association of Realtors, in March the median price for a single family home in San Francisco was $1.65 million, based on a rolling three months of activity, up 6.5 percent over March 2020. At the same time the median price for a condo was $1.18 million, down 3.2 percent from the previous year. San Francisco single family home prices peaked in July 2020, with a median high of $1,756,000. It will be interesting to see how prices shape up this summer — the expectation is likely higher still.

Pending sales have skyrocketed. In March 681 single family home sales were pending, up 55.1 percent from March of 2020. At the same time there were 995 condo sales pending, up 95.9 percent over last year.

A recent MarketWatch article cites a new study from the Federal Reserve Bank of New York that showed more than 90 percent of respondents preferred owning their primary residence to investing in the stock market.

The most common reasons people cited in choosing housing over stocks seemed to be about comfort and stability, rather than seeking a better return. The most commonly selected responses were that the home was their “desired living environment” and “provides stability,” and that house prices were “less volatile.”

San Francisco home prices continue to be challenging. But Williams is convinced that demand for San Francisco properties won’t wane anytime soon. “There are lots of IPOs taking place — or about to take place — for companies that are not household names,” she said. “As a result, there are plenty of buyers for whom budget isn’t a fixed thing.”