Chesa Boudin didn’t need a crystal ball to see Troy McAlister would reoffend — so why did the district attorney release him? 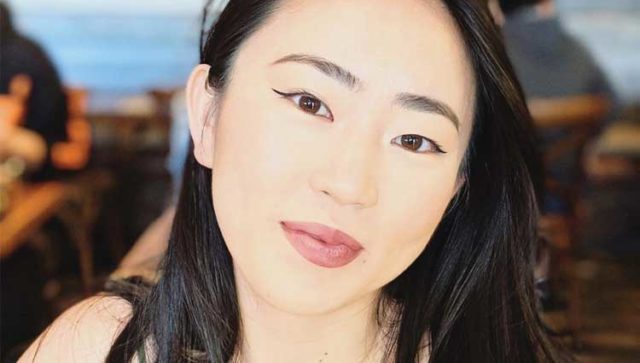 Let’s give credit where it’s due. There are a few things San Francisco District Attorney Chesa Boudin does very well — like dodging questions, blaming others, and making excuses. He repeats the same talking points over and over. “Restorative justice,” “mass incarceration,” “charging cases,” blah, blah, blah. If I sound cynical, that’s because I believe actions speak louder than words. Don’t get me wrong — Boudin is a good talker. The problem is, he can’t back it up. The embattled district attorney is currently facing a recall election June 7, and if a recent poll is accurate, he’s in trouble: Nearly 70 percent of San Franciscans say they would vote to recall him if the election were held today.

At an online recall debate held March 21, the elephant in the Zoom was the absence of the man facing the recall. Boudin sent surrogates to argue against his ouster, choosing instead to attend a town hall meeting at Manny’s in the Mission, where he faced a decidedly friendlier crowd. It also meant he didn’t have to confront two of his former assistant district attorneys, Brooke Jenkins and Don Du Bain; both left Boudin’s office to join the recall effort because they believe his policies are dangerous. Representing Boudin were Tinisch Hollins, director of Californians for Safety and Justice, and retired San Francisco Police commander Richard Corriea. Inevitably, Troy McAlister came up. Just two months into his term, Boudin gave McAlister a sweetheart deal that set the repeat felon free. On Dec. 31, 2020, while fleeing a robbery in a stolen car, McAlister ran a red light and killed Hanako Abe and Elizabeth Platt. The tragic and ultimately infuriating case made international headlines, setting the stage for Boudin’s recall.

During the debate, Du Bain pointed out that Boudin made the deal, as well as the fact McAlister was arrested multiple times after his release. Corriea repeated Boudin’s original story that “Daly City Police could have gone to his house and arrested him that night but chose not to.” McAlister was driving a car stolen two days earlier from a woman he met on a dating app while the two were at a Daly City fast-food restaurant. But the Daly City Police, in a Jan. 4, 2021, press release, refuted Boudin’s assertion, saying “Officers and investigators conducted passing checks and surveillance at associated addresses in an attempt to locate Troy McAlister or the stolen vehicle,” but they were unable to do so.

In a response to one of my Tweets during the debate, Hanako’s mother, Hiroko Abe, who lives in Japan, made it clear who she blames for her daughter’s death: “Hanako should be alive if Boudin properly processed it.”

While Boudin frequently answers questions about repeat offenders with, “I don’t have a crystal ball to see who is going to reoffend,” McAlister was a textbook example of someone who would. I obtained a 253-page document detailing McAlister’s 25-year criminal record that reveals a clear pattern of drug addiction and escalating violence. In 2015, after McAlister robbed two women at gunpoint, even Boudin’s left-of-progressive predecessor, George Gascón, was recommending a lengthy prison sentence under California’s “three strikes” law.

In the nine months after Boudin’s plea deal set McAlister free, he was arrested five times for multiple felonies, including a burglary where police located him inside the female victim’s apartment. After an arrest on Nov. 6, 2020, SFSU police officers were so alarmed by McAlister’s file they added a note to their report for Boudin that read: “This suspect is dangerous. He has 73 felonies and 34 misdemeanors in S.F. alone.” Even that didn’t work. McAlister was taken into custody again just days before the Dec. 31 tragedy — 11 days, to be exact, the same number of days he spent in county jail for all five arrests.

In my January 2022 Reynolds Rap I wrote about my nearly two-hour Zoom meeting with Hiroko Abe through a Japanese translator. During our interview, Mrs. Abe explained that when she asked Boudin why he made the decision to free McAlister, he said, “Because he worked hard and got his GED in jail.” Mrs. Abe told Boudin that a GED, which certifies that someone has high school level academic skills, “has nothing to do with whether this person is rehabilitated and ready to be put back into society.” She asked, “Didn’t you know how the system as a whole works? And knowing how the system works, why would you release him?” Boudin, she said, had no answer.

To add to the Abe family’s heartbreak, Boudin only plans to charge one of McAlister’s previous three strikes so as not to break his campaign promise or his own rules: After telling supporters he would forbid the use of sentencing enhancements for gang affiliation, firearms, and strikes, Boudin did just that in one of his first acts as district attorney.

After months of requests for appearances were routinely ignored, producers at KGO Radio raised a ruckus with Boudin’s staff and managed to secure 30 minutes of his time. During the Mark Thompson Show on March 23, Boudin stuck to the script while answering questions from the audience. “No one cares more about the safety of San Franciscans than my office,” he said. “We can’t prosecute who the police don’t arrest,” he told one caller. When asked to name a single drug dealer serving prison time under his leadership, Boudin blurted, “I can’t go into specific cases or give names …” That’s not true, of course — the names and cases are public record. He couldn’t name anyone because under Boudin not a single drug dealer has gone to jail.

In the closing moments, Thompson asked Boudin about the release of repeat offenders. “This is as long as my arm,” Thompson said as he read off a list of felony charges, “and this is just one individual.” Boudin shot back, “I don’t make the decisions about who gets released. That’s up to the judges, and I can show you a list long as your arm of people they’ve released when we asked them not to.” But it wasn’t the judge’s decision to release Troy McAlister, it was Boudin’s.

“All right. Mr. McAlister, sir, I wish you the best of luck,” Judge Loretta Giorgi said in her courtroom on April 10, one month after McAlister accepted a plea from Boudin for second degree robbery.

“I’d like to get my ankle monitor off today,” McAlister replied.

“I did, like, a lot of extra time, like maybe a year extra. So, what happens with that credit?” McAlister pushed. “Will they take it off my parole?”

“That you’ll have to ask the parole agent about.”

And with that, McAlister was a free man.

The other problem with Boudin’s statement is that prosecutors are supposed to convince judges why they shouldn’t release someone. I’m not letting San Francisco’s notoriously lenient judges off the hook (or the voters who elected them), but when I read transcripts of current cases, I have a hard time telling the prosecutor and the public defender apart. That’s not true when I read transcripts of older cases during Gascón’s tenure, where prosecutors like Mike Swart and Thomas Ostly argued brilliantly on the people’s behalf. Boudin fired his most seasoned prosecutors early on, including Swart and Ostly, and since then nearly half the legal staff has quit or left the office. Boudin has replaced them with former public defenders and defense attorneys, and in court transcripts it is clear they have no idea what they’re doing.

It’s gotten so bad that even judges are complaining. “I cannot express in any more certain terms my disapproval of the manner in which the Office of the District Attorney is being managed,” Superior Court Judge Bruce Chan said during a hearing last fall. “We simply cannot have the current levels of inadvertence, disorganization, and expect there to be any confidence in what we do here collectively … Constant turnover, constant managerial reorganization, all these things, whether it’s intentional, whether it’s reckless, whether it’s excusable neglect … I hope that people in the District Attorney’s Office will shift their focus from some of the bigger issues and concern themselves with the unglamorous yet necessary work of public prosecution. It’s time to really take care of business at home instead of thinking about the national or state stage.”

Meanwhile, Troy McAlister and other high profile murder defendants, like Zion Young and Jerry Lyons, languish in county jail — not only because Boudin doesn’t want to try them prior to the June 7 recall election, but also because he doesn’t have a single prosecutor left with homicide experience. Many of the defense attorneys he brought over from the San Francisco Public Defender’s Office, where he too once worked, are inexperienced at trial to begin with. To make things even tougher for victims and their families, ideology often looms large in the courtroom, because, let’s face it, you don’t walk across the hallway and change your allegiance — just ask their boss.