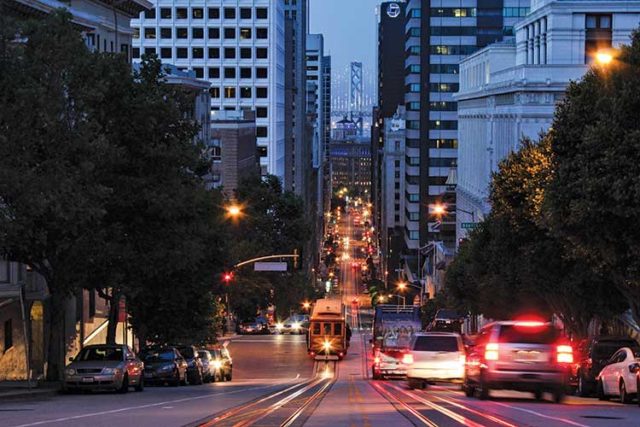 How fast will San Francisco attract new or returning residents as the pandemic remains to be seen. Photo: JHaynam/Pixabay
by Garey De Martini

It’s been just over a year since shelter-in-place protocols were initiated due to the coronavirus pandemic. At long last, there truly seems to be some light at the end of this terrible Covid tunnel, as vaccinations are becoming more available and things are opening up again.

The pandemic has had an extraordinary impact on real estate, one few may have expected. Rather than hampering home sales, it seems to have accelerated them.

Closer to home, Scott Brittain, a sales associate with Sotheby’s International Realty in San Francisco, recently said, “The single-family home market is on fire right now as buyers are acting upon their desire for more square footage and outdoor space. When priced correctly, there are bidding wars on almost every house within one week of its coming on the market. We’re also seeing many positive signs that suggest the condo market is rebounding from last year’s decline in value.”

Brittain added that his brokerage recorded an increase of 88 percent in closed transactions in February 2021 over February 2020. That’s not entirely surprising. January and the beginning of February have traditionally been slow months in real estate, but the pandemic has significantly changed the normal seasonality of the market.

It’s worth noting that the most expensive home ever sold in the Marina District was purchased at the end of February for $12.5 million. The five-bedroom, four-and-one-half-bath Mediterranean-style home is located across from the Palace of Fine Arts.

Reuters reported that U.S. households ended 2020 with a record $130.2 trillion in wealth as rock-bottom interest rates and a massive fiscal rescue stemmed the financial fallout from the coronavirus pandemic.

Rising equity markets added $4.9 trillion to household assets in the fourth quarter and rising real estate values added around $900 billion, a Federal Reserve report showed. Balances in cash, checking accounts, and savings deposits rose by a combined $642.7 billion in the fourth quarter to a record $14.1 trillion. Household wealth rose $12 trillion from the year-earlier period, and consumers paid off a record $118.3 billion in credit card debt.

A lot of people did well during this pandemic. Others, of course, not so much. For example, the Federal Reserve report does not provide a breakdown of higher-income families versus poor ones, and it masks the very different experiences of those who were employed and those who were not, as well as of those who owned stocks and homes and those who did not.

The remote work revolution is underway and receiving a lot of press, but it’s leaving many behind. Roughly 40 million Americans work in lower-wage, high-risk jobs that require close contact with other workers or customers. What’s more, white workers are considerably more likely to work remotely than Blacks or Hispanics, who have been afflicted with Covid-19 and died at much higher rates than whites.

Nevertheless, the remote-work revolution is here, and it looks like it’s here to stay. The Wall Street Journal reported recently that a year ago, just before the start of pandemic lockdowns, some 10 percent or less of the U.S. labor force worked remotely full time. Within a month, according to Gallup and other surveys, around half of American workers were at distant desktops. Today, most of them still are.

Surveys of employers and employees alike suggest a fundamental shift. While forecasts differ, as much as a quarter of the 160-million-strong U.S. labor force is expected to stay fully remote in the long term, and many more are likely to work remotely a significant part of the time.

Such changes may begin to reverse the increasingly winner-take-all nature of America’s economic geography, according to The Wall Street Journal. In the decade and a half leading up to the Covid-19 pandemic, more than 90 percent of employment growth in America’s innovation economy was concentrated in just five coastal metro areas: San Francisco, San Jose, Seattle, San Diego, and Boston. As a result, those cities, along with New York, Los Angeles, and Washington, D.C., had become more and more expensive.

The effects of the remote work revolution are already being felt. Rents have fallen and vacancies have risen significantly in superstar cities, particularly in San Francisco and New York, according to data from Zillow and Apartment List.

“There were people who decided to move out of the city last year, given their ability to work remotely,” Brittain said. “For us in real estate, the big questions for 2021 are ‘Will the people who moved away decide to return to San Francisco as their companies resume in-office operations, and how will that affect the market?’”