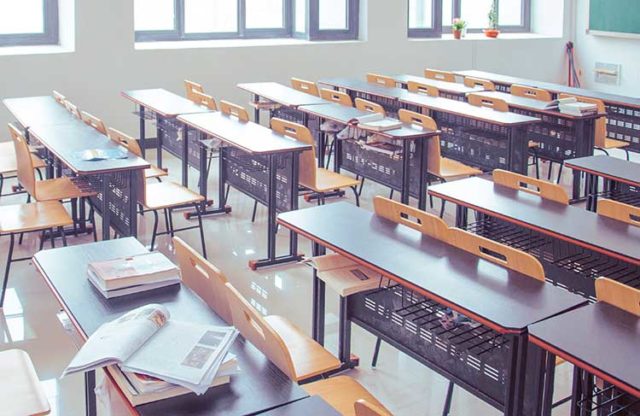 California lags the nation in getting its public schoolchildren back into classrooms, Photo: Weisanjiang
by Christina Moragon and Kate Stoia

As moms with teenagers who spent the past year at home in Zoom school, we’ve perfected the art of the eye roll. Often at each other. But we found a common source of exasperation: the politicians who played games over school reopening.

Assemblymember Phil Ting (D-San Francisco) received a lot of praise for his legislation that offered school districts an incentive of additional state funding if they reopened by a certain date.

When San Francisco’s school district tried to qualify for the funds by having high school students return to a physical classroom for just three days, Ting said he was “absolutely shocked” that SFUSD didn’t “meet the spirit” of his law. Yet Ting was called out by the editorial board of the San Francisco Chronicle, which said the “fake high school reopening” should teach him “a lesson.”

If Ting wanted to ensure schools reopened for real, his law should have mandated it in the first place. It’s clear that incentives alone weren’t enough to counter the powerful interests that kept public schools closed long after it was safe to reopen them.

We question if Ting found any of this truly shocking.

An earlier version of school reopening legislation received such strong pushback from teacher’s unions that it was replaced with a toothless law.

We understand that taking on the teacher’s unions comes with a lot of political risk, especially since the California Teachers Association spends more than any other group to influence state lawmakers — even outdoing Big Oil as the top spender in Sacramento. It’s no wonder California lagged behind nearly every state for in-person instruction.

We searched the California secretary of state’s campaign finance website to see how much Ting benefits from teacher’s union support. We found that the California Teachers Association invested nearly $40,000 in getting Ting re-elected last year.

Could it be that Ting’s school reopening legislation was merely performative to score points with parents while keeping the teacher’s unions happy? Did Ting only act shocked when San Francisco’s school district tried to use the loophole in his law?

Whether intentional or sloppily written, Ting’s legislation created a mess in which students were the ultimate losers. High schoolers didn’t get in-person learning this year, and now they might not benefit from additional state funding.

Things got even messier when Ting sought help from other state officials to close the loopholes in his own law. Ting sent a letter to Betty Yee, the state controller, and Tony Thurmond, the state superintendent of public instruction, asking them “to ensure that these loopholes, which are intended to skirt these funding guidelines, are not allowed.”

State Senator Scott Wiener and Assemblymember David Chiu co-signed the letter. But they quickly distanced themselves from Ting after he tweeted that he “led the SF delegation in urging the state to deny SFUSD $12 million in school reopening funds.” Wiener and Chiu tweeted they want to hold San Francisco accountable for providing in-person learning for all students, but said “in no way are we calling on the state to deny funding.”

We agree. Why punish students further?

Decreasing the Distance, a group of frustrated and exhausted parents who have pushed for reopening schools, recently published a report that cataloged the learning loss and mental health effects of a year of Zoom school.

Only after parents organized rallies and recalls did the school board and teacher’s unions commit to full in-person learning in the fall. But we have to keep up the pressure to make sure this doesn’t include any farcical “Zoom in a classroom” situations.

It’s a shame Ting’s legislation didn’t mandate in-person learning from the start. Our kids could have been back in school for months this past school year — and fully funded — if Ting had just stood firm with the teacher’s unions.

If you find all of this deserving of a big eye-roll, hold Ting accountable when he’s on the ballot next year.

Meanwhile, be sure to hug a recent high school graduate. They’ve been through enough the past year without having to experience this final lesson in cynicism.