A new deal is needed

It’s time for the city to renegotiate its trash and recycling arrangements to suit rate-payers. 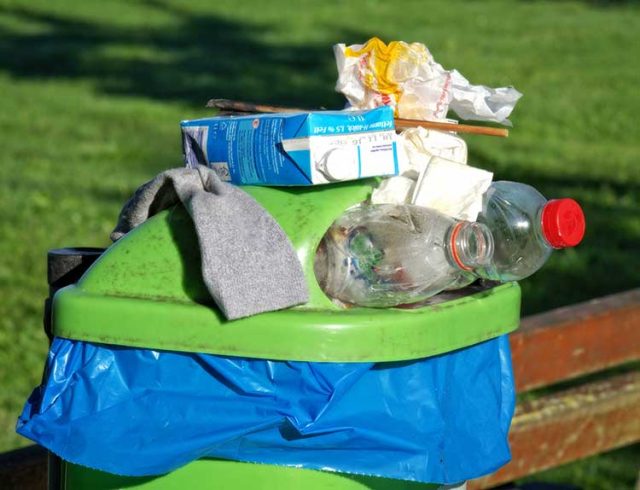 A truism applicable to San Francisco declares: “Our city was in better condition when there were more whittlers and fewer chiselers.” The degraded status of city government resulting from City Hall knaves has tarnished our reputation. Streets are filthier. Homelessness seems rampant. Crime increases. Businesses close. Recent charges by U.S. Attorney David Anderson of public corruption against highly paid public officials reveals the improbity of City Hall. For almost two decades, “pay-to-play” has pervaded our “City Family” with bribes to obtain millions of dollars in public contracts.

Presently, criminal charges have been filed only against powerful non-elected officials. Mohammed Nuru, once director of the Department of Public Works, is charged with bribery. Harlan Kelly, ousted general manager of the Public Utilities Commission is in the dock. His wife, Naomi Kelly, city administrator is on leave and under scrutiny. Former Mayor Willie Brown raises money for Nuru’s legal bills while people wonder how elected leaders like the city attorney and two successive district attorneys were oblivious to a corrupt culture. City officials have treated taxpayers’ dollars as their own slush funds, distributing public works contracts to cronies and other corrupt persons, disregarding solemn ethical duties to use public resources for San Francisco residents’ and taxpayer needs pursuant to a clear and creditable public process.

Another example is the relationship between City Hall and Recology, Inc., a searing illustration of officials and practices allowing the fleecing of San Franciscans.

Since 1932, San Francisco has contracted with Recology and its previous iterations, granting it a monopoly on waste collection services, and, later, recycling. Whether you are a homeowner or a tenant you’re required to pay for garbage collection services. If you don’t, City Hall records a lien on your property for the amount due, acting as a collection agency for a private entity.

Last November, U.S. Attorney Anderson accused a Recology executive of money laundering and giving a million dollars in bribes to Nuru. Recology financed Department of Public Works holiday parties, hired Nuru’s son, and paid for a DPW employee’s funeral. Curiously, those actions occurred prior to a request for a 2017 rate increase granted by Nuru and affirmed upon appeal by a rate board consisting of the city controller, the PUC general manager’s deputy and the city administrator’s deputy. One wonders why the Kellys directed their deputies to hear the appeal rather than themselves, as law allows.

Under the 1932 Refuse Collection and Disposal Initiative Ordinance, San Francisco must award a sole-source contract to Recology to collect our garbage. That’s why San Franciscans pay higher rates than all 20 Peninsula cities’ residents, including tony Hillsborough and Atherton rate-payers. Recology’s monopoly must be ended by requiring the garbage and recycling contracts to be competitively bid and open to public scrutiny.

Outraged commercial property owners in Chinatown led by Dr. David Lee, a San Francisco State University political science lecturer, Richmond resident, and founder of Chinese-American Voters Education Committee, and Melvin Lee, a long-time laundromat owner, have initiated a petition to the Board of Supervisors to abolish the 1932 monopoly law and enact competitive bidding for garbage and recycling, after reducing garbage and recycling rates to their 2017 levels.

That will, of course, require voter approval. If supervisors refuse to do so, San Francisco business owners and residents will present rate-payers an opportunity to qualify a ballot measure to cure the Board of Supervisors poisonous failure in representing rate-payers.

An old cliché states: “Honesty pays, but it doesn’t seem to pay enough to suit some people,” particularly at City Hall.