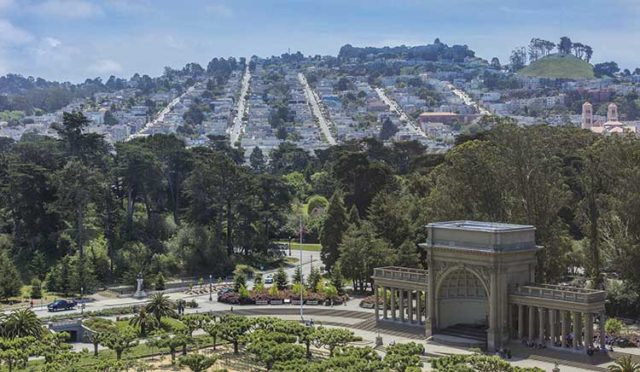 Think you’ve seen fewer open house signs in San Francisco lately? That is likely the case, but perhaps for a different reason than you might expect. It’s not necessarily because there are fewer homes for sale, but because real estate agents are simply not posting “for sale” signs in front of their listings. The same is true for “open house” directional A-frame signs.

“Posting a for-sale sign seems tantamount to saying ‘Vacant and Staged, Come Break-In’,” said Matt Fuller, co-founder of Jackson Fuller Real Estate and a past president of the San Francisco Association of Realtors. “The thinking is that serious home buyers are using an app to assist them in their home search.”

When buyers use an app, they know when open homes are scheduled, and more likely than not have a map with GPS already in the app. This eliminates the need to have for-sale signs in front of houses, and open-home A-frames crowding corners. Open homes are back, but the signs may be gone forever.

The question remains: Are there fewer homes on the market right now? According to Ted Andersen with the San Francisco Business Times, the net number of homes on the market in the city, which peaked in October, dropped in early November to 1,150. Inventory levels were down 36 percent on a year-over-year basis, but were still 25 percent above 2019 for the same period.

There are homes for sale throughout the city, but unfortunately, not enough of them. The number of well-qualified buyers is still far greater than the number of homes available for purchase.

Single-family homes remain the most desirable segment of the market, but days on market remained low and prices were up for both single-family homes and condominiums. While high-amenity, high-dues, large luxury condo buildings have been price-challenged by a glut in supply, condos in boutique-size buildings with low dues and few shared amenities continue to do well.

Of course affordable housing remains an issue. “What a complete and utter embarrassment to our city,” Fuller said about a recent vote by the Board of Supervisors. “Eight supervisors who label themselves ‘pro-housing’ voted no on almost 500 new homes to be built on an empty parking lot — a project that the neighborhood’s elected supervisor fully endorsed. Usually we Realtors are mad at only three to five supervisors at a time, so eight sets a record of sorts.”

The year 2021 was an absolute nightmare for would-be homebuyers across the country, according to Lance Lambert with fortune.com. Even if they could find a home within their budget — no easy task as inventory hit a 40-year low — there’s a good chance would-be buyers lost out in a frenzied bidding war. That’s not an exaggeration: At one point this spring, a staggering 74 percent of U.S. home listings were getting multiple offers.

But there might be a tiny bit of good news for house hunters: The industry consensus is that the 2022 housing market will see less crazy price hikes. Some of that cooling is already apparent.

Looking ahead, National Association of Realtors chief economist Lawrence Yun said even though there might be a decline in sales in 2022, he still forecasts home sales will outdo prepandemic levels across the nation. According to mortgagenewsdaily.com, his prediction is based on an anticipation of more inventory in the coming months. That supply will be generated, in part, from new housing construction — already underway — as well as from the conclusion of the mortgage forbearance program (temporary suspensions or reductions due to hardship during the pandemic), which in turn will cause some homeowners to sell.

Mortgage rates, inflation, supply chain issues, and labor shortages could of course have a significant impact on all of these projections. For example, there had been a wood shortage earlier in the year, and just when the cost of lumber finally came down, there was suddenly a shortage of appliances and cabinets. Construction delays continued.

As 2021 comes to a close, Fuller looked back on the year in San Francisco and talked about what he found most remarkable. “It was the little things; an escrow without 14 identical 4-page forms waiving COVID liability; dropping my kid off at school in the morning; an indoor meal with clients at a restaurant,” he said.

“And despite all the common frustrations, I am encouraged by the number of my fellow city-dwellers I see with a deep, deep love for San Francisco, and a simultaneous desire to help make [the city] a better, safer, cleaner, and more housed city for all of us. And as for those ‘San Francisco is dying’ stories? Not my experience at all.”