Affordability is in the eye of the beholder 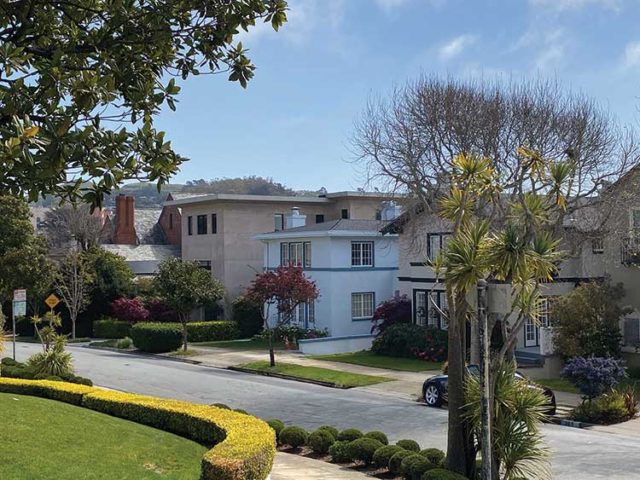 U.S. cities in the top 10 include New York and Los Angeles. No San Francisco. Not even in the top 20. We can’t tell you exactly where the city ranks, but in 2019 San Francisco was one of the world’s highest climbers, moving up 12 places to 25th on the EIU list.

So the next time you think things are expensive here, remember, based on a worldwide cost of living index, things would be worse if you were living in Sydney, Australia or even Dublin, Ireland.

Not that homes aren’t expensive here and elsewhere in America. According to a recent Zillow report, there are now 481 cities nationwide in which the typical home value is at least $1 million. A record 146 new U.S. cities became “million-dollar cities” in 2021, the highest number of new entrants in a single year. What’s more, 49 more cities could join the $1 million club by mid-year.

Metro areas (a regional demarcation that typically includes several counties) with the most $1 million cities? San Francisco and New York lead the way, with 76 such cities each. Followed by Los Angeles (57), San Jose (22), Boston (18), and Seattle (16).

A second Zillow report says that the U.S. housing market has doubled in value since the Great Recession. It gained $6.9 trillion in 2021 alone, easily the most ever in a single year. It’s important to note that the most-expensive third of homes accounts for more than 60 percent of the market’s total value.

Of course, in San Francisco a $1 million home isn’t what it used to be.

Ron Wong and Mike Tekulsky, agents with The Wong Tekulsky Team at Compass, say they are now seeing houses sell for close to $2 million in San Francisco neighborhoods that never received this kind of attention in the past.

“Location doesn’t matter as much anymore,” said Wong. “People want a house that is a comfortable place to spend 24/7 the next time a Covid variant comes around. In the city, if a neighborhood isn’t trendy yet, give it a few months and a new coffee shop will open up down the street.”

“People don’t want to deal with a remodel,” added Tekulsky. “They are reading stories about supply chain issues and the inflation in building materials, so they will pay a premium for a remodeled house. We have buyers whose parameters are all about the house and it can be virtually anywhere in the city.”

The agents also said even the condo market is back. There was a time when condos weren’t in demand because of Covid. Turns out the elevator is not the super spreader it was once believed to be. Rents that were once lower have steadily increased, and people who opted to rent rather than buy in 2020 and 2021 are now looking to purchase a home. And a condo is what many want.

Why condos? The lower purchase price is a big reason, and also because the single-family market is saturated with older homes fetching multiple offers. A condo built in the last 20 years with good reserves and management is looking more and more attractive to a sizeable number of buyers.

In a piece published in early February by the San Francisco Business Times, Ashley Fahey reports that some of the most expensive parts of the country are actually more affordable now than they were prepandemic. Since 2019, household incomes rose 15 percent and 13 percent, respectively, in San Jose and San Francisco.

Unfortunately, even though a greater number of households in these areas could afford a slightly more expensive home, there are fewer options available because of record-low inventory. A National Association of Realtors analysis found households in San Francisco in the $125,000 to $150,000 income bracket have 300 fewer homes they can afford compared to December 2019.

On a more hopeful note, inventory will improve in the coming months, according to Wong and Tekulsky. The selling season of April and May approaches. Some sellers will see this as a time to cash out and take an early retirement.

At this point, one thing is fairly certain. Demand will continue to outpace inventory. And no matter how outrageous an asking price for some home might appear to be, someone is likely to bid over it, purchase the place, and think they got a pretty good deal.