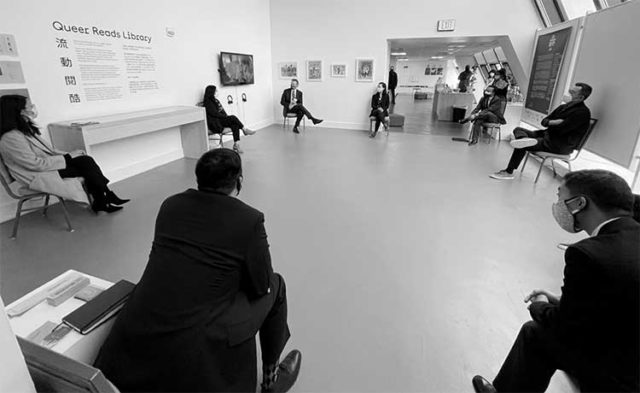 Gov. Gavin Newsom appeared in San Francisco in late March to decry the continued anti-Asian incidents that have included verbal harassment, physical attacks, and even fatal altercations. Speaking at the Chinese Culture Center, Newsom said, “The idea that we are today in 2021 still having conversations we were having in 1881, a year before the Chinese Exclusion Act in 1882, is painful and infuriating at the same time. … What the hell is wrong with us?”

Nationwide, more than 3,800 anti-Asian incidents have been recorded in the past year, and Newsom said many hate crimes are likely not being reported.

Just days before Newsom’s appearance, San Francisco police announced they would be conducting increased patrols in Asian neighborhoods, but that didn’t stop a man who attacked a 75-year-old woman on a Market Street corner while she was waiting for the light to change. The woman responded to his unprovoked punch in the face by striking him back. The man was believed to have attacked an 83-year-old Asian man earlier.

As the case reached the national media, the city’s controversial school board found itself dragged into the situation when a group seeking to recall the board released six-year-old tweets from Commissioner Alison Collins. The tweets, in which Collins addressed conflict between Asians and Blacks, include anti-Asian tropes and a racial epithet.

San Francisco State Assemblymember David Chiu called for her resignation, accusing her of perpetuating false and harmful stereotypes. “When communities are pitted against each other, we all lose,” he said in a statement. “During this moment of crisis and instability, we need school leaders who are unifying, and not dividing.” Mayor London Breed also called for Collins’s resignation, as did a number of supervisors, including District 2 Catherine Stefani and District 3 Aaron Peskin.