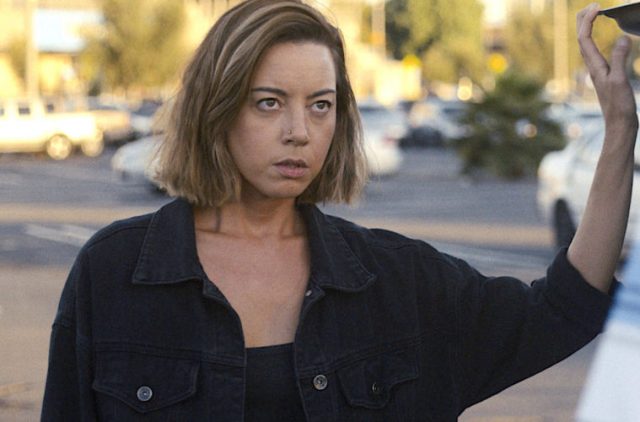 In his latest review, journalist Chad Byrnes reviews actress Audrey Plaza’s newest film, Emily the Criminal, in theaters now. Written and directed by relative newcomer John Patton Ford, whose resume is mainly short films (Patrol, Beautifully Esther), the film is said to pack a punch and a twist that’ll leave even the most wary of filmgoers satisfied.

“This taut thriller might feel like a Sundance indie but it’s got the heart of a 70’s character study.,” reviews Byrnes. “Plaza, best known for her sardonic persona in Parks and Recreation and a slew of indie comedies, discards the deadpan wit that put her on the map, taking on the titular character with such heartfelt grit, you can’t help but empathize with her, even as she makes some terrible choices.”