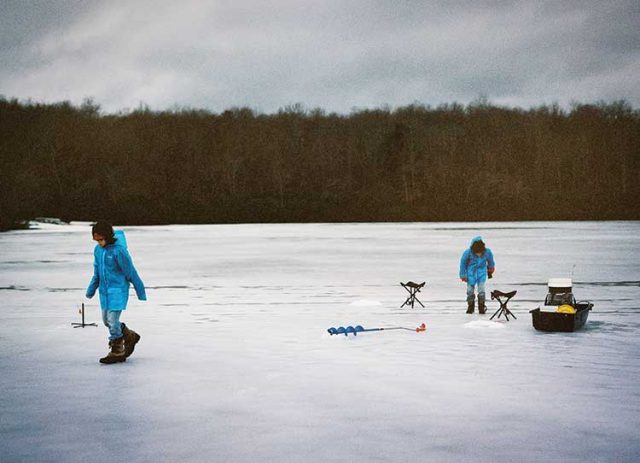 “I have faith that art is unwavering — and ‘essential’ — the word of 2020!”
— Margaret Cheatham Williams

Opening a gallery in 2021 is indeed a bold leap of faith. With retail shuttering and off-and-on stay-at-home orders, Margaret Cheatham Williams is bringing her award-winning narrative photography to the esteemed Sacramento Street shopping district. What moved her to open a gall=ery during the Covid-19 crisis? “It’s either brilliance or insanity, depending on the day’s news,” Williams said. “… I was experiencing such a dramatic wanderlust, and I spent a fair amount of time rediscovering favorite photographs from my archive. … I wanted to share art in a physical sense, as I think we are inundated with images on the web, and it felt important to have a tangible space in which to connect with the work and with viewers. I also was experiencing such a desire to change up my surroundings, and bring in physical reminders of the world at large, so I assumed (or hoped!) that others would feel the same way.”

The world at large shows up in Williams’s photography in the form of documentary-style storytelling, a craft honed during her nearly seven years as a visual journalist and editor at The New York Times. Her work as an independent film producer captures moments that touch on the intersection of health, family, and personal identity. Her expression is also rooted in a love of travel and the quiet capture of scenes not always noticed.

Her first exhibition, “Thoroughfare: A way or place for passage,” encapsulates the idea of the thoroughfare, featuring roadside finds from Williams’s cross-country adventures. “Ice Fishing” reveals two figures in bright blue coats on the white sheet of a frozen lake in the Catskills, the image bisected by a dark row of trees and moody grey skies.

Inspired by the early work of William Eggleston, and with a car dealer father, Williams has “a thing for vintage cars.” This theme is represented in several of the works displayed, including the black-and-white photograph “Falcon,” which is dominated by a hazy sky punctuated by a single car below a dark tree line in an otherwise empty parking lot, a highway sign making a lonely appearance in the distance while the driver of the car bows his head. The viewer is the omniscient third person, a point of view suggestive of film narratives, and our imaginations fill in the details of what adventures these scenes hold. In whimsical works like “Hector” we’re rooted to the street scene by a young man’s smirking gaze behind the wheel of a classic car, while in “Driveway Sessions,” a boy with a French horn simultaneously serenades and stares down the camera. A sense of nostalgia, motion and stillness runs through the works on display.

Williams almost exclusively shoots on medium format film, bringing a texture and granularity in keeping with the realness of her character studies and discarded objects — worn and expressive like the materials in her visual field. She offers her work framed as editioned archival giclée prints, and also creates custom Lucite panels as well as custom iron work. Moxie’s Daughter showcases all three forms. In the future, Williams hopes to display the work of other photographers with a journalism background.

Williams is the latest female to open a business on Sacramento Street, an arts-and-design district that has grown into a female-owned business mecca with 62 percent of businesses operated by women. The gallery is named after the artist’s mother, Moxie, whom Williams says is “my fiercest supporter, best critic, and guide in all things.”

Sharon Anderson is an artist and writer in Southern California. She can be reached at  mindtheimage.com.