Martin Gayford’s latest book takes on the history of London artists from the end of World War II to the 1970s. More than just an art history book, Gayford weaves stories about relationships — artists as friends, as students and teachers, and as participants who combined to define painting from Soho bohemia in the 1940s to the swinging ’60s. 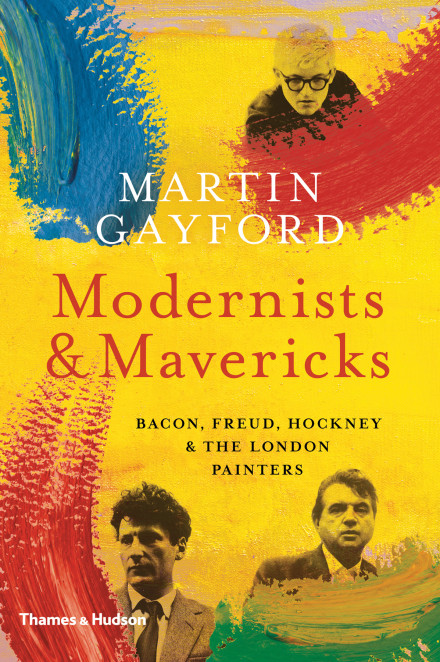 WHY DO PEOPLE CREATE ART?

Fully illustrated by documentary photographs and artworks, Gayford draws on extensive interviews with artists to build an intimate history of an era. David Hockney said, “Reality is a slippery concept, because it is not separate from us. Reality is in our minds.” The objective and subjective, and the reasoning behind why people create art play into Gayford’s storytelling.

The painter William Coldstream, with his measured attention to detail in his dreamlike landscapes, struggled with the endless options presented by painting. Subject matter, being limitless, plagued his decision making. In an interesting twist, Coldstream admitted that a paying portrait customer helped his motivation. “If you have great difficulty in making yourself work, as I do, if the sitter’s really going to arrive you’ve jolly well got to be there and be ready to paint whether you feel like it or not,” he said.

In contrast, Francis Bacon became known for his instinctive, violent brushstroke style that caused some artists to suggest he couldn’t even draw. Subject matter seemed to come from a mysterious and random place inside the artist, and the canvases presented a kind of a chaos that provoked like an assault on the viewer. His outrageous personality added an extra level of mystery. Bacon famously destroyed many of his paintings after they were complete when the improvisation and accidents on the canvas no longer pleased him. This is positively cringe-worthy for the reader because we learn in the introduction that in 2013 Francis Bacon’s Three Studies of Lucian Freud (1969) sold at Christie›s New York for $142.4 million and was, for a time, the most expensive artwork ever sold at auction. 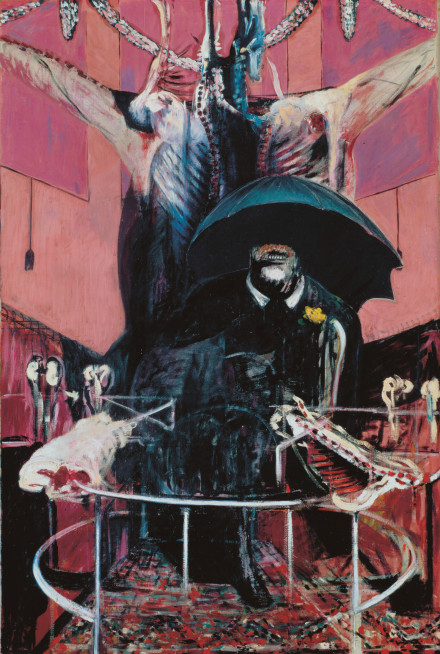 The rise of prominent female painters in London and the challenges they faced are told through the experiences of artists like Gillian Ayers. The painting world, still decidedly masculine, encouraged women to be satisfied with the role of muse, or perhaps sacrificing their own needs to support and assist a boyfriend or husband with creative inclinations while ignoring their own. Prunella Clough’s ambitious urban landscapes Cranes and Men (1950) carries the same authority as the semiabstract scenes painted by Marcel Duchamp or Francis Picabia.

The centerpiece of the beginnings of pop art in late 1950s London is Richard Hamilton’s book, Just what is it that makes today’s homes so different, so appealing? (1956). Its famous collage, a smiling muscle-bound male holding an impossibly large and comically phallic Tootsie Pop in a mid-century modern interior accompanied by a bare-breasted woman sitting on a sofa with a lampshade on her head, is considered the first masterpiece of Pop Art.

Gayford points out that artist Peter Blake claims to have originated the term “Pop Art” in London. During a conversation Blake had with English art critic and curator Lawrence Alloway, he discussed his inspiration to paint, which came from popular figures like rock ’n’ roll musicians in paintings like Got a Girl (1961). Blake was a fan, and his paintings grew out of that enthusiasm. During their conversation Alloway was said to have responded, “Oh, you mean a kind of pop art?” Another version of the story has composer Frank Cordell and the collagist John McHale inventing the phrase in 1954. In any case, when Alloway used the expression in New York in 1961, he baffled local artists Claes Oldenburg and Jim Dine, who went on to became prominent American figures of the Pop Art movement.

Entertaining and illuminating stories abound in Gayford’s text about the charismatic realist painters David Hockney and Lucian Freud. Hockney, who began as a loose, gestural painter, became a photorealist with a bold sense of color as he depicted human subjects in varying interiors. Freud pushed the possibilities of paint to render in two dimensions the physicality of three-dimensional human flesh and presented human nudity in ways that were daring and sometimes confrontational. Ignoring the perfection of Greek statues, Freud offered human nudity — toes, knees, shoulders, and sexual organs — in a new realism that was believable.

Throughout Modernists & Mavericks, Gayford’s storytelling characterizes London’s eclectic approach to visual art and the multiple possibilities stemming from the single question: “What can painting do?”