Are burglars creeping inside your house while you sleep? 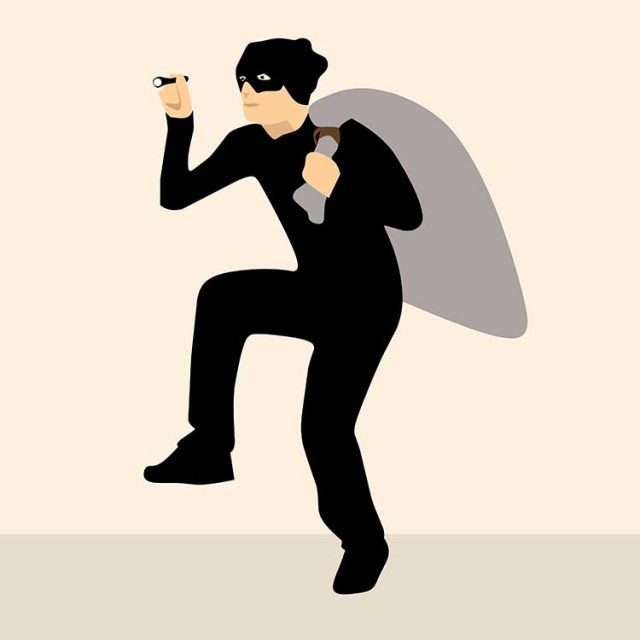 The burglars are adapting to pandemic patterns and prosecutorial leniency. Photo Mohamed Hassan
by Lou Barberini

For San Franciscans, at the end of a long day, when the last lights go out, and the kids are tucked in their beds, there is an expectation of privacy and refuge. A residence is a castle that protects one from the harsh realities outside. At least that’s the way it used to be.

Prior to Mayor Breed’s St. Patrick’s Day shutdown, existing criminal trends continued to accelerate in 2020. Robberies increased 23 percent and car break-ins were up 6 percent compared to 2019.

But then the Covid-19 storm hit and altered the criminal strategy. With a lack of tourist victims, instead of breaking into cars, thieves started stealing entire cars. Instead of robbing the weak, robbers transitioned to burglaries. From the St. Patrick’s Day shutdown until now, car thefts are up 37 percent and burglaries are up an incredible 57 percent over last year. But it is the nature of the burglaries that should have residents concerned.

Unlike the movies, traditional burglars operate during daytime hours. A burglar might wait until a resident drives off to work. Ring the doorbell to verify no one is home. Peer into the garage mailbox to ensure no other residents’ cars are present. Then quietly as possible, break a widow or pry open a door. A traditional burglar is like a mouse. He wants to nibble on things to steal and disappear at the first sign of a human.

The new work-from-home environment has made it tougher on the mouse-like burglars to survive. But just as the shrinking Tahoe wilderness is forcing audacious bears into raiding cabin pantries, less street prey is driving violent criminals into brazen burglaries⎯ even if someone is home⎯ referred to as a “hot prowl.”

Coming home from work to discover you have been burglarized is traumatizing enough, but to have someone break into your home while your children are sleeping? This is why “hot prowls,” defined legally as “first-degree burglaries,” render stiffer penalty sentences per states’ penal codes.

Despite these legislative tools, much of the explosion in San Francisco burglaries is attributable to District Attorney Chesa Boudin (or his algorithm) treating hot prowlsas second-degree burglaries (“property crimes’) and releasing the burglars immediately so they can return back to their trade.

At midnight on August 5, while a couple slept in their Richmond district home, Jose broke into the couple’s garage and stole a bicycle. A neighbor called and filmed Jose stealing a bicycle and SFPD arrested him. Within just 48-hours, Boudin (or his algorithm) had Jose back on the streets.

In a proactive effort to decrease hot prowls, SFPD organized an undercover burglary operation. At 5 a.m. on December 1, just three blocks from the August 1 burglary as residents slept, officers watched Jose break a garage door window. He used a metal rod to open the garage release, and then rode off with another bicycle. SFPD arrested Jose (again.) Within 48-hours, Boudin (or his algorithm) had released Jose to a diversion program⎯ though to a highfalutin sounding “high needs program.”

At 6 p.m. in the evening of November 8, Marvellus stole a bicycle from a garage at Lombard and Gough Streets. Twenty-nine minutes later, Marvellus returned with three buddies and ransacked the rest of the garage⎯ all captured on video. SFPD prepared a crime bulletin photo. Completely across the city, Officer Tim Brophy examined the bulletin and noticed Marvellus had a GPS tracking monitor on his ankle. Through GPS, SFPD was able to put Marvellus at the scene of the crime, locate him, and arrest him. He had earned his ankle monitor when Boudin (or his algorithm), accommodated Marvellus with pre-trial release after SFPD had arrested him for breaking into a car.

In the early morning hours of December 8, while the resident slept, Ryan broke into a Marina home on Toledo Way. SFPD arrested Ryan, who had five outstanding hot prowl burglary warrants for failing to show up to court.

Just after midnight on December 3, Jose and two accomplices broke into a Noe Valley home while the residents slept. SFPD arrested the three and recovered a loaded semi-automatic pistol. Per the San Francisco Chronicle, Jose had an outstanding warrant for committing a homicide in the Mission, and he was linked to a November 11 Bernal Heights’ burglary with a gun, and a Bayview shooting. This what Boudin defines as a “property crime?”

It appears SFPD is consistently making arrests and providing Boudin with video evidence. But sadly, while residents are kissing their children good night, Boudin’s burglars are calculating, “Should I risk hard prison time by burglarizing a home in a surrounding county, or should I burglarize that kid’s home in Boudin’s jurisdiction and limit my downside to a couple hours in custody?”

And, that’s the way it is now!