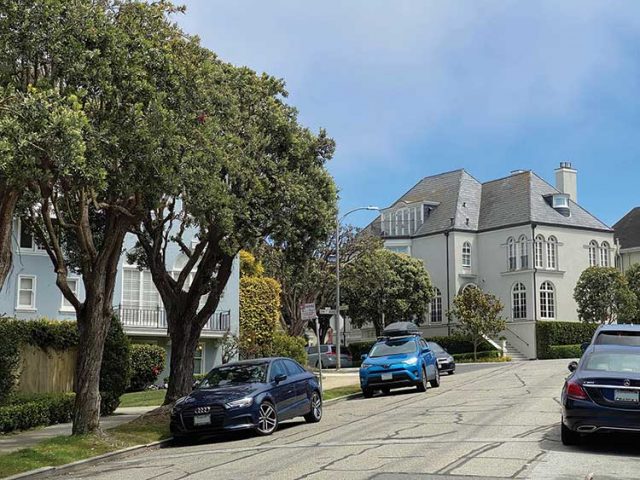 After an incredibly hot early spring start, San Francisco’s real estate market may be cooling off a bit. But just a bit.

“Anecdotally, we are hearing that some buyers are stepping out of their search due to a combination of rate hikes and exhaustion of competing for properties and losing out,” said Annie Williams with Sotheby’s International Realty.

“In addition, some tech folks have lost up to a third of their stock portfolio’s value this year. Along with other buyers who have down payments invested in stocks, they are certainly more wary than they had been previously,” according to Williams.

The median sale price for all property types in San Francisco hit an all-time high of $1.6 million in April, driven by a drop in available inventory compared to March.

According to the San Francisco Association of Realtors, in April condos shot up to an all-time median high of $1.38 million. Single-family home median prices peaked in March at $2.2 million, but were still at $2.1 million in April.

The average ratio of sale price to list price for single-family homes was at an all-time high of 123.7 percent in April. The number of available single-family homes continued a decline that started in November 2020, reaching a low point for the past four years of about 300 homes on the market in April.

Both March and April of this year recorded the lowest-ever average days on market — just 15 days. The median was low but not a record low, suggesting that some of the properties that had been sitting on the market for a long time were finally sold.

Clearly, the market was incredibly hot in March and April. Nevertheless, Ashley Fahey with the Business Times wrote in the middle of May that with mortgage rates rising and home-price appreciation continuing, there may finally be enough forces to slow the nation’s pandemic-fueled booming housing market.

She says Jeff Tucker, senior economist at Zillow, believes by fall or winter, it’s possible buyers will start to see some bargains. He thinks pricey West Coast markets like Seattle, San Francisco, and San Jose, as well as Mountain West markets like Boise and Coeur d’Alene in Idaho, could be the first markets to see a slowdown.

Pent-up demand is still present in the market, of course, but buyers do seem to be more cautious these days. This is especially true at the lower end of the market. In contrast, those shopping in the $2 million and over range may not be as sensitive to rising interest rates.

According to the Business Times’s Ted Andersen, there were no sales of $10 million-plus homes in San Francisco in January and February. And then just like that, there were eight sales of such homes in March.

The story is a bit different for lower priced homes, where demand seems to be softening. Buyers in this category tend to be more price-conscious. Fluctuations in the market and rates have a greater impact.

Consider this: less than half of the homes sold in the United States are affordable for middle-class Americans. Just 48.7 percent of homes sold could be characterized as being within the financial reach of middle-class families, according to realtor.com, citing the National Association of Home Builders/Wells Fargo Housing Opportunity Index as its source.

The country’s most expensive housing markets, both large and small, are based in California. The state is notoriously expensive, with a median home list price of $750,000. In the realtor.com survey, San Francisco was ranked the third least affordable market in the state and country, behind Los Angeles and Anaheim. For context, Stockton was ranked the fifth least affordable market in this survey.

It’s no wonder then that people who are not uber wealthy are a bit more wary when buying a home.

This can be devastating to sellers of course, who hear it’s a hot market — who expect multiple offers with over-asking bids in no time at all — and find they are unable to sell their homes.

It happens, according to Janet Siroto in a realtor.com piece entitled “The Secret Shame of Owning a Home That Just Won’t Sell.”“Denial, anger, embarrassment — all these emotions and more fill a home seller’s long days as they wait for their real estate agent to text or call with good news,” Siroto writes.

Turns out selling a home can sometimes be just as emotionally draining as buying one.