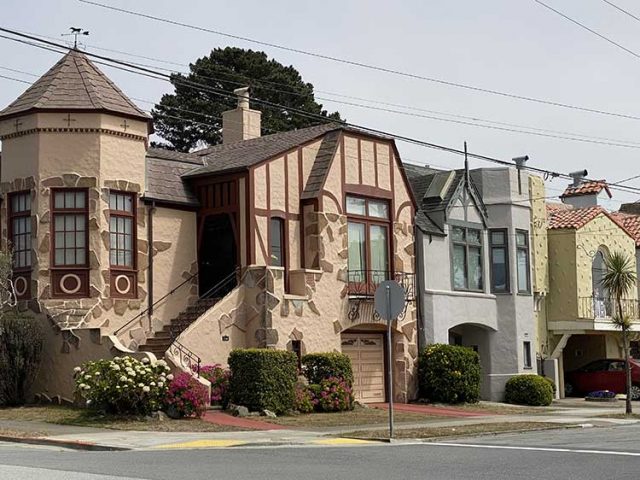 There might be more expectations of a downturn than there are actual signs of an economic downturn. Photo: Garey de Martini
by Garey De Martini

Looking ahead, Zillow recently predicted a sharp slowdown in the nation’s annual home value growth from the current pace of 19.8 percent to 7.8 percent growth through June 2023. Expectations for the year were revised down from Zillow’s previous forecast for 9.7 percent growth in the year ending May 2023.

The new forecast predicted a steeper drop in appreciation before stabilizing at levels closer to pre-pandemic averages.

According to Zillow, the housing market is quickly rebalancing from what had been arguably the strongest seller’s market in decades, because inventory is rising and competition for homes is easing in the face of significant affordability challenges. The rebalancing is expected to continue, given current macroeconomic headwinds.

We recently asked Ron Sebahar, a top-producing agent with Compass, to comment on San Francisco’s real estate market. We found his remarks insightful.

“July definitely felt the effects of the increase in interest rates and a volatile stock market that caused a lot of chatter about a recession,” Sebahar said. “This led to a fairly dramatic drop in sales volume, increased inventory, less overbidding, more price reductions, and lower appreciation rates.

“Still, buying and selling continued, but at a slower rate: 5,200 home sales were reported to MLS from Napa County to Monterey in July 2022. That volume number is down 38 percent from last July 2021.

“Meanwhile, San Francisco’s median home price was down year-over-year in July, from $1,850,000 to $1,680,000. At the time, there seemed to be a rather negative sentiment and forecast among buyers and sellers.

“But things change quickly in the city, and the sentiment seemed to improve in early August,” Sebahar continued. “This was presumably due to mortgage rates for a 30-year fixed-rate loan falling below 5 percent for the first time since April, a significant rebound in the stock market, and news of 528,000 new jobs being created in July.”

When asked to comment on what he is seeing himself on the ground, Sebahar was upbeat.

“Personally I’m currently working with twice the number of well-qualified buyers than I was the same time last year; at prices ranging from $1 million to $6 million for condominiums and homes throughout San Francisco.

“At three different meetings that I recently attended, agents confirmed that buyer interest has begun to rekindle. Their clients understand that there has been a decline in competition, fewer bidding wars, and an increase in inventory.”

Autumn typically sees a substantial spike in new listings and sales prior to the big mid-winter slowdown. This is what agents, buyers, and sellers are now focused on, according to Sebahar. The economy, at least at the time of this interview, seemed less of an issue.

“I’ve worked in real estate in the Bay Area since 1989, and the only times I’ve witnessed a sustained decrease in property values are when buyers are fearful of losing their jobs and afraid they may be unable to make their mortgage payments,” Sebahar said. “But I’ve not heard of any such concerns from buyers or agents yet.

“We’re simply not seeing the layoffs and fears of job loss associated with recession of the early 1990s, the post-9/11 and dotcom bust of 2001–02, and the Great Recession of 2009–10. Even after those events, of course, values eventually returned.”

We asked Sebahar if he’s seeing anything going on in the market that people aren’t really talking about. His answer shouldn’t be a surprise, but he’s right — this phenomenon is a bit under the radar.

“I don’t hear people talking about the significant amounts of wealth being transferred from baby boomers to their children and grandchildren in order to help them buy their first homes.” Sebahar said.

“Some are paying cash for these properties; others are providing the large down payments required in San Francisco, and then having the child or grandchild pay the mortgage and property taxes.”

We asked Sebahar to comment on a recent SFGate article that seemed to suggest renting might be a better bet in San Francisco, because the Bay Area has the largest gap between renting and buying a home in the nation.

“Higher interest rates and lower rents in San Francisco clearly improve the favorable economics of renting. But renters miss out on the opportunity to build wealth through equity appreciation,” Sebahar said.

“There are tax benefits as well. But the bottom line is I have never heard a property owner tell me they regret buying — but I have had many renters tell me they wish they would have purchased back when homes were much less expensive.”

Some good food for thought.