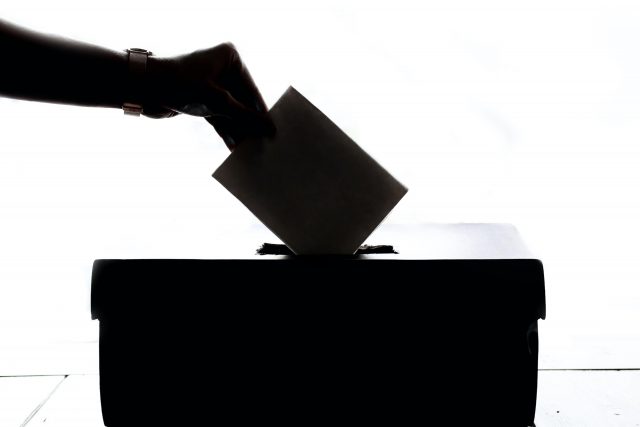 Photo by Element5 Digital on Unsplash.
by Susan Dyer Reynolds

Last night San Francisco residents overwhelmingly voted to recall District Attorney Chesa Boudin. Running on a platform of “decarceration,” Boudin was elected by razor thin margins in a ranked choice election where two moderate candidates canceled each other out. Over the two-and-a-half years he was in office, Boudin, a former deputy public defender, used a lot of progressive buzzwords about fixing the criminal justice system, but his words never translated into actions. Then, on New Year’s Eve 2020, a repeat felon driving a stolen car hit and killed two women, 27-year-old Hanako Abe and 60-year-old Elizabeth Platt, in a crosswalk.

A 253-page document obtained by The Marina Times which details the felon Troy McAlister’s 25-year criminal record reveals a clear pattern of drug addiction and escalating violence. By the time he wound up in jail for robbing two women at gunpoint at a convenience store, even Boudin’s left-of-progressive predecessor, George Gascon (now facing his own recall as the district attorney in Los Angeles) was recommending a lengthy prison sentence under California’s Three Strikes law, which allows prosecutors to seek a prison sentence of 25 years to life if the defendant is convicted of three serious or violent felonies. Not only did Boudin ignore Gascon’s recommendation, after just three months on the job he arranged for a plea deal that set McAlister free for time served awaiting trial in county jail. McAlister was arrested five additional times over the next nine months, but Boudin filed no new charges. In one incident, arresting officers added a note to their report for the DA: “This suspect is dangerous. He has 73 felonies and 34 misdemeanors in San Francisco alone.”

Hanako’s mother, Hiroko Abe, who lives in Japan, says Boudin told her the reason he released McAlister was because “he got his GED in jail.” That sums up Boudin’s disconnect between incarcerating people who are clearly a danger to society, and criminal justice reform — which are not mutually exclusive. In McAlister’s case, he was given all the chances most people need to succeed in life: he grew up in a middle class neighborhood, went to private schools, and has a brother who graduated from college and works in high tech. Instead, he spiraled into drug addiction and a pattern of crime to feed his habit that grew more violent over two decades, where he wasted numerous chances while in and out of jail. Because Boudin is ideologically opposed to incarceration (he forbade his staff to charge gang and gun enhancements, as well as strikes, which in McAlister’s case would have netted him a long prison sentence) innocent lives have been harmed or lost, and victims and their families are still waiting for justice.

Though Boudin talks a big game about reform, in reality he came into his new role as a man without a plan, and what policies he did institute harmed not only victims but perpetrators. The cases he bungled piled up quickly.

In October 2020 Jerry Lyons was arrested on stolen car and drug charges, which the district attorney referred to parole. In December 2020, Lyons was arrested again on stolen car and drug charges, but Boudin sent it back to police for further investigation while awaiting toxicology results. On Feb. 4, 2021, police responded to an eight-car collision on Lake Merced Boulevard. There they found 26-year-old Sheria Musyoka, who had been out for an early morning run, deceased. Lyons was booked on charges of gross vehicular manslaughter, vehicular manslaughter, felony hit and run, and possession of stolen property. A husband, father, and recent Dartmouth College graduate, Musyoka had moved to San Francisco just two weeks earlier. Musyoka’s widow, Hannah Ege, said she blamed the district attorney.

Boudin also said he needed further evidence in the case of Tyjone Flournoy — one of four suspects in the December 2019 murder of a young mother named Ronisha Cook. In January 2021, Flournoy was arrested for the murder of legendary private detective Jack Palladino after a violent attempt to steal his camera. Palladino, who fell and hit his head, died from his injuries a few days after the attack.

In March 2020, Boudin charged Teaunte Bailey with conspiracy, robbery, destroying evidence, and child endangerment, but released him on an ankle monitor because “there wasn’t enough evidence.” One year later, 75-year-old Pak Ho was taking a morning walk near his Oakland home when he was knocked to the ground by Bailey in a violent robbery caught on surveillance video. Ho died from his injuries.

Zion Young, a gang member with a long, violent history, was charged with 11 firearms felonies, which Boudin reduced to one misdemeanor and released him on an ankle monitor. Less than three months later, Young shot and killed 19-year-old Kelvin Chew, a student out for a walk in his Portola District neighborhood, in a botched robbery attempt. Now Young, just 21 years old himself, will likely spend the rest of his life in prison.

DRUG DEALERS ARE THE REAL VICTIMS

Since Boudin took office, nearly 1,500 people have died from drug overdoses, mostly due to the lethal opioid fentanyl. At a virtual town hall on July 25, 2020, Boudin told a stunned audience that prosecuting drug cases came at too steep a price — for dealers. “A significant percentage of people selling drugs in San Francisco, perhaps as many as half, are from Honduras, and many of them have been trafficked here … we need to be mindful of the impact our interventions have. Some of them have family members in Honduras who have been or will be harmed if they don’t continue to pay off the traffickers who brought them here,” Boudin said. Veteran undercover narcotics officers and former district attorneys who were involved in thousands of narcotics sales cases said Boudin’s story was untrue. “If they’re trafficked here, why isn’t Boudin prosecuting the traffickers?” one attorney asked. In fact, Boudin hasn’t sent a single drug dealer or trafficker to prison.

The case that truly defined where Boudin’s loyalty lies came in January of 2020, when he refused to charge two known drug dealers and MS13 gang members, 18-year-old Kevin Lopez-Figueroa and a 17-year-old juvenile, with the murder of a young Black mother named Emma Hunt in the Tenderloin. Boudin insisted to her parents that it was self-defense, despite the fact local surveillance footage shows Lopez-Figueroa and his accomplice leaving the scene to retrieve a gun. “Emma swung a milk crate and he shot her,” David DeYoe, Emma’s adoptive father said. “When she turned to run, he shot her in the neck and again in the back. He was in a full stance like he was at a firing range.” DeYoe watched the horrific video of his daughter’s murder three times with Boudin, in an attempt to convince him to prosecute his daughter’s killers. “Chesa just stared at me, like I was wasting his time,” DeYoe said. For all of Boudin’s rhetoric about being on the side of Black and Brown people, cases like Emma’s prove that actions speak louder than words.

Besides Boudin’s allegiance to victimizers over victims, there is the simple fact that he was unqualified for the job. Over 30 prosecutors have quit or left the office in the last two years — that’s nearly half the legal staff. Two of the attorneys who quit, Brooke Jenkins and Don Du Bain, joined the recall effort, describing Boudin’s policies as “dangerous.” For example, Boudin sent violent, repeat offenders to diversion programs meant for low-level and first-time offenders. A pair of studies done by a progressive think tank (and frequently cited by Boudin) showed that more people sent to diversion reoffended than those who were never diverted at all. Boudin even diverted notorious fentanyl dealers to drug court, meant for drug users, where they sat next to their clients and walked out with a piece of paper requiring them to go to counseling. He also charged them with lesser offenses, such as loitering or “accessory after the fact,” meaning the accused was just “helping” another drug dealer commit the crime.

Even more alarming, Boudin’s office didn’t track a single individual sent through diversion programs. There is no better example of this failure than Patrick Thompson, charged with three separate cases in 2017 including misdemeanor contempt of court order, felony assault with a deadly weapon other than a firearm, and felony battery with serious bodily injury. A judge declared Thompson incompetent, and he was transferred to Napa State Hospital for the mentally ill. After his release, he was accepted into San Francisco’s Mental Health Diversion program, which the San Francisco Public Defender’s Office said he “successfully completed” in August 2020. A court transcript shows that the DA’s office didn’t object to Thompson’s release, despite the fact he had been arrested five months prior — while still in the diversion program — for threatening a female police officer with an axe. “If it was up to me, I’d kill everything that stands,” Thompson said. Then, on May 4, 2021, after he was deemed a “successful” diversion graduate, Thompson randomly stabbed two women, ages 63 and 84, multiple times (fortunately, they survived).

Mainstream media like the San Francisco Chronicle regularly touted data cherry-picked by Boudin himself with headlines screaming “Crime is down!” But major offenses like firearms felonies were often left out of the mix. In fact, Boudin‘s office dismissed, discharged, or diverted nearly 80 percent of felony firearms cases — many of them against repeat violent offenders who went on to commit more gun crimes, including murder.

Boudin’s time as San Francisco’s top cop is over, and the resounding numbers tell a cautionary tale: voters don’t want extremes, they want commonsense. It is possible to be progressive on criminal justice reform while also incarcerating people who are a danger to society. Most of all, if you run for a job based on ideology, make sure you can back it up with policies that work.