Defending our city: Three things I want our kids to know 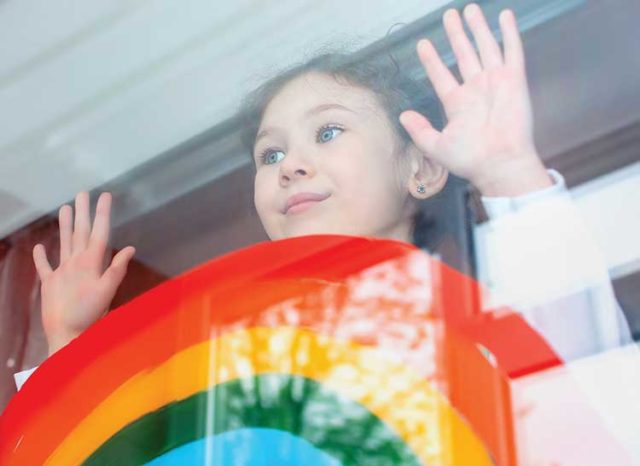 The times don’t just shape you, you can shape the times. Photo: SyhinStas
by Liz Farrell

Last month I wrote about finding hope in 2021, and I have had to remind myself several times about finding that hope. I love this city, there are so many things that make it great, and we are committed to raising our three children here. As an optimist I try to look at all sides before forming an opinion, but it has become extremely difficult lately to defend our beloved city between kidnappings, seniors being attacked in broad daylight, and brazen home invasions — not to mention a continued delay of getting thousands of students safely back to their classrooms. The state of our city is heartbreaking, terrifying, and frustrating; however, I’m not giving up, and this is what I want my children to know:

If you don’t like how something is being done, complaining about it isn’t going to fix it or change it, that’s the easy part; actually doing something about it is much harder and takes courage. My example is meant to demonstrate what can happen when we empower our kids, but it is a privileged example because many kids are not even going to school in person.

When my older son returned to in-person school he was frustrated with the cafeteria and felt Covid regulations were affecting the food quality. Every day I heard about how hungry he was, how no one was eating the food, and as a result so much was being wasted, especially when so many in our city don’t have any food. I encouraged him to do something about it if it bothered him that much, instead of watching it get worse. We talked about what he could do, and shortly after, he set up a meeting with a faculty advisor who helped him coordinate a meeting with the food service manager. They were able to brainstorm some ideas to ensure students were eating and less food was being wasted. Later at dinner, I actually heard rave reviews about the lunch.

WHO WE ELECT MATTERS

We may set out with the best intentions to change the world, but it is important to first understand what is broken and why, what needs to change, and if you can do anything to fix it. Our children learned this firsthand when their dad ran for public office. It takes hard work and long hours to make a difference on a city level. They learned that every vote counts, and you have to work for those votes — they knocked on a lot of doors and hung a lot of door hangers. People would ask, “Why should I vote for your dad?” or “What does he believe?” The kids had an answer, and it wasn’t just “Because he’s my dad.”

We see so much criticism of elected officials on social media, and what I struggle with is how many of those people complaining voted for the same people they are complaining about.  Lately, it has primarily been focused on the Board of Education and the district attorney. They didn’t drastically change after being elected, but for such a well-educated city, it is astonishing how many people aren’t educated voters. If this past year has taught us anything, it is who we elect matters, and it affects everyone’s daily quality of life.

IT IS NEVER ALL BAD

I want my children to know it is never all bad, but sometimes we just have to look harder for the good. I don’t want them to live in fear or think life is all doom and gloom. So take a break from social media and the news and get outside. Take the time to remember what you love about our city and then seek it out. For me, it is visiting our favorite playground or a hike to my favorite city vista.

Recently, we were working on Valentine’s cards for my son’s class and he asked how all the kids who aren’t in school would get Valentines. I told him I wasn’t sure, but after a few phone calls I arranged to have some of our extra cards delivered to the learning hubs. If ever there were a time that every child should feel noticed and receive a message of love it was then. I hope this brought as much joy to those kids as it did for us to make the cards.

During trying times, the greatest gift we can give our kids is to remind them they are loved. It is also especially powerful to teach them tools to empower themselves to make a difference. This world and our city need all the help they can get, and I am constantly inspired by the resiliency and curiosity of our youth. We can all help each other to harness the bad so we can work together for more good.