On its 242nd birthday, many are worried America’s values are being lost. Is that true?

It’s the Fourth of July. You and your family are having a picnic on the Marina Green. You’ve planted a little flag next to your blanket, next to the hotdogs, spicy Thai peanut noodle, or whatever you’re eating. It’s a festive atmosphere, and when a space alien lands and asks what you’re celebrating, you say ”America’s independence.”

America, you explain, is a unique country that draws people from around the world because of its shared values. The spaceman’s interest is piqued. “What are American values?”

It’s a question people find themselves asking quite a bit these days, with large numbers of people feeling that basic American values are under assault. Barely a dinner party or coffee shop meeting can take place without someone saying, “I can’t believe that’s happening in this country. It’s like we’ve gone crazy.”

In 2012, The Atlantic’s Bob Cohn reported on the results of an Atlantic/Aspen Institute American Values Survey. Asked what values are stronger in the United States than in other countries, respondents chose freedom of speech (67 percent) and freedom of religion (61 percent) as the top two values, beating out the free enterprise system (50 percent), principles of equality (also 50 percent), being a melting pot/immigrant nation (42 percent), Christian heritage (40 percent), and other choices.

Six years later, who was right?

Some of the values people assumed were core American values — whether they liked them or not — have lately been under attack by the federal government. Free trade, scientific progress, a melting pot society, leadership of the Western alliance of liberal democracies have all been put into question by the Trump administration.

One problem with discussing American values is that while you might have two or more parties agree that a given value — say, freedom of speech — is a vital American value, they can have radically different ideas about what that value means. “Free speech” to one person is “fake news” to another.

A Washington Post article last year was headlined “‘A stunning violation of our deepest American values’: Universities respond to Trump’s immigration order.” Opponents of the president’s anti-immigration policies claimed it violates longstanding commitments to welcoming immigrants. Supporters say limiting immigration helps protect American values by restricting outsiders from coming in and changing the society and culture that supports those values. Many a dinner party has been ruined by people bringing together those two viewpoints. 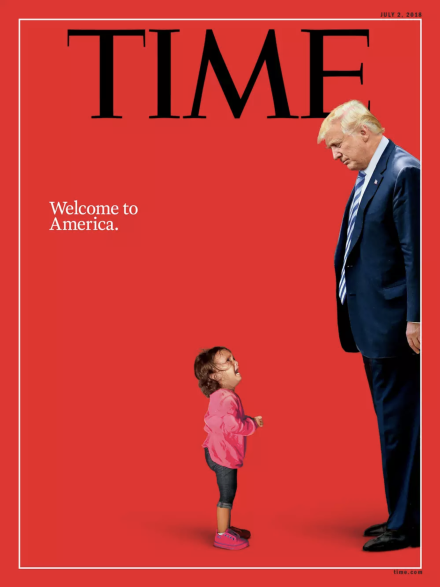 Sometimes the best way to see what makes you unique is to get an outsider’s view.

When my stepmother emigrated from Germany to the United States after World War II, she appreciated the freedoms she had here. There were no government officials sitting at the back of church each Sunday making sure the pastor didn’t criticize the country’s leader. The government didn’t do what the Nazis did, which was to confiscate her grandparents’ farm when they refused to fly the Nazi flag. And she was free to speak her mind, especially on issues of war and peace — and she was a definite opponent of war. Having your best friend killed by a bomb because she was seconds too late to get to the bomb shelter can embed that conviction in you.

The wife of a friend of mine is from Thailand. She is horrified to see how little Americans value each other’s health; this country’s health care industry leaves her shocked (and probably glad she still has a farm back in Thailand, where she has a flourishing entertainment career).

Another friend is from Hong Kong, and he appreciates the freedom to speak and to live his life as he wants, unencumbered by a stifling familial culture he felt had sought to determine his career and his life for him.

I once interviewed Marian Gold, the lead singer of a German rock band called Alphaville. As we sat in a cafe on Berlin’s beautiful Unter den Linden, not far from the Brandenburg Gate, he told me about a visit he had made to New York City years earlier. He and his party of friends ended up walking up Broadway from the southern tip of Manhattan one Saturday night; he said they saw three murders along the way. But he wasn’t complaining; it was somehow an exciting example of the wild and fascinating America that he loved.

In 1992, then-Vice President Dan Quayle came to San Francisco’s Commonwealth Club and gave what came to be known as the “Murphy Brown Speech.” Out of a 2,668-word speech, Quayle devoted just 39 words to criticizing Murphy Brown’s lead character for “mocking the importance of fathers” in her decision to have a child on her own. Those few sentences set off a storm of protest that marked the speech as a key point in the culture wars. It is interesting to note that a decade after that speech, Murphy Brown star Candice Bergen herself somewhat praised the speech, calling it “a perfectly intelligent speech about fathers not being dispensable, and nobody agreed with that more than I did.”

Quayle’s speech was about values — values he and apparently Bergen both believe in. But it was also about values being used not to bring us together but to score political points in that election year; 1992 was the year in which populist Republican Pat Buchanan made a fiery speech at his party’s national convention in which he declared a cultural war was raging. Many commentators thought Buchanan had gone too far; Molly Ivins deliciously quipped, “Many people did not care for Pat Buchanan’s speech; it probably sounded better in the original German.” But a war over culture and values had been going on for decades already, being waged by the New Left as well as the New Right since arguably the 1960s.

The battle goes on today.

It is probably a safe assumption most San Franciscans believe American values are being endangered by the current administration. Social media feeds on the left are filled with people drawing parallels to Nazi Germany. Hopefully, it’s breathless hyperbole.

But conservative author and former George W. Bush speechwriter David Frum recently came to San Francisco and said, “I don’t regard the survival of democracy as a light switch, on or off. It’s a dial. There are a lot of ways that democracy can degrade and decline without it reaching the very worst outcomes. The moderately bad outcomes are bad enough.”

Anyone with a decent basic education knows that throughout our history, American values have often been more honored in the breach than in the observance. During World War II, about 120,000 people of Japanese ancestry were imprisoned in camps. During World War I, dissent against the war policies of the Wilson administration landed people in jail. In the 19th century, the United States prohibited the immigration of Chinese — a prohibition that lasted well into the 20th century. The Native American population was nearly wiped out by genocidal policies. “One man, one vote” was regularly violated by big-city political machines, as well as by Jim Crow laws attempting to limit African-Americans from exercising the franchise. That’s not even to mention the original sin of the American nation — slavery. Even today, an African American apparently can’t have a cookout in an Oakland park or sell bottled water on a San Francisco street without someone calling the police.

Recounting those — and other — failures of the country to live up to exalted values could leave some people feeling defeated. But they actually point to a reason for hope. Values are taught, and each generation has a role to play in passing on values to younger generations. Teaching civics to school children might be the best way to ensure Americans understand how we deal with each other in this society, how the oft-derided political system is a far better way of sometimes fumbling our way through problems than the alternatives of physical force or authoritarianism.

That’s because the most fundamental American values aren’t particular positions on abortion or taxation or gender rights. The most fundamental values are about how we come to make laws regarding those issues; our fundamental values are based on the Western liberal democratic system. That has to be taught in civics classes and elsewhere, because it is not the natural way of doing things. The nationalist, strongarm authoritarian regimes of Russia, Hungary, Egypt, and elsewhere are the natural ways to govern. They’re based on the majority of people establishing and enforcing control. If you play nice with the people in power, then you’re left alone or even allowed to prosper; but if you oppose the power structure — then it’s pffft for you.

The liberal democratic idea counters with a system that is stronger because of a competition of ideas between ideologies and different parties, with government switching hands periodically to prevent things from swinging too far to one side, and with minorities — of every type, from religious to racial to ideological — not just tolerated but granted full rights.

Tell that to the space alien and see his expression of awe.