Harry Whitaker Is A NYC Legend 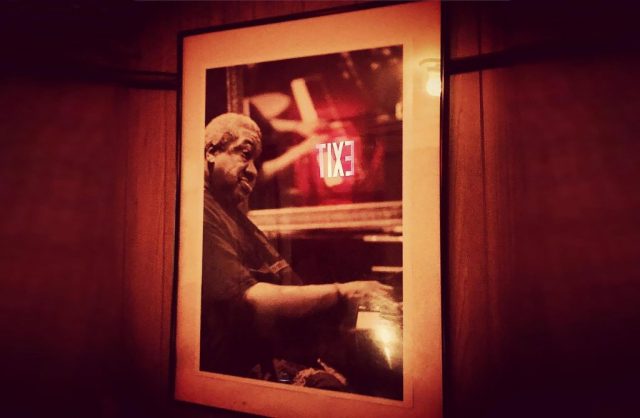 Reflections on a life at the piano: Portrait of Harry Whitaker on the wall of the Mezzrow jazz club.
by T.J. English

Village Voice writer T.J. English regales us with a tale of jazz and mystery, centered around a man that’s been a main character in the NYC Village scene, harry Whitaker. He sets the scene at a well-known jazz club on West 10th Street in Greenwich Village, Smalls. You see, beginning in the late 1990s, Harry was a regular performer at Smalls, a piano player of prodigious talents if you will.

“. I never met Harry, but I saw him play a few times at the club. I was stunned by his facility on the piano and wondered why I was unaware of this artist, who was maybe the best pianist I ever heard perform live,” writes English. “By then, Harry was in his 60s, heavy-set, like a big African American buddha. His hair was gray, and he had a pronounced lower lip that seemed to protrude as he got into a groove on the piano. He often slumped on the piano bench when he played, as if he were under hypnosis, eyes closed, his mind and spirit in some other place, but his artistry present in ways that tended to hush an audience into awe.”