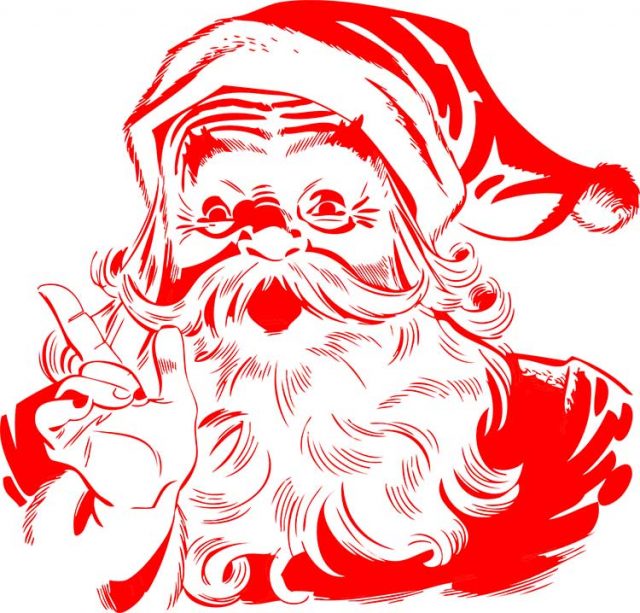 ’Twas the month before Christmas, when all through the town
Not a creature was stirring, as voting wound down.
The people cast ballots with caution and care,
In hopes of results that were more than just fair.

You could feel the excitement in the air as last month’s election drew near. Seldom have elections been momentous on both the local and the national levels at the same time, and this one would turn out to have more surprises than an English Christmas cracker.

With delays in vote counting in numerous states and localities, it became a 12-days-of-Christmas sort of thing (or eight days of Hanukkah, if you will). Each day following Nov. 8, election officials somewhere would reach into their sack of toys and announce that this person has won, or that person had lost, ho-ho-ho.

Democratic worries about an electoral wave as red as Santa’s coat proved to be needless, as they managed to hold onto the Senate, contain the GOP to a very slim majority in the U.S. House, and then hold onto and even expand the number of governorships and state legislatures. And Republicans didn’t just get a lump of coal; they can celebrate capturing the House of Representatives, and, I don’t know, maybe getting Lauren Boebert reelected.

Statewide was the exception; there weren’t surprises there. Gavin Newsom racked up another double-digit win without breaking a sweat. Nor did the propositions deliver a shock; and the kidney dialysis people can put that proposition back on their wishlist for future elections.

That was on my mind when I noticed someone entering my condo through the chimney. I took a quick photo and was uploading it to NextDoor.com when he managed to get his rotund frame out of the chimney, and I recognized his red, fur-trimmed outfit.

He brushed soot off his sleeves. “You should really clean that chimney.”

“What are you doing here? It’s not Christmas yet.”

He shrugged, and explained he was earning extra money driving for Amazon. And with the rampant package thievery in the city, he found it better to deliver via chimneys rather than leave things on porches.

He certainly made himself at home, moving about my living room, picking up things, examining them, putting them back. “I’m mostly delivering election results, if you have to know. This was a big election, and that meant I have a lot to deliver,” he said, patting a large bag he was pulling along behind him.

“So that’s the famous Santa sack full of toys? Lemme look,” I said leaning over to peer inside.

He quickly pulled it away from me, but I had already seen enough of its contents. “Hey, is that my iPad?”

“You shouldn’t steal things. Give me my iPad back!”

He drew himself up to his full six-foot height. “I am Santa Claus, Father Christmas, St. Nicholas, the Weihnachtsmann, uh . . . Kris Kringle! Don’t be a bad boy and accuse me of being a thief.”

But I wasn’t scared. “San Francisco voters gave themselves a present by voting Brooke Jenkins in for a full term.”

His face became stern, but then softened and he forced a smile. He reached into his bag and handed me my iPad. “Merry Christmas, John.”

“It was already mine, you pilfering —”

“Hey, things have been rough for Santa lately, what with Covid and inflation.”

I just held up my hands and gave up. “Whatever. If you’re really delivering election happiness, you sure spread it around. Moderates got happy news in San Francisco with Brooke Jenkins, Joel Engardio, the school board, and more. Conservative Republicans got the U.S. House of Representatives —”

“A poisoned chalice, that,” Santa said with a gleam in his eye.

I asked him what he meant by that remark. He cleared some items away from my kitchen table so he could set his sack on it, and he sat down with an “oof!” Then he answered me: “They have a very slim majority, and that means any faction in the House GOP caucus can grind things to a halt by demanding the speaker of the House do their bidding. It’s what caused John Boehner and Paul Ryan so many headaches.”

He saw me about to interject, and he cut me off. “Yes, the Democrats had a similarly small majority, but Nancy Pelosi is a historically shrewd and talented legislative leader. Kevin McCarthy . . . let’s just say he’s a poor man’s John Boehner.”

He went on to say that the raucous GOP caucus is likely to cause headaches for the Biden White House for the next two years, but because election-denying MAGA types in general (and Trump-endorsed candidates specifically) faired terribly across the country, a fire-and-brimstone GOP House is likely to further alienate independents and centrists and thereby help deliver a reelection for Biden and a Democratic takeback of the House.

I let that sink in, as I leaned over and gently removed my cell phone from Santa’s bag and put it into my pocket.

He just shrugged. It was hard to not like the guy; he giveth and he taketh away. Just like voters.