In the later years of the 19th century, Claude Monet imagined an Asian-inspired garden near a pond on his property. After the introduction of water lilies (resisted by locals who feared imported plant life) and a Japanese-style wooden bridge, Monet created the lustrous inspiration for one of his best-known painting series. The Water Lily Pond, one of his renderings of this landscape, and a painting featured in the exhibition, epitomizes the cool colors and the wide, stylized brushstrokes that dominate the era of Impressionism, which originated with and was energized by the stylized nuances of Japanese artworks and etchings.

This inspiration first took hold in the 1850s when Japan opened to international trade after centuries of confinement from the rest of the world. Japanese art objects arrived as cultural ambassadors, newcomers on distant shores in quantities that started an obsession with collectors and artists alike. A craze for all things Japanese ensued, called Japonisme by French writers, and this enthusiasm changed the course of modern art.

The exhibition is organized into four themes that trace Japanese approaches to women, city life, nature, and landscape. Inside each theme, artworks are paired with American or European counterparts that represent the assimilation of Japan’s rich, minimal representationalism. Woodblock prints by masters Kitagawa Utamaro, Utagawa Hiroshige, and Katsushika Hokusai are on display with notable works such as Vincent Van Gogh’s Postman Joseph Roulin, Mary Cassatt’s Maternal Caress, a wool tapestry by Otto Eckmann, and Paul Gauguin’s Landscape with Two Breton Women.

Organized by the Museum of Fine Arts in Boston, the exhibition premiered at Nashville’s Frist Center for the Visual Arts, followed by a tour in Japan, and then a stop at the Musée national des beaux-arts du Québec. The Asian Art Museum’s presentation, curated by Dr. Laura Allen, curator of Japanese art, and Dr. Yuki Morishima, assistant curator of Japanese art, is the final stop on the exhibition’s international tour. Next year also marks the 50th anniversary of the Asian Art Museum, an event honored by this exhibition and other special activities and events scheduled throughout next year. 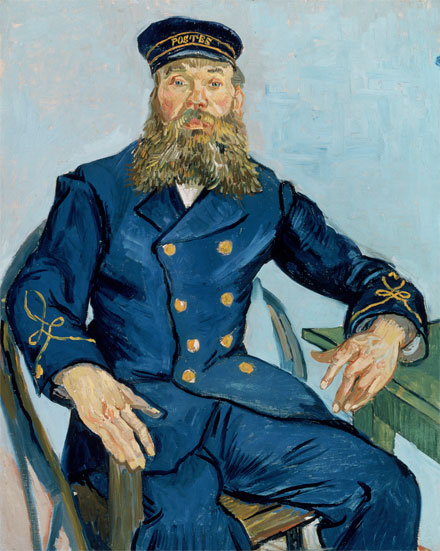