Klimt & Rodin: An exhibition takes us on a journey when two artists met

Detail of Gustav Klimt, "The Virgin", 1913. Image courtesy of the Fine Arts Museums of San Francisco
by Sharon Anderson

This month, Oct. 14, the Fine Arts Museum of San Francisco will present the first major Gustav Klimt exhibition on the West Coast through Jan. 28, 2018. A leader of the symbolist movement, Klimt’s opulent, jewel-like surfaces came to define painting of the Art Nouveau era in Vienna.

Many of the painter’s well-known pieces will be represented, including the Beethoven Frieze (1902), two seven-foot-tall panels reproduced from one of Klimt’s most prized works created at the start of his “golden period,” and painted for the 14th Vienna Secessionist exhibition celebrating Beethoven’s Ninth Symphony. Enter the then-established art celebrity Auguste Rodin, a much-welcomed contributor to this exhibition and a fellow artist fascinated by Klimt’s frieze. This is when the two artists met, and it is the theme surrounding the exhibition, which “… will provide an insight into leading art developments in Europe at the turn of the century through the lens of two of its most important artists,” says curator Tobias G. Natter.

Twenty-five sculptures and works on paper by Rodin will create visual dialogues with works by Klimt. Arranged around the 14th Vienna Secessionist exhibition, attendees enter a specific slice of time, specifically Rodin’s 1901 exhibition in Vienna and his return in 1902. Both figurative artists, the show compares and contrasts surfaces in sculpture and paint, often focused on depictions of women, which were a source of creative awakening for both artists. Klimt’s landscape paintings, like the impressionist-inspired On Lake Attersee (1900) are contrasted with later works like Italian Garden Landscape (1913) when Klimt came into his own with his bold, expressionist use of color, light, and composition. 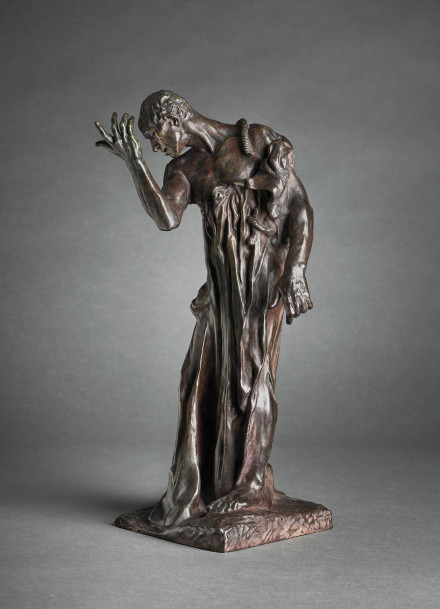 Among the 33 works by Klimt, many are traveling to the United States for the first time. Included in the show will be Klimt’s reaction to the conservative art establishment, Nude Veritas (1899); Upper Austrian Farmhouse (1911), representing his landscape style as an exploration of light and abstraction; The Virgin (1913), on loan from the National Galley in Prague where the full flower of Klimt’s hues and designs formed a masterpiece.

Rodin and Klimt both abandoned academic tradition and forged new paths toward creative expression, and here, in this exhibition, is the crossroad where their paths intersected. The Legion of Honor is the sole venue for this significant exhibition and marks the 100th anniversary of the deaths of Auguste Rodin in November 1917 and Gustav Klimt in February 1918.