Meet Your Candidates for Sheriff 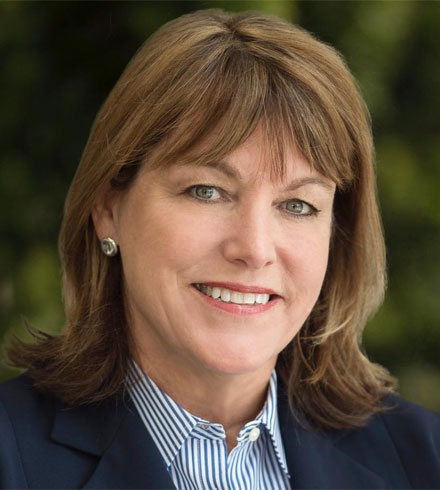 Why are you the best person for San Francisco Sheriff?

Because I have the best qualifications for the job, period. I was part of the department for 32 years. I worked up to captain in seven years [becoming the youngest captain in California law enforcement]. I was promoted twice by [former Sheriff] Richard Hongisto and three times by [former Sheriff] Mike Hennessey [no relation]. I became chief deputy in 1997 and deputy director of the San Francisco Department of Emerg-ency Services and Homeland Security in 2006. I also served as director of emergency management from 2008 until 2011.

Why are you coming out of retirement to run?

I’m a public servant running for office for the first time in my career, not a politician going from office to office. I was behind the scenes, and now I’m stepping out because I care deeply about the sheriff’s department and the community. Ross Mirkarimi keeps likening me to Ed Lee, when in fact I was appointed [interim sheriff] because I was qualified. I didn’t talk to him for [the entire] six months. I’m not a politician in his pocket.

Because [Assistant Sheriff] Paul Miyamoto expressed a desire to run. I supported Paul in 2011, and both Paul and [former San Francisco Police Officers Association President] Chris Cunnie, who also ran in 2011, are now supporting me. I had hoped Ross Mirkarimi would step in, put his ego in check, and take care of the jails.

You have endorsements from law enforcement unions — why do you think Mirkarimi doesn’t?

Mirkarimi started out with a strike against him when he pled guilty to that [misdemeanor false imprisonment] charge [stemming from a New Year’s Eve fight with his wife], which is why I was appointed interim sheriff. Law enforcement is held to a higher standard and a code of ethics. He was caught driving on a suspended license after getting into an accident in a city car that he didn’t report. It wasn’t a big deal, but it became a big deal. It’s about him not taking responsibility and not being proactive, and that’s what’s dogged him throughout his four years [as sheriff].

What sets you apart as a leader?

I spent my whole career being proactive and holding people accountable. You have to do rounds; you have to walk around and talk to people. You have to work with captains and lieutenants, because that’s where problems happen. It’s an issue of temperament and humbleness and the ability to listen to ideas. I believe you can work with people and still agree to disagree. When I became interim sheriff everyone was walking on eggshells, worried about stability. I’m not running for me or for ego or for money — I’m running for the department and the city of San Francisco, because I want to bring proactive leadership back.

Where do you stand on the replacement jail?

I support a new jail that is safe, has a secure place for more serious offenders, and has programs to deal with mental health issues. There are many mental health issues that need to be addressed. We aren’t going to solve mental health — it’s a national issue — but the fact is this is a capital improvement project and we have to advocate for it, just like the police did and got their new facility.

What would you have done differently in the Kate Steinle case?

Nobody could have anticipated this tragedy. I support sanctuary city policies to protect families, promote trust with law enforcement, and maintain community. Mr. Lopez-Sanchez wasn’t part of this community. The Due Process for All [ordinance] says you can’t accept detainers. It’s open to interpretation. Ross Mirkarimi decided to interpret it one way, and I choose the other. I would never have written the policy he wrote in March that said no one could talk to ICE. You could have had a review to see if Mr. Lopez-Sanchez was part of the community. He was in jail 46 months and he wasn’t from here.

I would have started having deputies look at warrants over five years old so we don’t pick up anybody with an outdated warrant — it’s a waste of taxpayer money. This sheriff helped craft [Due Process for All] in 2013. He should have known it better than anyone. He says 49 of 58 counties in California have sanctuary city policies just like ours, but “Do Not Notify” is probably not part of them. 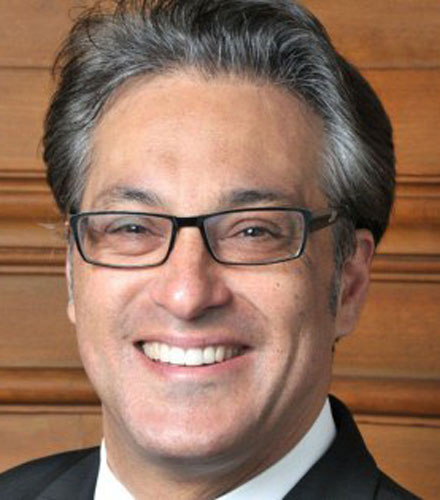 What are you most proud of as sheriff?

No matter what mistakes people think I’ve made or that I have made, I haven’t shied away from the mission objective of improving public safety and innovating ways to make that happen. Harvard University just presented us with the 2015 Innovations in American Government Award for the Five Keys Charter High School, the first high school in an adult jail in the country. It was the brainchild of my predecessor Mike Hennessey, but in my administration we’ve really built on it and now we’ve exported it to different parts of the state, including L.A.
I just pulled a coup by getting our deputies credentialed by POST [Police Officers Standards of Training] — they had credentialed every single sheriff’s department since 1959 except San Francisco. Now we have the ability to help with foot patrols, ride Muni, or patrol the parks.

Why won’t the mayor fund some of your programs?

It’s troubling and petty. Our deputies must have ballistic vests, but he wouldn’t fund them. I believe there should be body cameras for deputies, but he wouldn’t fund those, either. Since sheriffs do evictions, we started the Eviction Assistance Unit to help vulnerable people [like seniors] not become homeless — he wouldn’t fund it. There have been a number of things I’ve written to the mayor about — he’s never written me back. I’ve never met with him since I was elected.
One of the reasons I am running for reelection is to fend off this consolidation of power and defend the independence of the sheriff’s office. If the theme is maybe he’ll fund things under a different sheriff, I think that says more about the mayor than it says about the sheriff.

If you could go back in time, before the Kate Steinle tragedy, what would you do differently?

I would have made a much louder demand on Immigration Customs Enforcement (ICE) to get us that warrant. One question that hasn’t been answered, and I’m hoping comes out in the lawsuit by the Steinle family, is Mr. Lopez-Sanchez was finishing his time in Victorville Federal Prison for his fifth violation of deportation before he was sent to us. Why did they decide to activate a 20-year-old bench warrant for marijuana possession, which we don’t even prosecute? I think after the Steinle tragedy, ICE just wanted to cover their tracks. There’s something so bewildering about why they didn’t pick him up in Victorville. We checked — they never contacted us [about Lopez-Sanchez] before — and Victorville’s not talking.

How did you feel when the mayor put all the blame on you?

I thought the mayor was reckless. When he wanted to throw me under the bus, he didn’t realize he was throwing the very law he signed under the bus. In 2013, the Board of Supervisors passed and he signed into effect “Due Process for All,” and that law is very clear about limiting your interaction with ICE. He then started talking about the sanctuary city law enacted over 20 years before; he was really confusing his laws.Then you have the San Francisco Chronicle saying we sought Lopez-Sanchez out. We did not. We’ve asked them three times to print a correction. We showed them the phone logs and chronology — the initial phone call stemmed from Victorville contacting us.

Is it true you said you still wouldn’t cooperate with ICE?

It’s the same thing I told the Homeland Security Czar, Jeh Johnson. I need a court order or some kind of judicial review signed by a judge. We do cooperate with ICE; we talk to ICE all the time. It says in our memo “Contact our attorney if you have any questions” — the characterization of that memo as a gag order is really incorrect.
If we have a violent felon, we will hand them right over. But Lopez-Sanchez didn’t have any violent felonies, so he wouldn’t have met the standard of the law.

What do you think about law enforcement unions supporting your opponent Vicki Hennessy?

I have the support of my predecessor Sheriff Mike Hennessey — I had it in 2011 and I still have it today. Law enforcement unions never supported him, either. We’re outsiders.
I don’t want to believe Vicki is strictly a proxy for Ed Lee, but I also don’t think she’ll do anything independent. She’s got resources because they’ve got a vendetta to settle and they want me out. I get it. But there’s no way I believe Vicki is her own person. She’s Ed Lee’s person.