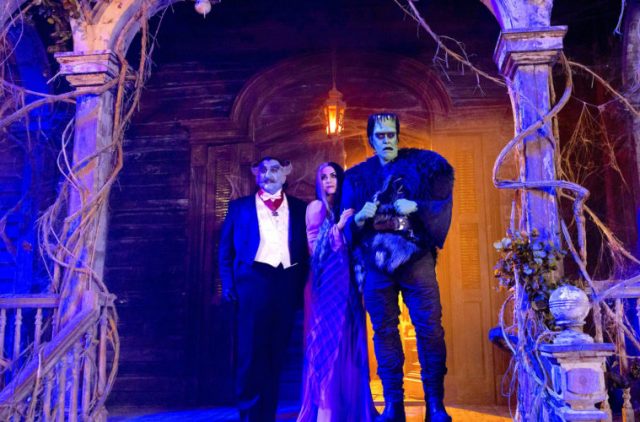 In her latest piece for L.A. Weekly, film reviewer Erin Maxwell writes her thoughts on Rob Zombie’s resurrection of the horror classic, Munsters. A self-proclaimed die-hard fan of the original show, Zombie’s retelling of Musters includes the origin of main character Herman, the story of his meeting wife Lily, and the family’s move from Transylvania to America. But does this homage pay proper tribute to the first?

“Fueled by dad jokes creature puns and Spirit Store camp and costume, Zombie’s The Munsters is a prequel made in homage to the original series,” writes Maxwell. “But like Frankenstein’s monster, it was built by a madman who created it because he could, and never stopped to think if he should…Starring Mrs. Zombie aka Sherie Moon as Lily, Jeff Daniels Phillips as Herman, and Daniel Roebuck as The Count (not yet Grandpa as the movie predates Eddie and Marilyn), the movie follows the love story between Herman and Lily. There are other small subplots involving Herman’s creator Dr. Henry Augustus Wolfgang (Richard Brake) and Lily’s brother Lester (Tomas Boykin), but those just fall by the wayside without a second thought. In fact, most of the plots, jokes, and characters fall apart quickly here, so pay them no mind. They only serve to confuse and distract.”