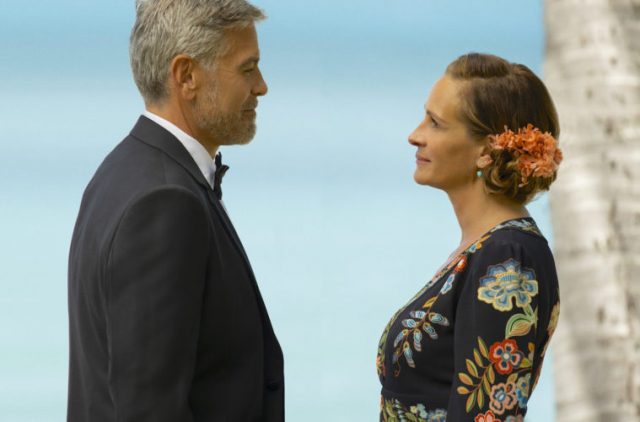 In their latest piece for LA Weekly, writer Chad Byrnes reviews Ticket To Paradise, the new film starring Julia Roberts and George Clooney. Despite it’s A-List star power, actor/producer/director Clooney and Oscar winner Roberts, Byrnes writes that the plot is “borderline absurd.” The film may be intended as a comedy, but does it leave viewers laughing?

“Director Ol Parker clearly delineated the outline of this simple story; he just forgot to color in between the lines. The best decision the filmmakers made was casting Clooney and Roberts, megastars who ruled the romcom roost back in the day,” asserts Byrnes. “Known for imbuing their characters with fierce intelligence and sublime sexuality, Clooney and Roberts still have that sparkly glint in their grins. If only this movie featured more grinning and less grumbling.”