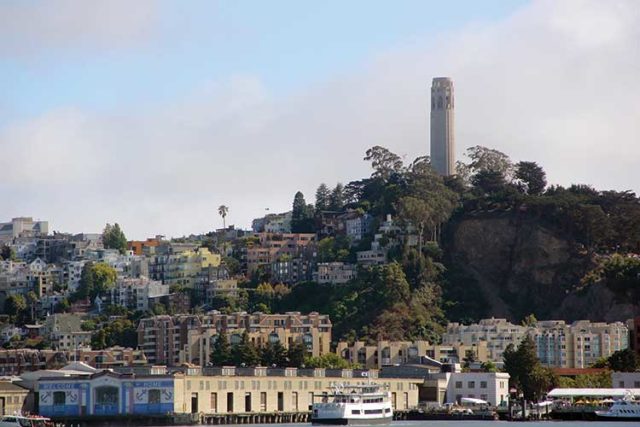 December and the new year have been busy times for real estate buyers and sellers. Photo: Mary Bettini Blank/Pixabay
by Garey De Martini

The fact that demand for San Francisco real estate remains high is not a mystery. The city is surrounded by water on three sides, so geography alone limits the number of homes that can be built here. What’s more, San Francisco is a beautiful, international city with an economy that is supercharged by a robust tech sector — you can easily see why demand exceeds supply.

“December was the busiest December I’ve ever seen,” said David Cohen, founder of City Real Estate. “Inventory was very low, the lowest I think in 15 years, but the demand was so high that properties sold very quickly. Buyers were anticipating that it was going to get even more competitive in January and February. And so far that has proven to be the case. In my 17 years, I’ve never seen demand as strong as it is right now.”

In 2021, the demand for homes was insatiable, according to Anna Marie Erwert, writing for sfgate.com. The typical U.S. home sold for nearly $400,000, up 24.4 percent year-over-year. Meanwhile, in the city, that price was $1.5 million.

Inventory was down in San Francisco last year, though historically, inventory has always been tight in the seven-by-seven square mile city. In San Francisco, homes sold on average in 16 days—and 72.9 percent of those homes sold above their list price.

“You almost have to give away your first born,” Cohen said, with a smile and a wink. “It’s become understood in this market your offer has to be non-contingent, 15, 20, or even 30 percent over asking. Everything is related to supply and demand. Supply is so limited, and demand is increasing. Whatever you think a place is worth, as a buyer you add another 10 to 15 percent to that.”

Cohen expects the first half of 2022 will remain strong, but believes the second half of the year may be more of a wild card— depending on interest rates. They are expected to rise quite a bit in the coming year, and that will further impair affordability.

This leads to one big mystery, finally solved. Why would interest rates have an impact on a real estate market where so many winning bids are all-cash offers?

Turns out, all-cash sales are somewhat in name only. Buyers pay with cash because sellers would of course prefer that kind of offer — it eliminates the possibility of loan issues blocking the sale. It’s a cleaner offer. But once the sale is complete, buyers then have a window of opportunity to get a home loan to cover their expenditures. Many choose to do so.

A lot of tech people can get an equity line of credit against their stock holdings. Once they buy a home using this cash, they can then get a home loan, and if they do it within 60 days, it counts as a purchase loan, and not as a refi. As a result, they wield the purchasing power of cash, and subsequently enjoy the lower interest rates that home loans offer.

But because ultimately a home loan is involved, rising interest rates will have an impact on affordability and buyer purchase decisions.

“A lot of people made a lot of money over the last two years,” Cohen said. “There is so much money in San Francisco that people are wanting to upgrade their living situation. And when people are spending more time at home, there is more incentive and reason to upgrade.”

Cohen thinks the exodus from San Francisco was a bit blown out of proportion. He also believes some of the people who left are coming back, partly because even when people are allowed to work out of the office three days a week, they still need to come in the other two days, so they can’t live too far away.

Cohen says you hear a lot about crime and the homelessness crisis, and they are real factors, and yes, you might lose a couple of buyers. But the reality is San Francisco is still one of the most beautiful places in the world. He says that basic truth can outweigh a lot of concerns.