Perspective on the housing market’s headwinds 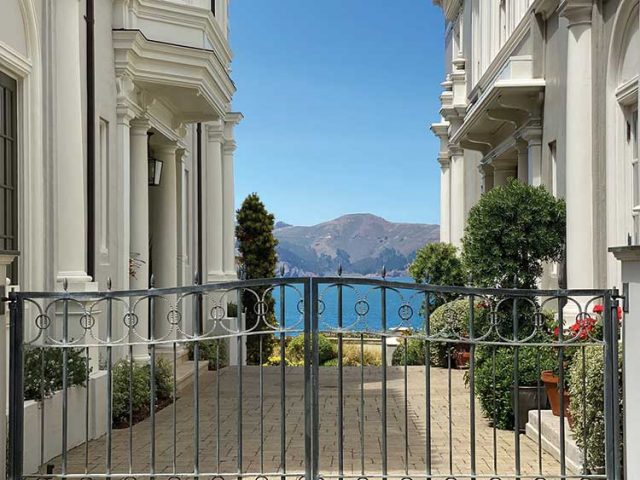 A recent study found that five of the 10 U.S. housing markets that have cooled the fastest this year are in northern California, including San Francisco, San José, Oakland, Sacramento, and Stockton. What’s more, all 10 of the nation’s housing markets cooling the fastest are in the U.S. West.

In a mid-July report published by the San Francisco Business Times, Ashley Fahey writes that there are a number of reasons for this, none of which can be equally applied to every metro area on the West Coast. Citing Redfin as her source, she says an exodus out of California is certainly one factor impacting the cities and metro areas. Higher mortgage rates seem to be affecting pricier markets as well.

The fact that many of these markets saw massive price increases during the pandemic has a lot to do with these reductions. The premium prices sellers once demanded are simply not sustainable given today’s changing economic conditions.

While San Francisco is not on this list, the city’s housing market is slowing down, with June data revealing a drop in year-over-year appreciation levels, as well as an increase in inventory, a drop in listings going into contract, and a big jump in price reductions.

Meanwhile, a Federal Reserve economic survey released in mid-July points to elevated recession fears along with a belief that soaring inflation will last at least through the end of the year. As a result, the Fed is very likely to once again raise benchmark interest rates, which will of course lead to higher mortgage rates.

We asked Timothy Wood, senior loan advisor with CrossCountry Mortgage, to put all of this into perspective.

Wood said that growing economic headwinds have indeed led many economists to modify their forecasts to better reflect the possibility of an economic downturn, with some even sounding the alarm that a recession is imminent.

This, he said, begs the question: Is it still a good time to buy a home in San Francisco? His answer is, yes.

His reasoning? Generally during periods of economic deceleration, investments in real estate have performed better than competing asset classes, like stocks, and it’s certainly better than parking money in a savings account.

“In fact, looking back at the nine recessionary periods since 1960, home prices have significantly increased or at least remained stable during eight of them,” Wood said.

“The only recession in which home prices declined was the 2007–9 recession — the so-called ‘Great Recession.’”

Wood pointed out that when people think about recessions, the Great Recession is still fresh in their minds. But as far as recessions go, it was an outlier. It was preceded by the housing bubble of the early 2000s — a time when risky, nonverified mortgages were commonplace. This created a glut of supply in the real estate market, even before the recession began. Today’s housing market is the opposite. Demand still outpaces supply.

Wood acknowledged that rates are higher now than they have been in recent years, but he insists that historically, they are still attractive.

Nevertheless, some prospective buyers worry that they will be locked into a higher mortgage rate given current home financing options. According to Wood, this is why the number of buyers choosing an adjustable-rate mortgage has soared.

ARMs are loans with a fixed rate and payment for less than the life of the loan. These include five-, seven- and 10-year fixed periods that roll to adjustable-rate mortgages for their remaining 30 years. The fewer years fixed, the lower the initial rate and corresponding payment.

While the mortgage rate will go up when the fixed period ends, Wood explained that most borrowers hold the same loan for fewer than 10 years anyway. Most owners will refinance or sell their home during that time span regardless of mortgage type.

In July, Ted Andersen with the San Francisco Business Times wrote that the supply of active listings in the city is rising, buyer pools have thinned out, and multiple offers have become an exception rather than the norm.

These are the market conditions that every buyer was longing for just a few short months ago. But of course, it’s not without its own set of unsettling economic news and challenges.