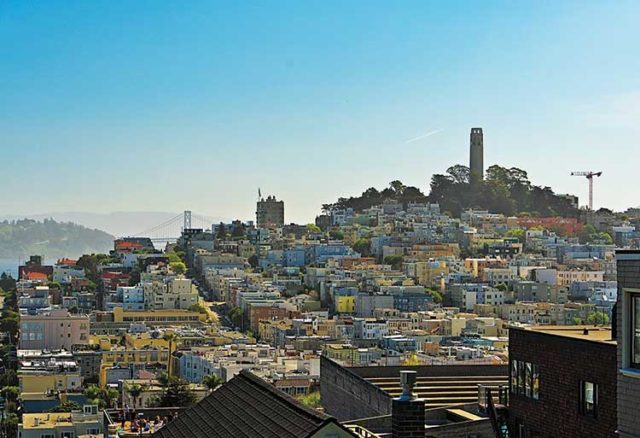 The arrival of November typically marks the beginning of a slowdown in San Francisco’s real estate market. Everyone seems to take a collective breath — including buyers, sellers, and real estate agents. Home sales continue to take place, but the volume of sales usually declines until just after the Super Bowl in mid-February. Then watch out — the spring surge takes off!

Of course, since the pandemic, cycles have been disrupted and calendar patterns are not as reliable as they once where. Nevertheless, if you’re a buyer or seller who is still active in November and December, you are clearly motivated and someone who is serious about making a deal. That can make offers and negotiations much more fruitful for both parties.

This fall, single family homes in the city continued to be in demand, fetching premium prices. At the same time, condos and lofts regained their footing, as buyers have returned to that segment in a big way. According to the San Francisco Association of Realtors, the median price for a single family home in September was $1.75 million, up 6.1 percent over last year. The median price for a condo or loft during the same period was $1.22 million, up 3.8 percent over 2020.

To really judge the demand for these homes, take a look at how long these properties were on the market, and how many sold over their list price. Single family homes recorded just 12 days on market in September, down 20 percent from 2020. Condos and lofts recorded 17 days on market, down 46.9 percent from the previous year, and way down from January’s 62 days on market. Obviously, these are huge drops, and they are indicative of just how much demand for condos has improved.

Lynn pointed to an uptick in deals and listings over recent weeks and a change in demand for both local and out-of-town second-home buyers. He said buyer confidence is up through a combination of factors: an expectation that office workers will return to work by January, high vaccination rates, restaurants reopening, and the return of arts and culture like the symphony.

“The very highest end of the condo market is rebounding, and that’s sending confidence out into the rest of the market that buyers are coming back at all levels,” Lynn said.

In a second Business Journal piece, Andy Medici reports that on a broader nationwide level, the red-hot housing market during the Covid-19 pandemic may have been driven more by long-term demographic trends — and that has pitted different generations against each other.

Millennials are hamstrung by escalating student debt and a lack of new housing construction after the Great Recession, which has led to reduced inventory. Home prices also continue to climb at staggering rates, which means first-time buyers need bigger down payments, which can often be impossible for those with lower incomes.

What’s more, escalating home prices probably help older homebuyers, as they are more likely to own an existing home and benefit from higher equity. That, combined with generally higher incomes at the end of their careers, gives Baby Boomers the edge in the housing market.

In San Francisco, young affluent tech workers and professionals likely fare better than their contemporaries in other parts of the country, but this is certainly a trend worth noting — one that will no doubt have a significant impact on our nation’s economy as a whole.