Rents less of a bargain 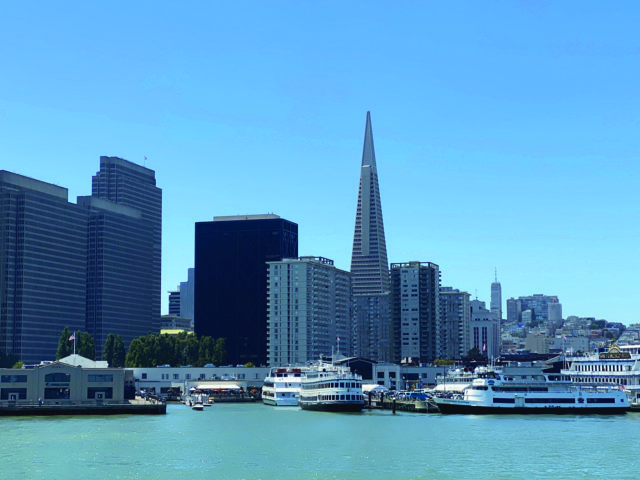 Rents are soaring across America, and climbing slowly in San Francisco. Nationwide, residential rents are up 7.5 percent so far this year, three times higher than normal, according to Heather Long with The Washington Post, quoting data from Apartments.com. Parts of the country that used to be considered affordable are suddenly experiencing the kind of rent frenzy with bidding wars and surging prices that had previously been found only in mega-cities like San Francisco and New York City.

Phoenix is among more than a dozen cities that have seen a 10 percent or higher spike in rents in the past year, according to Zillow. The top cities for soaring rents include Boise, Idaho; Riverside, Calif.: Spokane, Wash.; Tucson, Ariz.; Stockton, Calif.; and Las Vegas, Nev. — what real estate agents have dubbed the “Inland West.” According to Long, real estate agents in these places say they have been inundated with calls from young people and families who want to relocate from pricier parts of California and Washington state.

San Francisco and New York City are among only a handful of cities where the typical rent price is still below prepandemic levels, according to Zillow. However, even in these two cities, there are signs of a rebound. So-called “rent concessions” where landlords offer a month or two of free rent or waive the deposit have dropped sharply in recent weeks. In November, 60 percent of downtown urban listings on Apartments.com offered concessions. In June, just 35 percent did.

It is not clear yet what all of these trends will mean, but most economists and investors predict high demand for rentals for months to come. According to Long, that is likely to push up inflation, because rent makes up about 40 percent of the consumer price index that the U.S. government calculates each month.

Inflation data from May showed a modest 1.8 percent increase in rents for main residences, but experts think that could rise this summer and fall, especially given what they are seeing from sites like Apartments.com and Zillow. The fact that wages are rising at one of the fastest paces since the early 1980s also gives landlords confidence to hike rents.

In the Bay Area, the steep discounts in rents triggered by the pandemic are beginning to disappear, according to Louis Hansen with the Bay Area News Group.

As California made reopening plans over the last three months, average prices for one-bedroom apartments climbed throughout the region, up 5.3 percent in San Francisco, 3.6 percent in Oakland, and 2.9 percent in San Jose, according to the listing site Zumper.

The increase in rent signals a turn toward prepandemic conditions, but according to Hansen, San Francisco and the Bay Area have been slower to rebound than other major metro areas, including New York, Boston, and Washington, D.C. Even as renters begin to return to Bay Area cities and offices, rents remain below prepandemic levels throughout the region.

Zumper CEO Anth Georgiades said the gradual price growth in California reflected the state’s cautious reopening schedule. But he believes Bay Area residential rents may not fully recover to early 2020 levels because some people who left will settle outside the area.

During the pandemic, the region’s rents fell faster and deeper than any other market in the country, according to Apartment List researchers. Rental prices remain well under prepandemic levels in San Francisco (down 14 percent), Oakland (off 12.4 percent), and San Jose (down 8 percent). At their lowest point, prices for apartments in these cities fell between 15 and 25 percent, among the largest drops in the country.

Still, these three Bay Area cities remain among the top six most expensive places to rent in the United States — and rents are beginning to creep even higher. For example, according to Zumper data, the median price in June for a two-bedroom rental in San Francisco increased 2.5 percent from the previous month to $3,690, grew 1.2 percent in Oakland to $2,530, and stayed flat in San Jose at $2,700.

A significant driving factor in apartment prices inching back up in San Francisco and the Bay Area has of course been tech firms starting to call workers back into the office. According to Hansen, as workers begin to reconnect to their offices, the demand for apartments near business hubs is expected to grow.