Replace our failed Board of Education 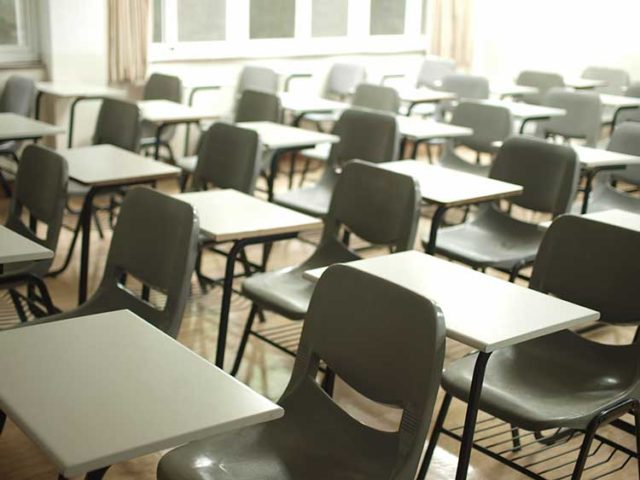 Why has San Francisco’s Board of Education become the caretaker of empty classrooms? Photo: MChe Lee
by Jen Sey

While the San Francisco Board of Education (BOE) articulates its mission as “Access and Equity” in education, their actions of the past 15 months indicate anything but a commitment to this goal. There can be no greater impediment to access and equity than shuttered public schools for well over a year, while privates operated safely since the fall of 2020.

I have been a San Francisco resident for more than 30 years, a public school parent in the district for 15 years, and I would have had another 15 to go, if not for the past nearly year-and-a-half of unnecessary school closures. I have 4 children ranging in descending ages from 20 to 4. My oldest graduated from SFUSD and now attends a public university, UC Berkeley. I am a firm believer in the public school system and have always sought to “lean in” to make it better for all of our kids. But when schools remain shuttered, no matter how hard parents fight, what leaning in is there to do?

In February, after months of attempting to organize parent rallies, listening in and asking questions at BOE meetings that persisted in not focusing on how we were going to get schools open for our kids, writing op-eds and connecting with public health leaders and local officials that I believed could help in the mission of getting our kids back into the classroom, I gave up.

I left for Denver.

My kindergartner had become increasingly withdrawn and sullen, refusing to leave the house, unengaged with “Zoom” school and reeling from the loss of peer interaction. My husband and I called a public Spanish immersion school in Denver. We asked: “When can we start?” They said Monday. We got on a plane. Not only did he have in-classroom school, he was able to interact close to normally with his peers, toys and books were available for all, there was no sitting inside hula hoops to prevent kids from engaging with each other, no “Zoom school” with kids in the classroom and teachers on a screen, teachers touched and interacted with students. Masks were worn. But other than that, it was a pretty normal 3 months of kindergarten, and for this I am grateful. I recognize I am extremely lucky to have been able to pull this off but remain angry and unforgiving that I had to.

My high school senior graduated in June, having missed 40 percent of his high school experience. The class president who spoke at graduation opened with “Teachers, it is nice to finally meet you.”

I hold the Board of Education responsible for this absurd and unnecessary disaster. California had the lowest rate of in-person instruction of any state in the nation. Even with these appalling results, districts just outside of San Francisco found a way to bring students back to the classroom. S.F. failed miserably and the fault, in my mind, can be squarely laid at the feet of the Board of Education.

They persisted in almost laughably focusing on things like school names and admissions processes for schools that remained closed. They spent hours debating the fitness of a parent representative for the BOE parent committee and his ability to diversify the group. They ultimately rejected this person, after humiliating him for two hours in a public meeting. He would have been the only male and the only LGBTQ representative on the committee.

The teacher’s union certainly shares some of the blame, as do the city’s public health officials. But the teachers’ union’s mission is to protect teachers, not provide equity and access to education for the students of the city. It could be said they were doing their job, however obstreperously. The public health officials continued advising in an overly cautious manner well after evidence was in that schools could operate safely. But again, their job is to further public health.

It has been known for some time, in circles that pay attention to these things, that there is no daylight between the teachers’ union and the Board of Education. I’m embarrassed to say I was unaware of this dynamic when casting my votes. All too often, the potential school board members run to sit on the BOE as a stepping-stone to higher political office. They grant the unions what they want once in office and in turn get support for their next, higher run for office. If this is the case, who is looking out for students?

Sadly, the answer for the last 15 months is: no one.

I have no faith schools will open normally this fall and am considering making my temporary jaunt to Denver permanent. Still, whatever I choose for my family, I’m committed to seeing the San Francisco Board of Education held accountable for their intransigency. I’d urge you to support the recall. Ensure that our elected school board officials know that if they fail to deliver against their primary job of serving the students of San Francisco, parent voters will make sure they don’t get to stay in office.  Beyond the recall, support parents who may not have teachers’ unions backing them in running for Board of Ed.

Last and even more important, support a charter amendment that would replace an elected approach to board of education selection with an appointed body that will be held accountable for upholding their mission. Other large urban districts that have shifted to an appointed board have made progress in elevating academic performance and narrowing the achievement gap. Ensure our school board is held accountable for delivering against its stated mission of equity and access.

Our kids deserve nothing less.

Jennifer Sey is a San Francisco resident for 30 yrs, mom of 4, including 2 graduates of S.F. Unified. School District