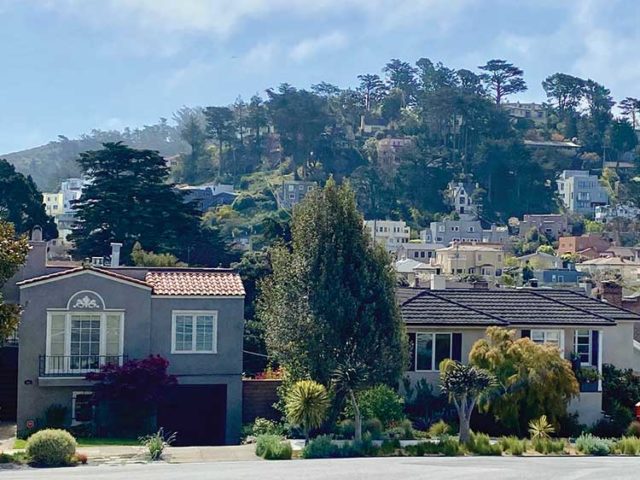 The pandemic that had been so much a part of life seemed to just vanish in San Francisco on June 15. California and the city officially reopened, and it turns out, both had been enjoying an incredible economic boom for some time, in spite of Covid-19 and the challenges it presented — and still presents elsewhere.

With nearly 70 percent of San Francisco’s residents over age 12 fully vaccinated as of June 11, there is little reason to think the city will experience Covid-related setbacks in the immediate future. That being the case, economic momentum should simply continue to build.

Matthew Winkler, editor-in-chief emeritus of Bloomberg News, wrote in a recent opinion piece that “No one anticipated the latest data readout showing the Golden State has no peers among developed economies for expanding GDP, creating jobs, raising household income, manufacturing growth, investment in innovation, producing clean energy, and unprecedented wealth through its stocks and bonds.”

It’s no wonder then that the housing market in the city is booming. Even San Francisco’s condominium market, which had suffered during the pandemic, has come roaring back to life, according to realtor.com.

There were more than 1,300 sales of condos and co-ops in the city in the three months ending in May, according to a recent Compass report. That’s the most in at least 16 years, when the company started tracking the data.

In May, based on one month of activity, the median sales price for a single family home was $1,900,000. That was a new high for San Francisco. According to the San Francisco Association of Realtors, the previous high was $1,780,000, recorded in February 2018 — prior to the pandemic.

At the same time, the median sales price for a condo was $1,242,500. The highest median price ever for condos in San Francisco was $1,320,000, recorded in October 2019. It seems likely that record will be eclipsed in the near future.

“More and more people are back to enjoying all that San Francisco and the Bay Area have to offer,” said Timothy Wood, senior loan advisor with CrossCountry Mortgage, LLC. “People have a greater sense of freedom and safety, and simply want to get out and have fun. The pent-up demand for everything is incredible.”

On the house-buying front, Wood suggests that two- to four-unit San Francisco properties and condos are perhaps still a bargain. They took a hit during the pandemic and haven’t fully bounced back yet. But that may not last for long.

It’s worth noting as well that getting a home loan is less difficult these days, according to Wood.

Underwriting guidelines tightened up for many lenders during the pandemic. Maximum loan to values ratios decreased. At the same time, most lenders required borrowers to have greater reserves (savings after a purchase). Many alternative loan programs were taken off the shelf, including buy-before-selling options, asset-based loans, and more.

“Things have loosened up,” said Wood. “Most loan programs are back and available to buyers who do not fit in the traditional borrower box.”

He adds mortgage rates are currently very low. However, if inflation increases rapidly, so might rates. For example, a 1 percent increase to today’s rates would increase mortgage payments by approximately $555 a month on a $1 million loan.

Wood nevertheless cautions buyers against trying to time the market. He believes it’s more prudent to find a good real estate agent who can negotiate on a buyer’s behalf, and arrive at a much more favorable sales price — saving that buyer lots of money in both the short and long run.

Elsewhere in the nation, it appears higher prices are beginning to slow down home sales. “Contract signings are approaching prepandemic levels after the big surge due to the lack of sufficient supply of affordable homes,” said Lawrence Yun, chief economist of the National Association of Realtors.

A decline in the sale of second homes plays a part in all of this, according to mortgagenewsdaily.com. And that shoul-dn’t come as a surprise.

“Home prices have been climbing rapidly for the last several months, and it seems they’ve finally gotten prohibitively high for some people searching for second homes,” said Daryl Fairweather, chief economist with Redfin. “Vacation home buyers are quicker to back away from properties that are potentially overpriced, because they’re not a necessity.”

Meanwhile, thanks to a robust economy that appears to have brushed aside the pandemic with breathtaking ease, it seems once again difficult to find a ceiling for San Francisco home prices. A median sales price for a single family home of $2 million may be just around the corner. That figure was simply unimaginable a year ago.