Anyone who drives down Lombard Street between Van Ness and Lyon Streets knows there is much work to be done. This area of Lombard Street is an entryway into our beautiful city, surrounded by famous landmarks such as the Golden Gate Bridge, the Palace of Fine Arts, and the Presidio, yet it is an absolute eyesore. The improvements needed in the corridor range from pedestrian safety to beautification to overall paving conditions and plenty more.

To set the stage, the Lombard street corridor (also known as Highway 101) is right in the middle of two major transportation projects – the Presidio Parkway Project (Doyle Drive) and the Van Ness Bus Rapid Transit (BRT) – that will transform their respective areas for the better. As we all know (and have been living through), Doyle Drive is under major construction and has been re-envisioned as the Presidio Parkway. While undergoing much needed seismic improvements, the Presidio Parkway will also create a beautiful regional gateway between the Golden Gate Bridge and the city. Much progress has already been made, and construction is expected to be complete on the entire project in 2016.

At the other end of Lombard Street, the Van Ness BRT is progressing through its final approvals, with construction likely to begin in 2016 and service starting in 2018. The project itself calls for dedicated bus lanes separated from traffic from Lombard to Mission Streets. Dedicated bus lanes will flank center landscaped medians along Van Ness Avenue. In addition, pedestrian improvements, signal upgrades, new streetlights, new landscaping, and roadway resurfacing will be implemented throughout the corridor, creating a safer and better utilized thoroughfare. To leave Lombard Street in its current condition in the middle of these two major transportation projects is quite frankly absolutely unacceptable.

EXISTING CONDITIONS
When Lombard Street was constructed, it was designed to be a freeway off-ramp, intended to move traffic coming off the Golden Gate Bridge. Lombard Street is also a car-oriented commercial district whose dominant feature is the concentration of hotels and motels, along with some complementary neighborhood-serving retail. The sidewalks are very narrow and the majority of pedestrians are crossing the street and not walking along it. It also serves as an important transit connection for Golden Gate Transit and various Muni lines.
We need to evaluate how we can transform this freeway throughway/off-ramp into a livable corridor that attracts residents and visitors while improving existing traffic and pedestrian concerns, public safety issues, and overall economic vitality concerns. We must also recognize that this “freeway” resides within a major urban area with residents, merchants, pedestrians, bus riders, and bicyclists who all need to be consulted as we rethink any redesign of the street.

COORDINATION
Because Lombard Street is a state highway, most of the transit decisions fall under the jurisdiction of Caltrans. So decisions aren’t made in a vacuum, I have pulled together all relevant city departments and Caltrans to create “A Vision for Lombard Corridor Planning” team to leverage city funds, state dollars, and expertise of all agencies to address the problems head-on, in one project, and in a way that allows for community input to all departments and agencies at one time.

Through City Hall’s Invest in Neighborhoods initiative, the Office of Economic and Workforce Development will lead the planning team while working with the SFMTA, the Transportation Authority, the Planning Department, the Department of Public Works, the San Francisco Public Utilities Commission, and Caltrans. Currently Caltrans has two projects on Lombard Street in the planning stages that include a paving project to resurface the street and to also upgrade a handful of curb ramps. The timing is very opportune, as we pull together the community, funding sources, and necessary city departments to work together to create a vision for Lombard of which we can all be proud.

COMMUNITY-BASED PLANNING
To do this right, we need to consult with and hear from our local neighbors. I’m a big believer in our neighborhoods participating at all levels of our government, and any revisions to Lombard Street must have their input. Besides being an unattractive entrance to San Francisco, there are many other issues, including poorly developed sites, unsafe traffic-pedestrian conflicts, suboptimal transit, public safety worries, and vacant properties. To get a deeper understanding of the improvements needed and desired, our office will be working with the community to conduct a needs assessment and to identify specific transportation, streetscape, and public space deficiencies along the corridor, as well as any other concerns.

Our first community meeting will be held on Wednesday, Feb. 26, at 6 p.m. at the Moscone Recreation Center (1800 Chestnut Street). My office and all the departments mentioned will be present to share ideas and, most important, to hear from you. Together, let’s invest the time to develop consensus ideas for Lombard and transform the street for generations to come. 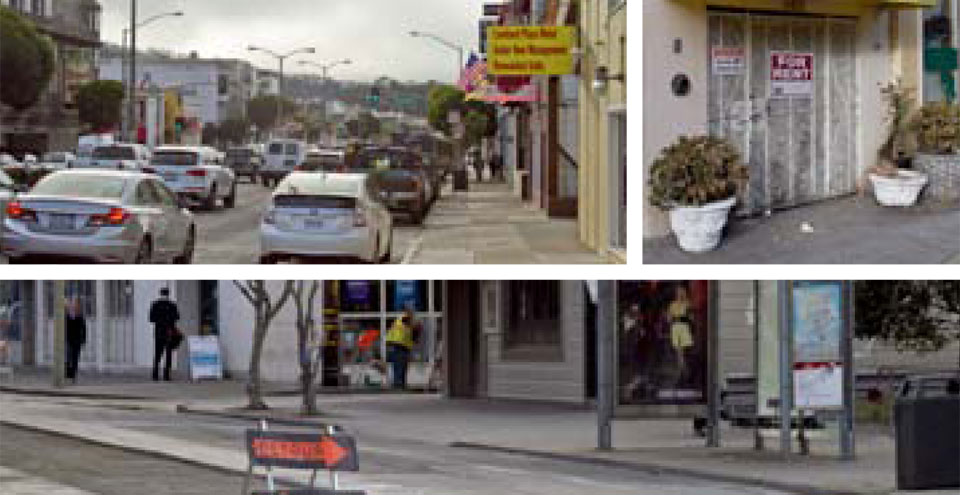