From July 21 through Oct.21, 2018, SFMOMA brings together the first West Coast retrospective of the American photographer Susan Meiselas.

Meiselas’s work covers an ambitious range of subjects related to war, human rights, cultural identity, and domestic violence. Photo projects from the beginning of her career in the 1970s to the present include her photos of carnival strippers, images of conflicts in Central America in the 1980s, and her ongoing reporting into the history and aftermath of the Kurdish genocide.

Born in Baltimore in 1948, Meiselas received her B.A. from Sarah Lawrence College and her M.A. in visual education from Harvard University. As a freelance photographer, she has covered the insurrection in Nicaragua and human rights issues in Latin America. Meiselas has received awards for her photos of individuals and events that map to a larger political history.

The exhibition combines video, sound, and installation to examine the personal and geopolitical conflicts over time. Highlights include the following projects:

Carnival Strippers (1972–75), one of her first major projects, depicts women working as strippers in New England carnivals over the course of three consecutive summers. 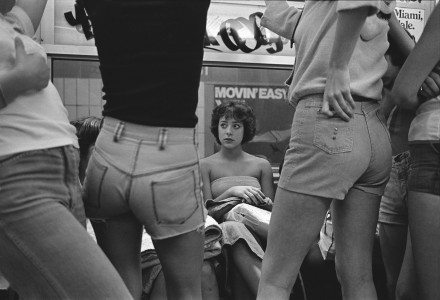 Meditations (1978–82) and The Life of an Image: Molotov Man (1979–2009) review the history of her images taken in Central American conflict zones, including her iconic color photographs of the Nicaraguan insurrection. Meiselas returned to Nicaragua to revisit the sites where she took the original photos in an attempt to locate the subjects of the story to film their reflections a decade after their first encounter.

Kurdistan: In the Shadow of History (1991-2007) is a multimedia project of photos, videos, documents, and oral accounts from northern Iraq, collected in documenting evidence of the Kurdish genocide in the early 1990s. Her collaboration with the Kurdish diaspora is exhibited as a borderless “story map” of collective memory.

Archives of Abuse (1991–92) was a public art project in San Francisco that collected handwritten police reports and forensic photos to raise public awareness about domestic violence. This theme continues in A Room of Their Own (2015–17), Meiselas’ latest visual story of women survivors of domestic abuse in the United Kingdom.

An installation from SFMOMA’s collection, 20 Dirhams or 1 photo? (2013), is about women working in Marrakech’s spice market and examines the interplay between artist and subject. Meiselas set up a temporary studio in the spice market where local women sat for her. Afterward, the women decided if they wished to keep the portrait or be paid 20 dirhams in exchange for the artist retaining the work.

Susan Meiselas’s photos shift in these moments from documentation to interaction, and in the process merge with the history of that moment. “Photographs are immediate personal encounters that last only a moment,” said Meiselas. “These encounters may create a bridge for constructing larger narratives, which go beyond someone’s personal story to a wider national or cultural history. The picture is then merely the starting point.”