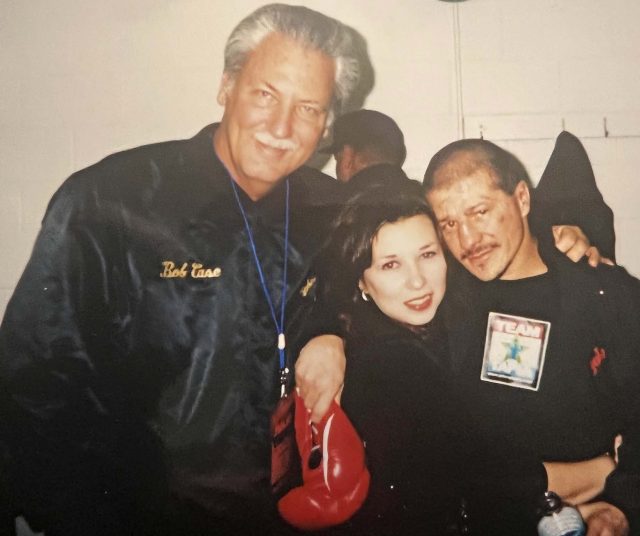 In their latest piece for the Village Voice, writer T.J. English reports on Teresa Tapia, the widow of legendary International Boxing Hall of Fame (IBHOF) fighter Johnny Tapia and boxing promoter in her own right, and her impressive efforts to keep his legacy alive and thrive within the industry in her own right.

“Since her husband’s premature death, 10 years ago, Teresa has not been idle,” writes English. “She has continued a journey in the male-dominated profession of boxing that she began while working as Johnny’s manager, overseeing a career that made the quixotic boxer one of the highest-paid acts in the sport. For more than 25 years, she has engaged in negotiations with many of the most powerful entities in boxing—HBO Sports, Showtime, Top Rank Entertainment—and, as a manager and promoter, she has stewarded dozens of fighters through a perilous profession with a high casualty rate. Few women have ever held such an exalted position in such a macho profession. No Latina in the history of the sport in the United States has ever managed boxing careers and promoted professional bouts at the level Teresa has—she is a unicorn. In 2003, she was presented with a special award for distinguished service from the World Boxing Hall of Fame. As CEO of her own company, Tapia Promotions, she is La Jefa.”