The clown car starts to fill up 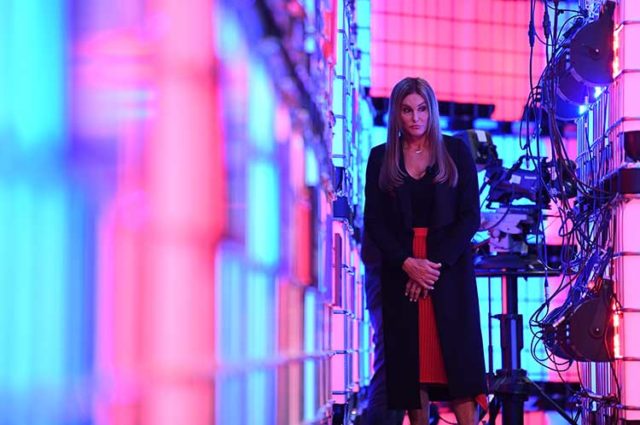 Caitlyn Jenner is just one of what is likely to be a cavalcade of celebrities and other nonpoliticians seeking to replace Governor Newsom, Photo: Stephen McCarthy/Web Summit via Sportsfilea
by John Zipperer

On Jan. 1, 2021, the government should have just issued one big trigger warning for the year. Everything is going to upset you. Case in point: The recall election.

Former Olympian-turned-reality-TV-star and infrequent voter Caitlyn Jenner recently announced as a candidate to replace Gov. Gavin Newsom in the recall election, which has yet to be scheduled (“The trials of Gavin,” Politics as Usual, February 2021). She is not the first celebrity to seek office. We are reminded of Jesse Ventura, Donald Trump, Ronald Reagan, Al Franken, Fred Thompson, and of course Arnold Schwarzenegger before her. But Jenner’s reported consulting of Trump advisors in preparation for her run won’t win over any votes in this least Trumpy of states, and she’s not going to win anyway; one hopes she already knows that.

Daniel Ketchell, a spokesman for Schwarzenegger, poured cold water on the Arnold–Caitlyn comparisons, writing that “Celebrity comparisons are easy until they’re not. Like Trump and Arnold — both outsiders elected by angry voters. But one passed reforms to bring sanity to the electoral system and bring the anger level down, and one s**t all over the electoral system and ratcheted anger up.” (The asterisks are mine, but the original demonstrates some of the level of energy you can expect to be brought to this debate.)

The last time we did this, there were 135 people who qualified for the ballot in the 2003 recall of Governor Gray Davis. In addition to the eventual winner, there were such notable politicos as porn king Larry Flynt, provocative entertainer Angelyne, media personality Arianna Huffington, sumo wrestler Kurt “Tachikaze” Rightmyer, actor Gary Coleman, watermelon-smashing comedian Leo Gallagher, and adult film performer Mary Cook — who, it should be noted, came in tenth out of 135. The rest of the long list of entrants ranged from a custom denture manufacturer to a college student to a musician to a whole bunch of self-described businessmen.

Ketchell dispatched with the celebrity angle. Right-leaning author and historian Anne Applebaum can do so for the business angle. Through much of the Trump administration, which she strongly opposed, Applebaum pinned this tweet to the top of her Twitter page: “After this is all over, I never, ever want to hear again about how businessmen would run the government better than politicians.”

It only requires $4,000 or 7,000 signatures to qualify for the recall ballot. That’s the best-spent investment of your marketing and P.R. budget ever. Where else can you get repeated statewide exposure for a measly $4,000?

Come on, you live in San Francisco. Some of you probably have $4,000 in your pocket right now. Take it out, put it on the table, and look at it. You have no idea what birthday gift to get your spouse, and you were seriously considering going to the International Star Registry and naming a star for him or her. Why not spend that money more wisely and put your significant other on the gubernatorial ballot? There is a better-than-lottery chance that you could end up as the state’s next First Partner.

And if you or your spouse don’t win (and — trigger warning — you won’t), just think: You had some fun, got name recognition, made valuable contacts for your tech company/investment fund/cannabis candy factory, and you spent a whole lot less than the Republicans who will blow millions of dollars in this recall that they won’t win either.

I am reminded of the 1995 Chicago mayoral election, in which a wacky lineup of Republicans produced a nominee who got only 2.77 percent of the vote in the general election, a dismal performance even in that overwhelmingly Democratic town. I recall reading an article during the primary discussing GOP candidates. There were two businessmen (a Mexican American and a German American) and a professional clown. The article noted a spat between the businessmen, one of whom called the other (trigger warning) a “wetback” and the other responded by labeling his opponent (trigger warning) a “Nazi.” The Lincoln-Douglas debates this was not. The third candidate, known professionally as Spanky the Clown, won the nomination.

Jenner won’t be the last celebrity to enter the race, nor will she be the last totally unqualified person trying to be the most powerful politician in the state. Americans don’t like to be told we can’t do anything, and Californians really don’t like it. This is the land of business empires spawned by self-actualization seminars.

And as much as people like to believe in a Mr. Smith Goes to Washington world in which a nonpolitician assumes powerful public office and roots out corruption, that’s a 1939 comedy-drama film; it’s not reality. You can’t be governor. I mean, technically, it’s possible that you could pony up the four grand or the 7,000 signatures and get on the ballot; and it’s (again, better than a lottery ticket’s chance) possible that you could actually prevail and get elected. But no, you don’t have the temperament to be governor, to assemble the kind of staff needed, to deal with town halls with people screaming at you everywhere from San Diego to Stockton to whatever county it is up north where they grow pot all the time. You don’t have the contacts in Washington, D.C., to lean on when you need to beg for money. And you don’t have the desire to spend every evening of the next four years reading briefing books so you don’t cause a press conference gaffe.

Don’t take it personally. I couldn’t do it, either. My point is that most people can’t do it. Final trigger warning: No, you can’t.