The No Sympathy for the Devil tour

Or, The Grinch Who Looted Christmas 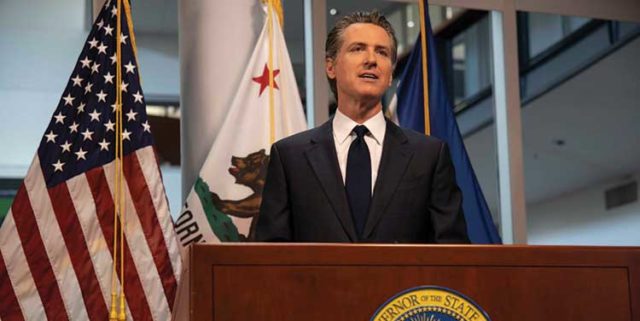 “We just installed our expensive new home security system. I thought the vats of hot oil & the machine gun turrets were excessive, but after the raids on the Nordstroms in Walnut Creek, I said ok.”
—Bestselling novelist Lee Goldberg

There’s an old axiom that “all politics is local.” If only it would stay there.

Here in San Francisco and across California, we’re ending 2021 with a lot of our dirty laundry dumped in piles in the front yard in clear view of the neighbors. Perhaps in 2022, we can do better?

WWJD: WHAT WOULD JED DO?

In the fictional world of The West Wing, Democratic political advisors begin to worry when Arnold Vinick launches his presidential campaign. Vinick, a not-very-conservative Republican senator from California, is particularly a threat because, as deputy chief of staff Josh Lyman says, “a Republican who wins in California wipes us out in the Electoral College.” Without the Golden State’s treasure chest of electoral votes, the Democrats are kaput nationally, just as the Republicans can’t lose Texas and have any chance of gaining the White House.

In the real world, it’s a good news/bad news situation. California has only gotten bluer since West Wing first aired, and the recent farcical gubernatorial recall only underscored the role of the state GOP as the Nickelback in the political arena. But California hasn’t only become more Democratic, it’s also become, well, weirder. And others are noticing, which hurts Democrats nationally.

Crime is one topic national Democrats should definitely not let California take the lead on. If it’s not videos of staff watching helplessly while people fill bags with stolen goods at Walgreens, then it’s stories of flash mobs looting high-end stores. Both serve to elect Republicans. A recent national NBC News poll gave the GOP a 22-point lead in terms of ability to handle crime.

In the wake of numerous looting reports, Gov. Gavin Newsom came out swinging, promising state support for prosecuting the criminals. “I have no sympathy, no empathy whatsoever for people smashing and grabbing, stealing people’s items, creating havoc and terror on our streets. None. Period,” Newsom said, according to CBS Bay Area.

“We want real accountability,” Newsom said. “We want people prosecuted and we want people to feel safe this holiday season. . . . We’re talking about safety, people’s health. We want to protect people and we want to respect people’s rights, including small business owners — and I say this knowing that my business has been broken into three times this year.”

In the Boudin-or-not-to-Boudin debate raging in San Francisco, all crime reports are seen through the lens of the need to defend or attack the district attorney. Crime is up across the country, not just here; but as very blue cities across the country vote on crime-related issues and candidates — whether it’s Minneapolis or Atlanta or New York — voters and policymakers are increasingly choosing to hire more police, not fewer. Whether those actions can serve to rebalance that 22-point GOP lead on the issue of crime won’t really be seen until the next round of elections. Which are likely to be brutal for Democrats.

Another area where San Francisco is a poster child for incompetence is housing.

Several decades ago, I was amused to see a bumper sticker in my Midwestern home state reading “Wisconsin: Far Better than Guam.” Maybe there’s another city that performs worse with housing than San Francisco, in which case hey, we’re far better than Guam; but even if so, that’s no cause for patting ourselves on the back.

San Francisco supervisors once again shed crocodile tears for the city’s housing-challenged after they voted to kill a planned housing development on a SOMA parking lot, despite it providing around 100 affordable units. (District 2 Supervisor Catherine Stefani was one of only three supervisors who supported the development.) Local intra-lefty politics are exacerbating the city’s already-terrible housing policy, as Dan Walters noted for CalMatters: “Supervisors who voted against the development offered various rationales, but it appears that one unspoken factor may be retribution against Supervisor Matt Haney, whose district includes the project, and who supported it. Haney is running for one of San Francisco’s seats in the state Assembly against David Campos, whom most other supervisors support.”

Meanwhile, state officials in Sacramento stopped dictating to department stores how to display their wares long enough to notify San Francisco officials that the city might have violated state law with its multiple votes to kill housing projects. Who’s the criminal now?

There is good reason to expect that midway through 2022, San Francisco voters will choose to have a different district attorney. But so far, voters have yet to hold their elected officials accountable for the city’s miserable housing decisions. Matt Haney might be able to change that if he successfully sticks Campos with the label of NIMBY king.

The best reason for getting crime and housing policies correct is to make our local world here in this 49-square-mile city better for ourselves, our neighbors, and our visitors. But the second best reason is to prevent “San Francisco values” from once again being used to cancel Democratic officeholders across the nation.