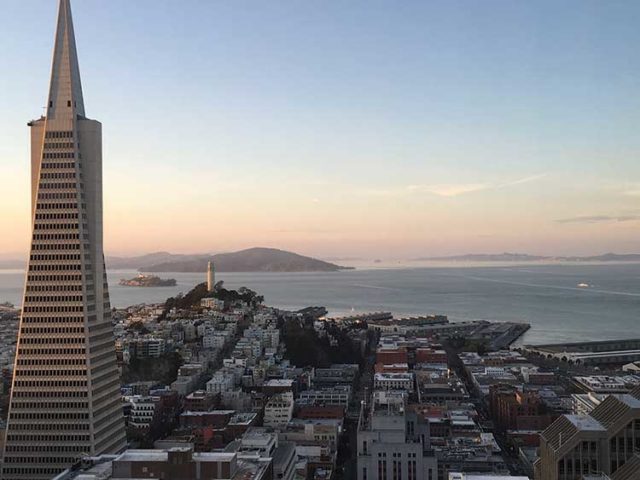 Some glimmer of hope for buyers — but not a lot. Photo: Hsansone17/Pixabay
by Garey De Martini

A year ago I wrote in this column that it had been a little over 12 months since shelter in place protocols were initiated due to the coronavirus pandemic. I wrote, “At long last there truly seems to be some light at the end of this terrible Covid tunnel, as vaccinations are becoming more available and things seem to be opening up again.”

Well. Sure seemed like it at the time. That was of course before the omicron surge that afflicted us in December and January. Once again this spring, however, things are starting to look up, as long as you overlook the new Covid surges that have popped up recently in Asia and Europe. Sheesh. Will this thing never end?!

And then, unlike last year, this year we have had a war to contend with. What has taken place in Ukraine in recent weeks is absolutely horrifying — the stuff of nightmares.

Add to that inflation, political turmoil, the drought, supply shortages, and any number of other thoroughly depressing crises, and it’s a wonder that anyone sleeps, let alone thinks about buying a house.

“It continues to surprise us how resilient the San Francisco market is: the pandemic, the war in Ukraine, and a fluctuating stock market have not kept buyers away,” said Missy Wyant Smit, a top producing agent with Compass. ““Inventory remains comparatively low and buyer competition is hot again. For properties that are fully prepared for sale with cosmetic upgrades and staging we’re seeing multi-offer situations return. It feels like 2016 all over again in most segments of the market.”

Nevertheless, the website SocketSite.com reported in mid-March that the number of homes on the market in San Francisco had ticked up to a 10-year seasonal high. According to the site, this was driven by a slowdown in the pace of sales and new contracts signed. Though this is certainly a departure from what many are experiencing in the city, it may offer a glimmer of hope for buyers.

While some buyers and sellers have been affected by declines in stock portfolios, or have put their plans on hold while waiting to see what is going to happen abroad and domestically, the prevailing dynamic remains one of very high buyer demand with an inadequate supply of homes for sale.

Andersen adds that in February 2022 the city saw 290 new units come onto the market. The sales-price-to-list-price percentage during this period was 121.6 percent — the highest since before the pandemic — indicating multiple offers on each listing.

In early March San Francisco had close to 1,000 active units on the market, compared to about 500 in early January. Again, this should be a welcome sign for potential buyers competing against multiple offers, especially for single-family homes.

On the other less promising hand for buyers, a recent Redfin analysis reports that six of the top 10 metros in the nation where homes are selling for six figures above list price are in California. The Los Angeles metro area led the way, with 718 homes selling for at least $100,000 over asking price, followed by Oakland with 580, San Jose at 490, and San Francisco with 335.

In terms of home values, Redfin found that 88.7 percent of the homes in San Francisco were worth at least $1 million in February — the highest share among the 100 most populous U.S. metropolitan areas. San Jose was second, coming in at 85.9 percent.

According to Ashley Fahey with the National Observer, the nation’s housing market is off to a busy start in 2022, and that’s setting the stage for a busy spring — considered the kickoff to the prime housing market season.

She suggests that inflation and mortgage rates continue to be among the biggest indicators to watch in the housing market as it relates to where demand and home price appreciation will go in the coming months.

Inflation is a big concern right now for everyone. For homeowners, it is at least somewhat comforting to know that real estate has a long-held reputation for being a good hedge against inflation. It has a unique combination of appreciating value and depreciating debt that helps it keep up with rising costs.

Of course, predicting what the rest of this year will bring, or even what next month will bring, is anybody’s guess. And having learned my lesson last year, I’m certainly not prepared to speculate.