The sky isn’t falling, but … 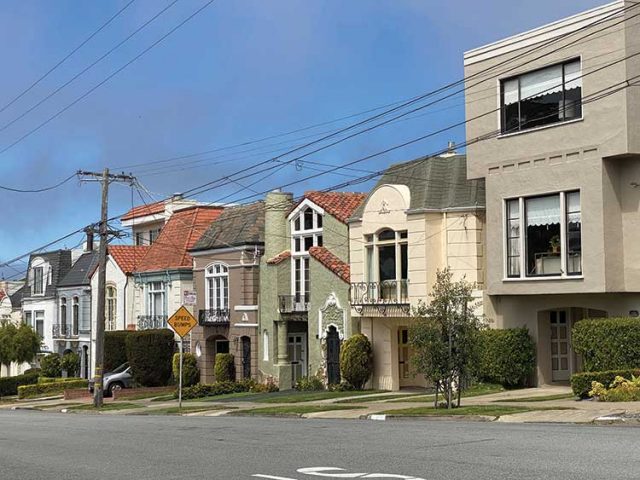 Over the last several months, we’ve been reporting that while San Francisco’s residential real estate market has been extremely hot, there were some early signs that things might be cooling off a bit. Now we have some proof. The sky isn’t falling, but for the first time in years, buyers have the upper hand in some transactions.

“We are definitely moving into a more balanced, equal footing between buyers and sellers. Especially when it comes to condos, where there’s a buyer’s advantage or market,” said Marcus Miller, founder and broker at Helm Real Estate.

“We’re seeing more units coming to market, both single family homes and condos. Meanwhile, the stock market is being hammered, inflation and the cost of living are impacting consumer confidence, and the cost of real estate financing has increased significantly — all of which has cooled activity in our marketplace,” he said.

Ted Andersen, with the San Francisco Business Times, reported in mid-June that active residential inventory in San Francisco is rising, but the number of listings accepting offers was down by double digits year-over-year, with condos most affected.

Comparing May 2022 with May 2021, the number of listings accepting offers was down 22 percent, with houses down roughly 19 percent and condos, co-ops, and TICs down 24 percent.

According to Andersen, it’s important to note that market changes are often uneven in the early months of a transition, with one home selling in days at well over list price, while next door, the seller has to reduce the price to get an offer.

He added that the high appreciation rates of the last two years will almost certainly start to decline this year.

Make no mistake; single family homes are still in demand. According to Miller, properties that are unique, staged, and well priced, always do well and sell in line with their offer dates. Less appealing single family homes, however, are having more trouble selling, and offer dates can easily come and go.

This same trend is being seen throughout the country. According to Dana Anderson with Redfin News, nationwide homebuyer budgets have flattened, posting the slowest annual growth rate in nearly two years.

Declining budgets are a leading indicator that home-price growth has passed its peak and will slow in the coming months.

The dip is also a sign that high mortgage rates are having a major impact on how much money buyers can spend on homes, with more of their budgets going toward interest payments.

The real estate companies Compass and Redfin see the handwriting on the wall. Both cut staff in the middle of June. Compass cut 10 percent of its employees, or roughly 450 positions, as mortgage rates rose sharply and home sales dropped. At the same time, Redfin announced an 8 percent staff cut of about 470 employees.

If nothing else, all of this should tell buyers in San Francisco that opportunities are now out there, especially in the condo market. Miller said that many buyers have given up searching for a home, assuming a “wait-and-see” position.

He described one condo listing that languished on the market, even though it would have sold immediately just a few months ago. It remained unsold even after two price reductions.

If we have learned nothing else over the years, it’s that these windows of opportunity can be remarkably short. A condo is a perfectly good path to building equity, and if a San Francisco condo is within reach, it’s probably worth purchasing.

SFGate published a great piece recently, entitled, “The Hater’s Guide to the Bay Area real estate market”). Drew Magary, a writer from the East Coast, visited the city for a week to tour houses and talk with market analysts and agents.

He writes, “I wanted to figure out whether it’s possible to live in San Francisco if your income is less than that of Klay Thompson’s, and what your home will look like if you do manage to find a place.”

The piece is funny, irreverent, candid, and insightful. His conclusion?

“There is the upside of San Francisco itself. There is no better city in America to be f—ed in than this one. If you live here, you know that innately. If you don’t live here, and I do not, you’ll grasp it very quickly,” he writes. “This is the second-most densely populated city in America for a reason: because its citizens decided that San Francisco is worth any price, even if their apartment only has enough room for a f—ing daybed.”