A survey of punk-inflected media is on display through April 9 at The Wattis Institute. Void California takes a look at a parody of culture that created an alternative history of an era. Curated by California College of the Art’s curatorial practice graduate program class of 2016, the exhibition features the art forms of collage, zines, drawing, painting, photography, video montage, documentary film, and sound collage that shape the unconventional art history produced by the underground during this tumultuous period.

In the United States, California had a front-row seat to social turbulence during the 1960s through the post-Vietnam War era, the era that begins the exhibition. From the Manson family to the Symbionese Liberation Army to the Jonestown Massacre, California experienced unprecedented violence, and, under the governorship of Ronald Reagan, a taste of the neoconservative onslaught against social liberties that would later inform his presidency.

This bleakness formed the “void” of Void California. But as America’s pendulum was swinging toward the right, artists, writers, and musicians used satire to deconstruct mass media control over communication by manipulating popular culture in the form of video, newspapers, and audio recordings. Art became anthropology and new meanings were created from the cut-ups of established news sources. In Ruby Ray’s 1978 photo, World Governments Resign (De DeTroit UXA), a newspaper headline suggests that governments of the world would resign if banks fail. A world is imagined where politics and ethics can coexist — or, at least in the context of this satirical headline. Ray’s documentation of punk bands and artists associated with San Francisco’s subculture became an important component of the zine Search and Destroy, generating imagery that helped define the spirit and the style of the scene.

An accompanying publication reproduces work from the exhibition and supplementary ephemeral material used in the making of several pieces along with a curatorial project inspired by Melody Sumner Carnahan’s The Form (1979). Also, don’t miss related events that include a panel discussion on April 1 and a catalogue launch on April 8.

Wattis Institute for Contemporary Arts is a nonprofit exhibition venue and research institute dedicated to contemporary art. It was founded in 1998 at the California College of the Arts in San Francisco. 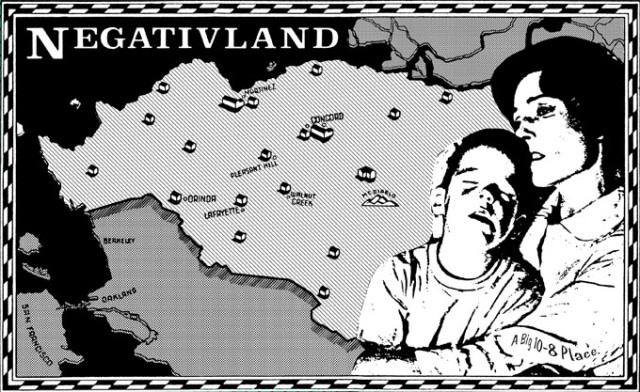 Negativland, Poster Map from A Big 10-8 Place, 1983. Ink on newsprint. Courtesy of Negativland. 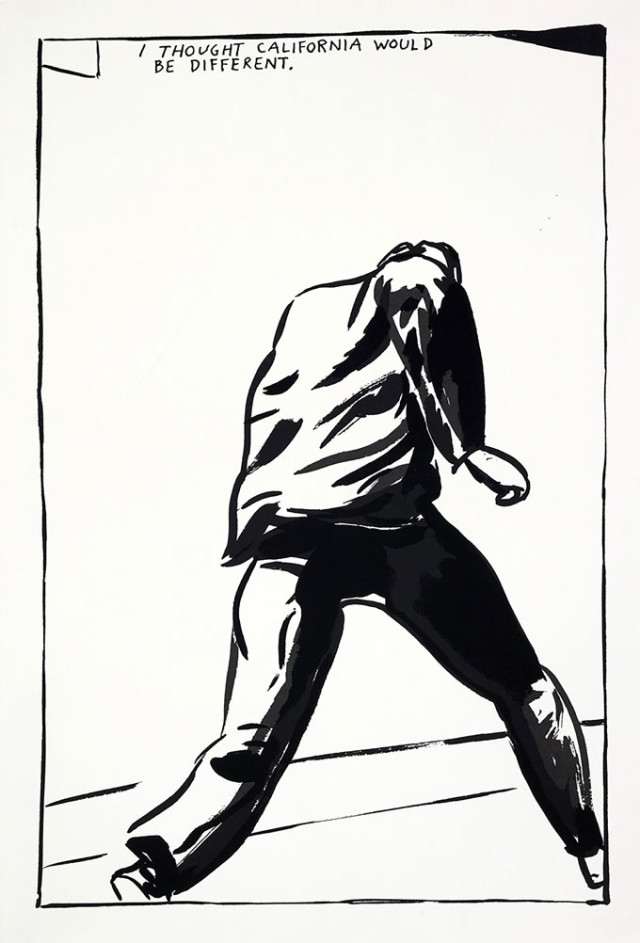 Raymond Pettibon, I Thought California Would Be Different,1989. Silkscreen on paper. Courtesy of Robert Berman Gallery. 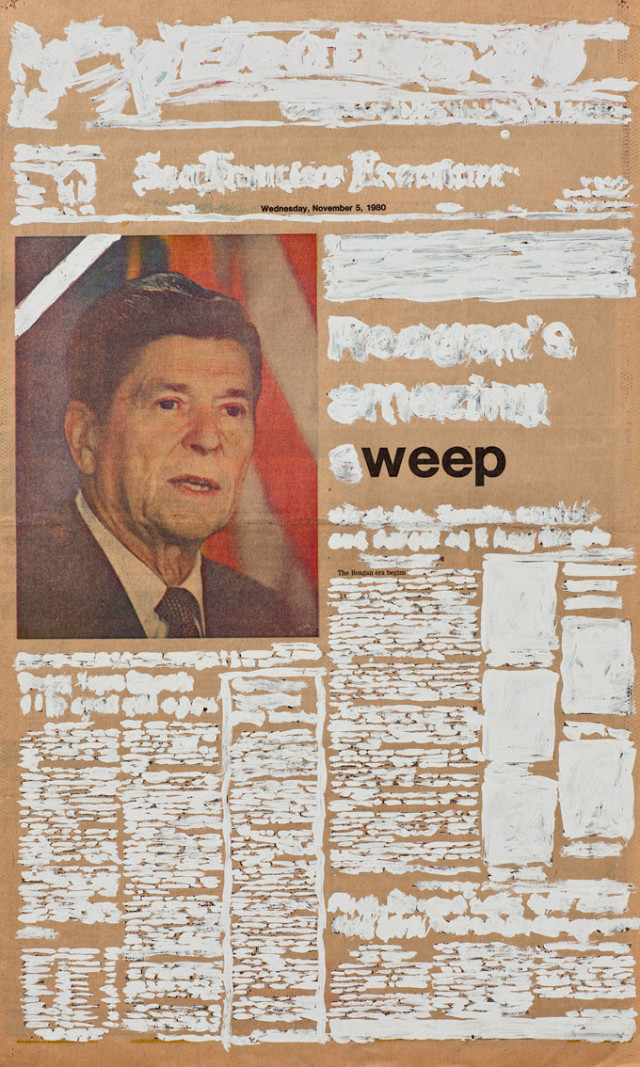 Randy Hussong, Untitled (Newspaper Series), 1980. White correction fluid on newsprint. Courtesy of the artist/Photo of image by Nagasawa.
Tweet
Send to a Friend Print
Sharon Anderson is an artist and writer in Southern California. She can be reached at mindtheimage.com.