The way it once was in real estate 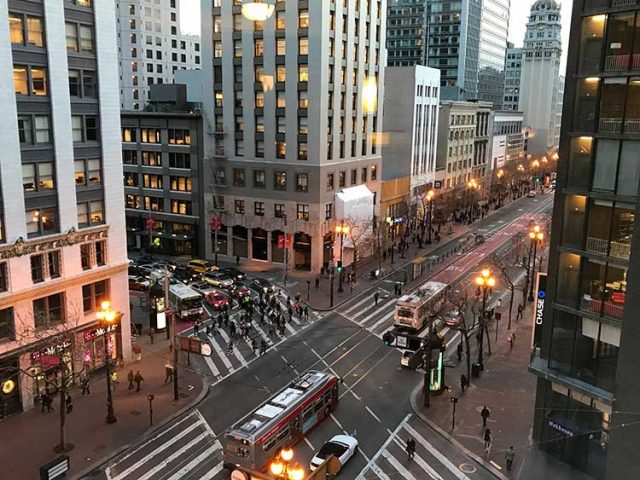 Eileen Mougeot, an agent with Corcoran Global Living in San Francisco, has been in the business a long time. She is a great storyteller, so we thought we’d ask her how things have changed in real estate over the years.

Here’s what she had to say.

On the first two properties I sold, interest rates were 16 and 17 percent. These were single-family homes in the $350,000 range, which was a lot of money in 1982. One was in the Marina, and one was in Cow Hollow.

A few years later when interest rates went down to 12.5 percent I called both those clients and told them they had to refinance immediately! 12.5! Like this was a steal deal!

Our contract was one page long. You had to write everything in. And if you found a good clause in someone else’s contract, like about inspections, you’d think, Oh, I’ll include that in my next contract.

In those days you’d have a listing agreement that would extend out for 90 days, and you’d always have to renew because homes wouldn’t sell in the first 90 days. It would typically take about four or five months for a home to sell. Escrows would then typically take another 45 days to close.

A whole bunch of people came to Hill & Company at the same time. We were all in our late 20s, and we were all new. At that time the ladies at Hill & Company were in their 50s, and we thought they were so old — which just makes me laugh, because now I’m even older than they were then.

We were young, and not rich, and we couldn’t conceive of anybody actually having butlers. But the older ladies in our office did [in] all the big, big houses up in Pacific Heights, and in those days those homes did have butlers and maids.

These ladies wouldn’t dream of farming. They just knew everybody, and they would simply get a phone call from their friends, who would say they found a home they wanted to buy and their husbands were in agreement, so just write up an offer.

All of my business came from floor time or open houses. “Floor time” meant you sat at the front desk, and people actually walked into the office, and you met them and got to know them.

What hasn’t changed over the years is why people buy or sell their homes. People get married, get divorced, they get a new job, or they lose their job, they have babies, there’s a death in the family. People move when those things happen. That has always been the case for the 40 years I’ve been in the business.

What do I miss most about my early years in real estate? It was a lot more fun!

Agents actually went into the office, and you chatted with one another. You got to socialize and get to know your colleagues, and you shared your experiences and information. You socialized, but it was business also. It was fun, high-energy, and really very productive.

Agents used to all go on Tuesday Tour, to see every house on the market. It was a chance to see the homes and connect with agents from other brokers. Today, agents are less and less interested in going on tour, and I think that’s a shame.

We just did things together. For example, we always used to go out as a group to price a home. Sometimes it would be six, seven, or eight people. Someone would say I need help establishing a price for a property, and we would all meet at the house and offer opinions.

One time at a big house in Pacific Heights, we all showed up at the same time. The door was already slightly open, and so the agent knocked on the door and introduced himself.

It wasn’t a butler, but it was a maid, and she let us in. So we’re all walking through the house, opening closets and everything. At some point the maid began to feel uncomfortable, and so she called the owner, and he demanded to talk to the listing agent and said, “Who the hell are you?!”

Turns out we were in the wrong house. The house for sale was the one next door. The owner threatened to sue, but our broker sent over a big bouquet of flowers, apologized, and explained the mix-up. It was a big oops, but we couldn’t stop laughing about it.