As much as I am an advocate for aggressively building enough housing to accommodate everyone in San Francisco, at some point, the news is just piling on. We know it’s not just a problem locally; the United States as a whole had an increase of 11.2 million households between 2005 and 2015, but fewer than 10 million new housing units were constructed during that time. Then consider that there were houses that were torn down, burned down, or left unoccupied for one reason or another. Can anyone say supply and frustrated demand?

But we do still stand out. ApartmentList reports that among the 50 largest metro areas, San Francisco was second-worst in terms of undersupply of new housing during that decade. “San Francisco County added 6.2 jobs for each permitted [new] unit from 2005 to 2015, while the counties that make up the remainder of the San Francisco metro added one unit for every 1.8 new jobs.”

You can find out more at apartmentlist.com. 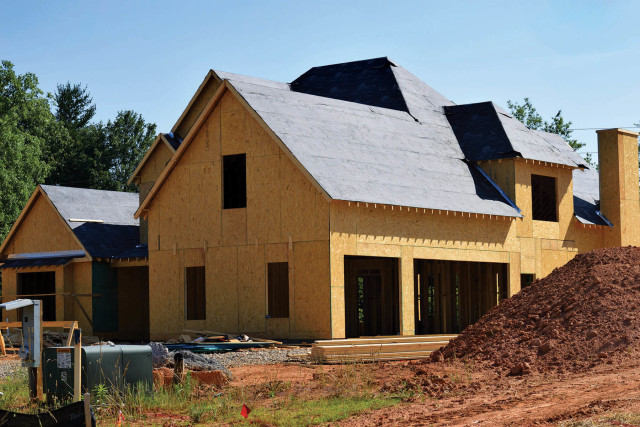 There’s no better way to start an argument with some San Franciscans than to bring up the topic of home construction. photo: Paulbr75

George and Louise Jefferson had to move on up to the East Side of Manhattan when they hit the big time and became millionaires. In San Francisco, you can just stay in your home for long enough and voilà, you too can switch from French’s to Grey Poupon. Zillow reports that average San Francisco home values are just over $1.2 million, an increase of 7.2 percent over the last year.

U.S. RENTS UP, SAN FRANCISCO’S DOWN

Residential rent rates grew by 2.9 percent year-over year nationwide, but San Francisco’s rents are down slightly by .6 percent, according to ApartmentList (apartmentlist.com). On a month-to-month basis in June, however, San Francisco matched the national average with a 0.5 percent increase.

POVERTY AT THE URBAN MARGINS

While we continue to spend attention and resources on trying to keep big cities like San Francisco affordable (or some might say to make them affordable once again), there’s an interesting read over at CityLab. Writer Tanvi Misra reports that it’s the edge suburbs — the newest suburbs the farthest from the big city center — that are experiencing the biggest problems with poverty and services for the poor.

“While some communities have grappled with local solutions, by and large, the rising poverty in the American suburbs has been allowed to fester and grow, catalyzed by the Great Recession,” Misra writes. “At the same time, who lives in the suburbs has changed. As cities become more expensive, immigrants and communities of color have made a home for themselves outside the urban core — only to come face-to-face with the same issues they left behind.”

So even what’s happening far from the sleek skyscraper canyons of downtown is connected to our affordability crisis around these skyscraper canyons. People can’t afford to live here, and the ones least able to afford it move the farthest out, but then they find themselves surrounded by poverty. Read more at citylab.com.

It looks like District 6, where incumbent Supervisor Jane Kim is termed out in 2018, could shape up to be Thunderdome for the city’s housing disagreements. Sonja Trauss, an advocate of building more housing, has been endorsed by State Senator Scott Wiener in her race to succeed Kim, but expect lots of heavy hitters to come out if the San Francisco Business Times is correct and Matt Haney and/or Sunny Angulo enter the race. Both are political insiders (but neither has announced). If Angulo were to enter and win, it could be seen as a bellwether vote before 2019’s mayoral election. Angulo currently works for District 3 Supervisor Aaron Peskin, who is widely assumed to be eyeing a 2019 run.

In a recent article about disagreements in San Francisco between residents who support more housing development and local Democratic Socialists of America members, the awesomely named Victoria Fierce, who called herself a “YIMBY Socialist,” told Slate.com “It has really soured relationships between me and my DSA comrades. I’ve been confronted at parties, pushed into the corner, and had my commitment to socialism questioned.”