There’s no front desk at Airbnb

When something goes wrong, who ya gonna call?
by Susan Dyer Reynolds

A couple of years ago we were visiting Los Angeles and our usual hotel was booked solid. At the last minute, we took a room at a motel on the border of ritzy Santa Monica and eclectic Venice Beach. Things started off just fine, but about midnight the guests in the room next door decided to throw a party. After awakening to breaking glass and loud laughter for the third time, we called the front desk. Within minutes, security was pounding on our neighbors’ door, and they were warned to keep it down. It worked for about 30 minutes, and then it started again, so we called the front desk once more. This time, security showed up and told the partiers to pack up and get out. The next morning, the motel’s manager apologized profusely and gave us certificates for a couple of free breakfasts at a nearby cafe.

I was reminded of that story after reading about Board of Supervisors President David Chiu’s legislation to make it easier for tenants to rent out their places through the online short-term rental company Airbnb, and my first thought was; if you have a problem with loud partiers next door who booked through Airbnb, where’s the front desk?

Airbnb has been in the news a lot lately, mostly because some San Francisco tenants, unaware of the city’s ban on short-term rentals, are being evicted by their landlords for listing their apartments on the site. On the other side of the coin, some San Francisco property owners are unscrupulously evicting long-term tenants to take advantage of the same hot short-term rental market. Chiu, who really should have his title changed to “San Francisco Property Manager,” wants to stick his nose where it doesn’t belong and tell building owners what they can and cannot do with their property. This isn’t a new interest for Chiu: he’s currently involved in lease negotiations with businesses along the Broadway Corridor in North Beach, where he also wants to impose an alcohol moratorium because, evidently, he believes alcohol at a few bars and lounges — but not the strip clubs — are causing all of Broadway’s problems. I say this because Chiu, for all the time and effort he’s spending negotiating terms for new businesses trying to open in the area, has never once suggested that part of the answer might be having someone other than the health department and the police oversee the strip clubs. I get why the health department is involved, but having the police monitor strip clubs is a bit like having the fox watch the henhouse. 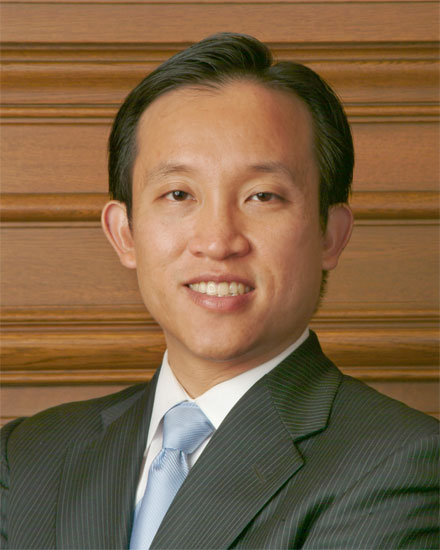 San Francisco Board of Supervisors President David Chiu (photo: board of supervisors)

On the commercial front, Chiu is doing hands-on hammering out of issues like hours of operation, what types of licenses the businesses can have, and whether they’ll be allowed to have entertainment. I thought that was what the Entertainment Commission was for, but I guess Chiu didn’t get that memo. With his residential short-term rental legislation (which is also aimed at Airbnb competitors like VRBO), Chiu wants to make it easier for tenants to sublease their below-market-rate apartments at a profit, while the property owners do all the upkeep and receive below-market-rate rent. But, Chiu is quick to point out, there will be some rules. In multiunit dwellings, short-term rentals will only be allowed where someone lives 75 percent of the year (this is supposed to prevent units from becoming full-time vacation rentals). It would also require tenants renting out their apartments to hold liability insurance, register with the city every two years, and to collect and remit San Francisco’s 14 percent hotel tax (yeah, right). Chiu does throw a bone to property owners because the new law wouldn’t override lease agreements and rent-control limits still apply, but the fact is, Chiu’s new law will make it more difficult for landlords to evict tenants.

Currently landlords can either remove their tenants because they violate their lease (a longer process that gives renters a chance to first correct the problem) or they can boot them for being in violation of the city’s short-term rental law, which is a much quicker process. Chiu’s legislation eliminates the second option. This doesn’t sit well with landlords, who often feel helpless because of the city’s lopsided, bend-over-backward support of tenants’ rights. But that’s not even the biggest concern according to Janan New, executive director of the San Fran-cisco Apartment Association, which represents property owners. She told the San Francisco Chronicle that her members are primarily worried about the “health and safety of other tenants” forced to live near strangers passing through town. “People that are using a unit for transient use typically aren’t as careful as they are when it’s their primary residence,” she told the Chronicle. “We would prefer the status quo to anything else — and we are not in support of creating another dysfunctional bureaucracy.”

Which brings me back to that night in Venice Beach. There’s no front desk at Airbnb, so if you have a problem with loud partiers in the middle of the night, I guess you’ll have to call San Francisco property manager David Chiu.