Your money at work: San Francisco’s General Fund (Part 2 of 3)

This is the second of three parts of our look at how and why San Francisco spends its money as it does. This month, we look at the General Funds portion of the $7.9 billion budget.

Currently, San Francisco’s adopted Fiscal Year (FY) 2012-13 budget includes $3.5 billion in General Fund sources, which is roughly half of our city’s annual budget. Our General Fund is the portion of our budget that is supported by local taxes, the state and federal government, local funds, and reserves, and charges for services. The General Fund portion of the budget does not collect any revenues from our city’s enterprise departments such as the San Francisco Municipal Transit Agency or the San Francisco International Airport. Fur-thermore, much of the General Fund is “set-aside” – which means that portions of the revenues are specifically directed to policy initiatives, programs, and staffing needs that past and present policymakers and voters have deemed important.

As you can see in the General Fund Sources pie chart, the majority — 65 percent — of our General Fund sources in the adopted FY 2012-13 budget comes from taxes, whether they are business taxes (comprised of payroll taxes and business license registration fees), property taxes, or other local taxes, including the sales tax, hotel room tax, access line and utility user tax, parking tax, and real property transfer tax revenues. State and federal funding accounts for approximately 20 percent of our General Fund sources, with transfers, charges for services, other revenues, and fund balances and reserves making up the rest.

Looking at the General Fund sources over the past half-decade, the largest increase in our revenue stream is due to an increase in property taxes, the real property transfer tax, and the payroll tax.

Looking at the chart of General Fund sources, we see that the recent economic recovery has had a tremendous impact on our revenue stream, and revenues are still on the rise. According to the city Controller’s Office’s Fiscal Year 2012-13 Nine-Month Budget Status Report — released on May 9, 2013 — the city will end its current fiscal year running through June with a budget surplus of $96 million. The gains in revenue are primarily due to payroll and property-transfer taxes, and will help offset the current budget deficit for FY 2013-14 beginning in July 2013, which is currently pegged at nearly $124 million.

Revenues are projected to grow $578 million (13 percent) in the next five years, according to the city’s Five-Year Financial Plan, which was released by the Mayor’s Budget Office in March 2013 and adopted by the Board of Supervisors in May of this year. This continued economic growth in tax revenues is supported by increasing housing prices, consumer credit, tourism, and job growth. Ultimately, the pace of revenue growth will depend heavily on job growth, which is good news given that our unemployment rate is currently at 5.4 percent — the third lowest unemployment rate among California’s 58 counties as of April 2013.

The General Fund Uses pie chart shows a view of General Fund uses by major service area and the approximate percentage of costs in each bucket in the FY 2012-13 budget.

The chart shows a high-level overview of the amount budgeted in San Francisco by major service area each year. Note that the reason for the large Culture and Recreation change in FY 2009-10 and 2010-11 is due to the fact that the money from the Recreation and Park bond in 2008 was budgeted in those years. The city does not usually budget bond funds in the annual appropriation ordinance, and instead usually departments come for supplemental appropriations when bond money becomes available. Also, the rise in spending on public protection partially reflects policy decisions made last year in the FY 2012-13 budget to train 300 new police officers and 84 firefighters. Historically, San Francisco has been understaffed in both the police and fire departments, and along with a few colleagues, I have been spearheading efforts in City Hall to return all of our public safety departments to full staffing levels.

In FY 2012-13, total General Fund revenue/spending totaled approximately $3.49 billion. What is important to note is that out of that revenue there are various mandates with regard to how state and federal funds and some fees are spent. After all those considerations are accounted for, we are left with what is called the General Fund Aggregate Discretionary Revenue (ADR). In FY 2012–13, that number was $2.3 billion. We then have to take into account set-asides and minimum spending requirements that have been approved by the voters. San Francisco voters have passed ballot measures that require minimum spending levels for certain operations, including the Children’s Baseline, the Public Library Baseline, the Public Transportation Baseline, the City Services Auditor operations, the Municipal Symphony Baseline, the Human Services Care Fund, and Police and Fire Department minimum staffing requirements.

In FY 2012-13, $274.3 million went to the SFMTA, $53 million went to the public library and $57.1 million was allocated to public education pursuant to these set-asides. Accounting then for the Fire Department’s budget for suppression at $275 million and the Police Department’s budget for patrol at $276 million, which are reasonable proxies for what the staffing requirements cost, and then $20 million for all other requirements, we are left with approximately $1.36 billion in discretionary spending. For a more in-depth look at this issue, please see the Controller’s Discussion of the Mayor’s FY 2012-13 and FY 2013-14 Proposed Budget at the following link: sfcontroller.org/Modules/ShowDocument.aspx?documentid=3216

On May 31, the mayor presented his proposed balanced budget to the Board of Supervisors, and now the budget is in our hands. As the chair of our Budget and Finance Committee, I will be spending the better part of June pouring through the mayor’s draft along with my colleagues and will be holding committee hearings with our major departments every Wednesday throughout the month. During this time, the Board of Supervisors’ budget and legislative analyst also begins review of the various departments’ budgets and recommends adjustments according to direction from the Board of Supervisors. Given that we must pass out a balanced budget from the Board, in order to allocate funds different from what the mayor proposed, we must cut from other areas, and it is this dialogue and back-and-forth that will consume our budget talks over the next month. We all have different budget priorities at the Board of Supervisors, and my role as the chair will be to develop a consensus among my colleagues and produce a budget we can all support.

How to be heard

Over the past two months, I joined Mayor Edwin Lee across a number of neighborhoods in San Francisco where we conducted Budget Town Hall meetings, in addition to conducting an online town hall on May 2, 2013. Our District 2 town hall was held on May 18 at Galileo High School, and I was happy to see several people from District 2 voice their opinions about budget priorities.

Though our Budget Town Halls are over, there is still time to voice your opinions at the Board of Supervisors. The mayor’s budget is available online for viewing at www.sfmayor.org/index.aspx?page=880, and we will begin our departmental hearings on June 17, 19, and 20, and hold second hearings on those departments on June 24, 26, and 27.

On June 21, we will have a public hearing on the proposed budget at the Budget and Finance Committee beginning at 10 a.m. and ending when public testimony is completed (it’s usually a long night!). This is an opportunity for anyone to express his or her views on any aspect of the budget and where you think your tax dollars should be spent. The Budget and Finance Committee will conduct final budget deliberations on June 27 and June 28 and then forward our revised budget to the full Board of Supervisors for a first vote on July 16 and a second and final vote on July 23. 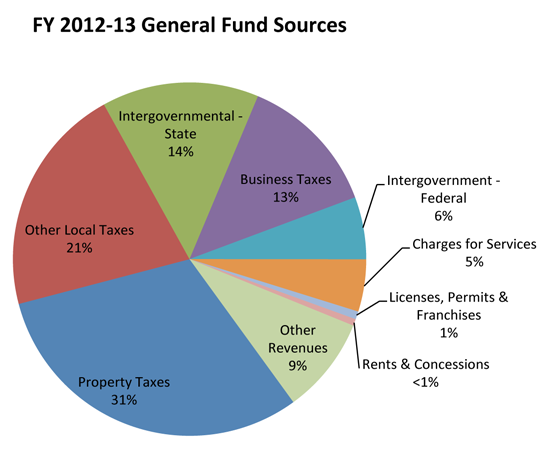 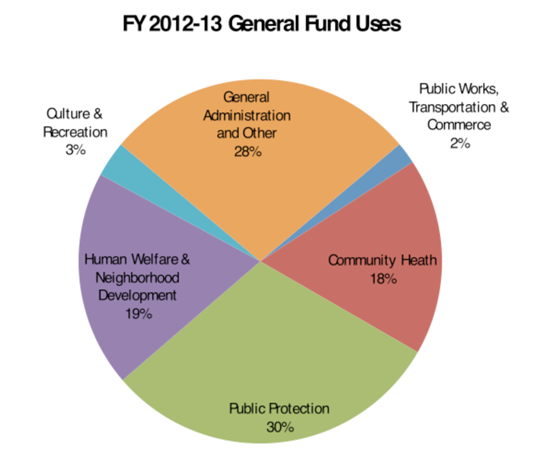 Tweet
Send to a Friend Print
For up-to-date budget information, please visit our budget website at www.sfbos.org/index.aspx?page=1311. You can also call my office anytime at 415-554-7752 and ask to speak to me or Catherine Stefani, my legislative aide who is in charge of all Budget and Finance Committee matters in our office.