Your next District 3 supervisor: Why undue influence should influence your vote

In next month’s race for the District 3 supervisor’s seat, voters have two extremely capable and passionate candidates to choose from. Both have their pluses and minuses, and undue influence on both sides can be a plus or a minus depending on where you sit politically. 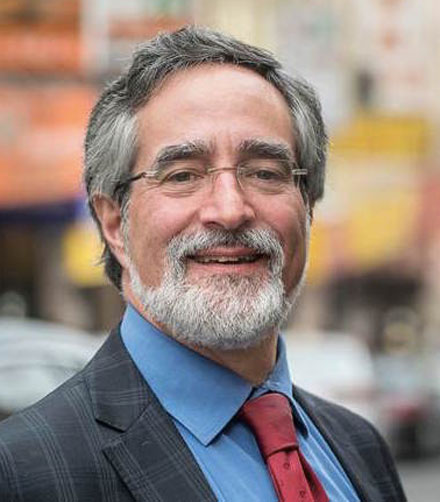 Former Board of Supervisors President Aaron Peskin is trying to reclaim his old seat running on a platform of “an affordable city for all.” While Peskin is perceived by most as a strong progressive, as District 3 supervisor he voted as a fiscal conservative and in favor of development more often than not. Former colleagues praise Peskin as a terrific orator who could “sell ice to an Eskimo,” and his love of the district and knowledge of its issues are unquestioned.

Critics, however, point to his reputation as an ill-tempered bully prone to making drunken late-night phone calls to foes. When asked about the drunk dialing, Peskin laughs it off. “Like I said before, I’ve mellowed, I’ve got perspective, and getting out of that pressure cooker has allowed me to return back to earth. I still want to fight for what’s right. It’s a very different board now with a whole new set of players. I would be the new kid, but I think I’d fit in just fine.”

A vote for Peskin is … a vote for checks and balances, something sorely lacking at City Hall these days. With Mayor Lee’s appointment of moderate Julie Christensen, he all but guaranteed himself a 6-to-5 vote on everything he wants, from the multimillion-dollar waterfront development at 8 Washington to allowing “sharing economy” startups like Airbnb and Uber to operate with little to no regulation. When the developer of 8 Washington noted that he had the votes on the Board of Supervisors to push it through, Peskin spearheaded the effort to get it on the ballot by collecting 33,000 signatures in less than a month. Ultimately, voters rejected the project.

“If you want to do rezoning, you do planning,” Peskin says. “You do real planning. You say, ‘Our city is at a crossroads and it’s time to change height limits in this area of town in order to build the kind of housing or office or retail that we want to have,’ and you do it comprehensively. You don’t do it site-specific because you are connected and have friends so you get your one particular piece of land changed. That’s not planning, that’s politics. That’s spot zoning … Do you want to have a public conversation about whether we should change waterfront height limits? Okay, let’s have that conversation. Remember, the top of the Embarcadero Freeway was 84 feet — in the case of 8 Washington, they were proposing 136 feet.” He also points out that Christensen was in favor of 8 Washington.

A Peskin win puts someone in the District 3 supervisor seat willing to challenge Mayor Lee, question the status quo, take discussions from behind closed doors, and put the public before financially stacked tech and development interests.

Undue influence: Peskin’s close ties to a neighborhood group of vacancy preservationists, also known as the Telegraph Hill Dwellers, is one of his biggest drawbacks. His wife, Nancy Shanahan, is still an active member, and the group’s reputation as a powerful antichange, antidevelopment bully is legendary. While no one denies maintaining the old-world charm of North Beach is important, it’s also inevitable that change will occur. Battle cries

of the Dwellers have included “We lost the shoe store! We must keep it a shoe store!” and “Big box chain stores are killing our neighborhood businesses!” In reality, the Internet has had a much more devastating effect on small businesses than chain stores. As for the shoe store, the owner decided to leave the trade. Just because you wish for a shoe store doesn’t make it so, but the Dwellers would rather see empty storefronts than “another bar or restaurant.”

They kept the Pagoda Theater vacant for more than two decades rather than see it developed, until it was demolished to become home base for construction on the Central Subway (oh, the irony); they fought to keep a grocery store at the site of the Piazza Market and continue that fight even as the popular Mama’s restaurant prepares to move in (after several years of haggling with the Dwellers); and, while Peskin now says he never opposed a new North Beach library, his wife and the Dwellers clearly did. In 2011, former Dwellers board member Bob McMillan told San Francisco Chronicle columnist C.W. Nevius that Shanahan’s opposition to the library almost seemed “vindictive.” In that same column a champion for the project appeared. “We are taking on the Dwellers,” a North Beach product designer told Nevius. “Nobody wants to stir the wasp’s nest, but why does the Planning Commission treat THD like a quasi-city agency?” That product designer was credited with leading the way to the library’s fruition — and her name? Julie Christensen. 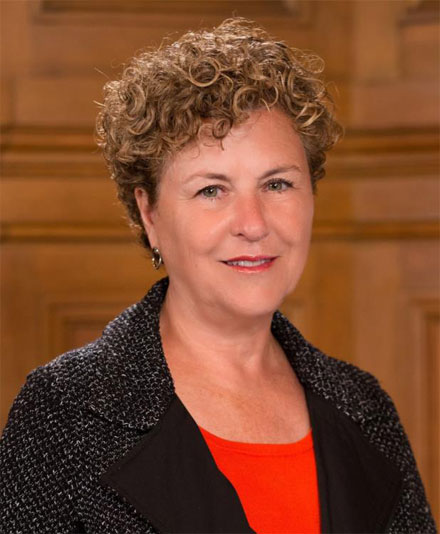 Christensen was just as surprised at her appointment to District 3 supervisor as longtime Mayor Lee and Chinatown power player Rose Pak, who had wanted the mayor to choose Planning Commission President Cindy Wu. (To send a message of her unhappiness to the mayor, Pak is supporting Peskin in the upcoming election.) While Christensen’s name had come up as a replacement for David Chiu — who vacated the seat for the Sacramento Assembly — she wasn’t sure what was going on until she received a cryptic phone call late one night telling her to be ready to go early the next morning, and she was still somewhat in the dark as the car whisked her away to the North Beach Library, where Mayor Lee made the announcement. “I wanted to choose the best person [to] represent not only Chinatown, but also all the other districts,” Lee said. “I’ve done so with Julie.”

A vote for Christensen is … a vote for a smart, sensible planner who spent years as a neighborhood businesswoman and activist getting things done without holding political office. A vote for Christensen also continues to distance the District 3 supervisor from the controversial grasp of the Telegraph Hill Dwellers, who have influenced the seat for more than two decades, from Peskin’s two terms starting in 2001 until Chiu left for Sacramento in 2014. Christensen, a 20-year resident of Telegraph Hill who once worked closely with the Dwellers and even backed Peskin in both of his successful District 3 supervisor campaigns, solidified her position as the anti-Dweller during the epic fight over the new North Beach library. Since then, she has continued to support development in the neighborhoods over the glut of empty, blighted buildings apparently preferred by the Dwellers.

Perhaps no property is as synonymous with the Dwellers’ obstructionist ways as the intersection of Columbus and Powell, the site of the former Pagoda Theater. After years of fighting development in the guise of preservation, the 1909 building was demolished and used as an exit point for the Central Subway project’s tunnel boring machines. Christensen is an outspoken supporter of the SFMTA’s desire to expand the subway from Chinatown to Fisherman’s Wharf, and in late September she asked the city’s Real Estate Division to reassess and consider purchasing the property (co-sponsoring supervisor Scott Wiener sees the site as a potential subway station topped with affordable housing). While Christensen’s plan seems like a long shot, it’s at least a plan — something the Dwellers never seem to have. Should the city not purchase the property (estimated to be worth more than $10 million) ground could be broken in November for a development featuring 19 luxury condos, a nearly 5,000-square-foot restaurant, and an underground parking garage.

Undue influence: If the Dwellers are Peskin’s Achilles heel, Christensen’s is Mayor Ed Lee. Since her appointment last January, she has yet to vote independently from Lee’s agenda. In a September interview with the Marina Times, Christensen danced around the Airbnb ballot initiative (Measure F), saying, “Here’s the complicated thing. We need to stop the hoteling of buildings. Legislation Chiu passed makes the most egregious things illegal … if we could enforce that I could take care of the vast majority of these situations. What I’ve been focused on is the enforcement capability. The current efforts are focused on sticking it to Airbnb …” Though she wouldn’t come out and say so, it’s fair to assume Christensen won’t challenge the mayor by supporting Measure F (which Airbnb has spent more than $8 million to defeat). Mayor Lee, of course, is beholden to the tech community, particularly his friend and financier Ron Conway (see “Reynolds Rap,” page 1), who has managed to funnel money (directly and indirectly) into Christensen’s campaign.

It remains to be seen, if appointed Christensen becomes elected Christensen, whether she will stand up to the mayor and take away his “sure thing.” Be it Christensen or Peskin who wins the right to serve out the remainder of Chiu’s term, they will need to ignore those undue influences and listen closely to their constituents. If they don’t, they’ll likely find themselves booted out of office in 2016, when they will face another election to serve a full four-year term.