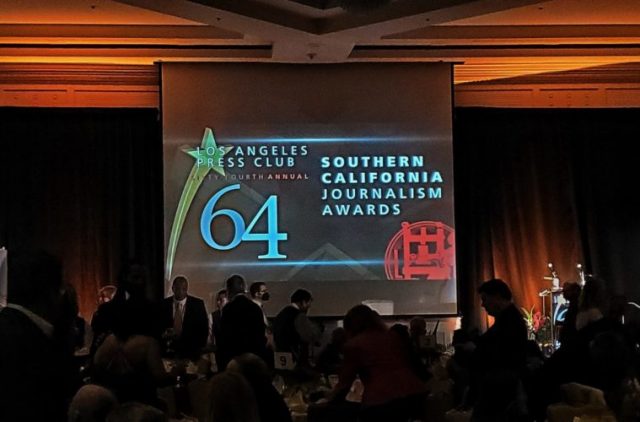 After receiving several nominations, the L.A. Weekly staff brought home a total of seven awards, including four first place awards and Journalist of the Year, during the 64th Annual Southern California Journalism Awards on Saturday, June 25.

LA Weekly news reporter Isai Rocha took home the second-highest award of the evening with “Journalist of the Year” in the under 50,000 circulation category. The judges commented that Rocha “delivered the goods” in his reporting on several key issues, including homelessness in Los Angeles.