A revised ‘File’ worth investigating 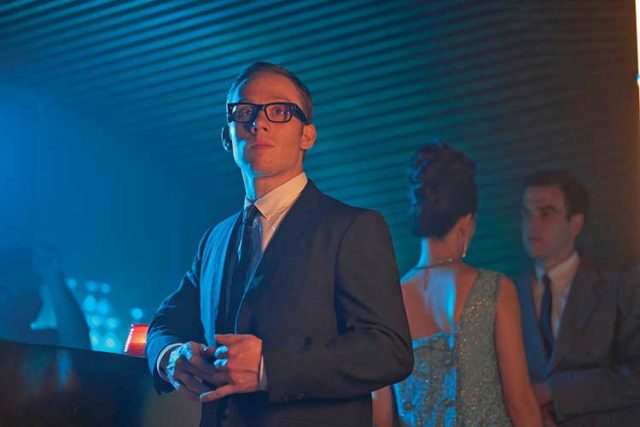 The latest batch of sequels and prequels and remakes have reached screens big and small, as the movie and television industries continue to eagerly finance the tried and true — often at the expense of taking a flyer on a fresher endeavor. Last year, director Steven Spielberg’s new film version of the Broadway musical West Side Story was released, and more recently, we endured the latest redo of the blended family comedy Cheaper by the Dozen and yet another take on the grisly Texas Chainsaw Massacre horror franchise. Meanwhile, Paramount continues to mine its durable Star Trek franchise for new streaming shows, including the time-slipping prequel Discovery and the sequel Picard, the latter catching up with former starship captain Jean-Luc Picard from the series Star Trek: The Next Generation. It’s business as usual.

Certainly, bold development divisions will bet on something newish as long as there’s proof of concept — for instance, a best-selling book. But so many revisions, reinventions, or continuations of preexisting properties are given the green light that it smacks of laziness or creative bankruptcy. As a result, it’s always surprising when sometimes, whether through timing, original point of view, or confluence of talent and project, the ploy results in something of high quality and resonance, such as The Ipcress File — a six-episode miniseries based on novelist Len Deighton’s Cold War espionage thriller.

In 1965, Deighton’s novel was turned into a taut and gritty movie depicting the dark, more realistic side of the spy game, rather than aping the flamboyance and glamour of the contemporaneous James Bond films. The Ipcress File was the first of three film adaptations of the author’s work to feature Michael Caine in the lead role of reluctant agent Harry Palmer, and it helped make the actor a star. Made for the U.K.’s ITV network and slated to premiere May 19 in the U.S. on the AMC+ streaming platform, the new miniseries is expansive enough to be more of a faithful adaptation of the source material. Its running time of five-plus hours allows for scenes, settings, characters, and relationships from the novel that were absent from or significantly altered in the 1965 movie.

RECRUITED INTO THE SPY GAME

The boyish yet able Joe Cole (best known for the period crime drama Peaky Blinders) plays Palmer in the miniseries. With the luxury of more time to tell Palmer’s story, the first episode shows how he goes from a scam artist Army sergeant running shady deals in the partitioned Berlin of the early 1960s to being recruited by a spymaster in an off-the-books branch of England’s intelligence service. His initial assignment is to help solve the kidnapping of an atomic physicist whose knowledge of weapons development is highly prized by all the players in the era’s international conflict — including Britain and its allies, especially the United States, and their enemies in the Soviet Union. Russian villains? Yeah, that tracks.

Palmer’s skill set and streetwise instincts prove invaluable as he interacts with his manipulative boss Major Dalby, whose push-and-pull dealings with the power brokers in the British government’s bureaucracy and on the Soviet side become significant plot threads; his lovely, enigmatic fellow agent Jean Courtney, who ignites a measure of romantic tension; and a collection of spooks who might or might not be on his side. The search for the missing scientist, his fate, and the identity of those responsible take Palmer and Courtney from London to Berlin, Beirut, and a Pacific atoll where a neutron bomb is set to be tested. Each stop has its threats to body and, as Palmer soon discovers, to mind.

Despite his youthful air, Cole — sporting Palmer’s trademark horn-rimmed spectacles — is a canny and effective choice to portray a clever, energetic working class guy whose recklessness and affinity for the finer things in life thrust him into peril. The rest of the cast is just as good, especially Lucy Boynton and Tom Hollander. As Courtney, Boynton (Bohemian Rhapsody) is the embodiment of cool efficiency under pressure and a Carnaby Street vision in the mod fashion of the day. And Hollander (The Night Manager) is wonderfully complex as the buttoned-down Dalby, whose secrets turn out to have secrets.

Writer John Hodge (Trainspotting, Shallow Grave) honored the novel as well as utilizing a few elements of the 1965 movie with his scripts for The Ipcress File. It resulted in a tale that hangs together in satisfying fashion and promises further adventures with Cole as Palmer. From claustrophobic offices and labs to exotic and grimy locations, The Ipcress File also looks smashing. Director James Watkins (McMafia, The Woman in Black) clearly relished the options offered by the globetrotting plotline and, depending on the predicaments faced by the characters, employed occasional camera angles and cuts that hearken back to specific genre movies from back in the day.

If nothing else, this File — with its central struggle echoed in today’s geopolitical circumstances — makes a case for revisiting the right narrative when done right.

The Ipcress File premieres May 19 on AMC Plus.