An Inside Look Into Ukraine’s Defense Force 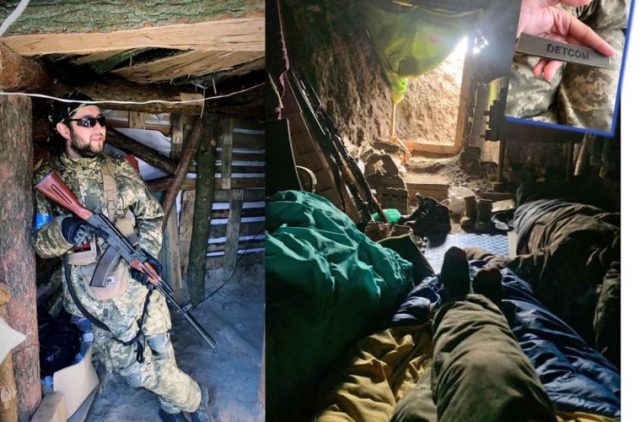 COURTESY OF DETCOM
by Anna Conkling

Village Voice reporter Anna Conkling tackles the somber subject of getting to know the brave men and women that make up Ukraine’s defense force in her latest piece for the Voice. She writes of the unlikely backgrounds of those that are stepping up to battle the Russian invasion on Ukrainian land, describing a modern soldier’s life in details beyond statistics.

“Ukraine’s Territorial Defense Force is made up of both senior soldiers and those who have no previous experience in the military but who want to join the fight,” writes Conkling. “Before the war, a 32-year-old Kyiv-based DJ, who asked to be referred to by his stage name, ‘Detcom,’ spent his time hosting parties at Kyiv’s popular venues. Detcom spoke with the Voice over a WhatsApp call, talking about his life before the war, and how it had begun to feel normal again. He had plans to travel after two years of Covid-19, and wanted to play international gigs in Norway and Berlin. However, his ‘normal’ life before the war is, as he says, a ‘past life now.’”