The summer movie season doesn’t care to wait until the official debut of summer later this month. The parade of midyear big-screen diversions got rolling on Memorial Day weekend, so there are already a handful of cinematic alternatives to the beach or the backyard grill. Even more than during the winter holidays, this is a peak time for major movie studios to roll out their most familiar brands, franchises, and big-budget actioners. That means sequels or reimaginings galore, in addition to a launch or two. But smaller one-off movies — dramas, comedies, and genre films — don’t get shortchanged. Here are some of the notable releases coming our way over the next few months:

Godzilla: King of the Monsters (May 31) is an English-language brawl-fest that picks up where the recent American recreation of Japan’s long-running Toho Studios series about kaiju (“large strange beast”) left off. Here, the titular-giant-radioactive-lizard-thing takes on three more of the mammoth supernatural creatures from Toho’s stable: Rodan, Mothra, and King Ghidorah.

James McAvoy, Michael Fassbender, Jennifer Lawrence, and Sophie Turner are back among the ensemble cast for Dark Phoenix (June 7), which closes out the current iteration of X-Men movies about Marvel Comics’s powerful but persecuted mutant heroes.

The charm of snarky, animated animals in the big city made one movie a hit, so we’ve got The Secret Life of Pets 2 (June 7) with voices including Kevin Hart, Patton Oswalt, Tiffany Haddish, and Harrison Ford. Men in Black: International (June 14), more a follow-up to the previous Men in Black films than a reinvention, visits the London branch of the MIB, co-starring Chris Hemsworth and Tessa Thompson as squabbling agents dedicated to preserving Earth from alien threats.

Despite the title that suggests a remake, Shaft (June 14) actually continues the story of the tough inner-city detective of the 1970s, John Shaft (Richard Roundtree), adding Samuel L. Jackson and Jessie Usher to the family to solve a murder mystery. Child’s Play (June 21), on the other hand, reboots the 1980s horror movie series about a killer doll that terrorizes the suburbs — only this time with the voice of Mark Hamill. The usual vocal suspects (Tom Hanks as Woody, and Tim Allen as Buzz) are happily back in the saddle for Pixar’s Toy Story 4 (June 21), the latest in the beloved animated movie series about sentient toys. Returning to the creepy side of things, Annabelle Comes Home (June 26) is a callback to the evil haunted doll’s first appearance in 2013’s paranormal investigation movie The Conjuring.

Disney remakes another of their 2-D animated musicals with a CGI version of The Lion King (July 19) with Donald Glover, Beyoncé, and James Earl Jones among those voicing the jungle denizens. Nickelodeon TV’s cartoon kid-adventurer Dora the Explorer gets a live-action big-screen makeover in Dora and the Lost City of Gold (Aug. 2). And two bickering tough guys (Dwayne Johnson and Jason Statham) from the frenzied, stunt-filled Fast & Furious franchise team up in the spinoff Hobbs & Shaw (Aug. 2) and face off against a mega-powered villain (Idris Elba). 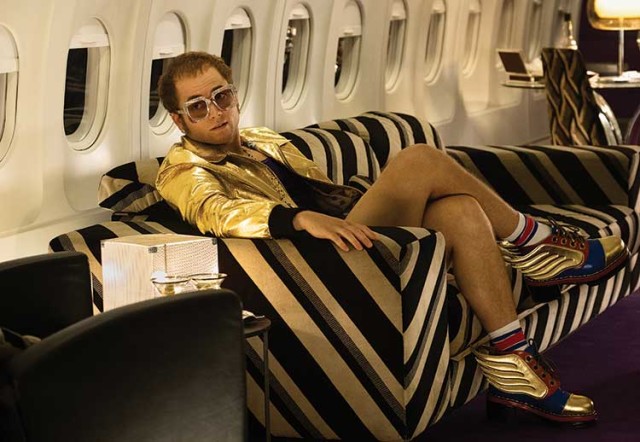 Taron Egerton plays Elton John in the highly anticipated Rocketman (May 31), a rock-’n’-roll biopic about the flamboyant singer-songwriter’s life and career. Shifting gears, Alec Baldwin tops the cast of Framing John DeLorean (June 7) as the notorious automotive innovator. The Last Black Man in San Francisco (June 14), a festival favorite with a local angle, focuses on the friendship between two driven young men who are impacted by increasing Bay Area gentrification. In the dramedy The Farewell (July 12), breakout star Awkwafina plays a young woman in the middle of an elaborate sham to bring a Chinese family together.

Filmmaker Quentin Tarantino’s latest effort brings together Brad Pitt, Leonardo DiCaprio, Margot Robbie, and Al Pacino for a period ensemble piece, Once Upon a Time in Hollywood (July 26), set in the tumultuous year 1969. Where’d You Go, Bernadette (Aug. 16), with Cate Blanchett starring and Richard Linklater directing, adapts the novel of the same name concerning the unexpected disappearance of a mean-spirited woman. And Official Secrets (Aug. 23) features Keira Knightley as whistleblower Katharine Gun who risked all by revealing the truth about government maneuvers to gain support for the invasion of Iraq in 2003.

Late Night (June 7) is a comedy that teams Emma Thompson and Mindy Kaling as a TV talk-show host in crisis and a writer brought in to help resuscitate the host’s ratings-challenged program. In The Dead Don’t Die (June 14), it’s a zombie jamboree with Adam Driver and Bill Murray playing cops versus the living dead in director Jim Jarmusch’s comedy. Yesterday (June 28), director Danny Boyle’s latest, is the whimsical fantasy rom-com, wherein a musician wakes up in a world where no one has heard of the Beatles, allowing him to take credit for their songs. A cult in a Swedish town terrorizes a young couple in Midsommar (July 3), from budding horror-master Ari Aster of Hereditary fame.

The crime thriller 21 Bridges (July 12) brings Chadwick Boseman to the role of an NYPD detective who unravels a conspiracy during a manhunt. The Kitchen (Aug. 9), boasting the versatile Melissa McCarthy, Tiffany Haddish, and Elisabeth Moss as 1970s mob wives, will not be your run-of-the-mill look at criminal behavior as the women find themselves in charge of their incarcerated husbands’ operations. And Blinded by the Light (Aug. 14) is a nostalgic musical comedy set in 1987 England, telling the tale of a Pakistani kid whose love of Bruce Springsteen’s music puts him in conflict with his conservative family.