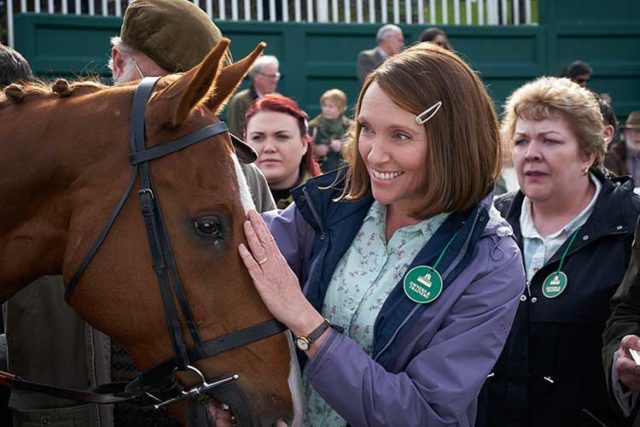 What a joy it is to be back in theaters for feature films that deserve to be seen on the big screen! Any caveats about representation aside, the movie version of Lin Manual-Miranda’s Tony-winning musical In the Heights was glorious to watch and hear in a Dolby theater last month: charismatic actors, infectious songs, and delirious dance routines, with much of the action happening on the colorfully rendered streets of New York City’s Washington Heights neighborhood. It was immersive and exhilarating and proof of the way that the movie-going experience is enhanced by foregoing HDTVs, tablets, and smart phones and instead going old school at the cinema — when you’ll find yourself truly in the heights.

The ramp-up of theatrical releases is in progress. F9, the most recent entry in the Fast & Furious franchise, just premiered in theaters at the end of June. And blocks will again be busted with the latest Marvel extravaganza, Black Widow, finally out on July 9 after a yearlong delay. Of course, we hope that the reopening hasn’t been premature. It’s been extolled by filmmakers who believe that theater presentations offer the best possible platform to appreciate their work. Even an intimate, low-budget film can be enhanced when viewed that way. But bets are being hedged as simultaneous theater and streaming release dates are becoming commonplace, particularly for independent and foreign movies. Here are a few current examples of leaner and often less pretentious efforts that could merit a trip to the multiplex while also being effective for home viewing.

Populated by a cast of fresh-faced newcomers and little known but capable character actors and made with the bare necessities needed to tell its story, First Date is a wry, sly, and energetic first effort from the screenwriting-directing team of Manuel Crosby and Darren Knapp. It fuses a teen rom-com, a coming-of-age tale, and a gang-that-couldn’t-shoot-straight crime caper into an enjoyable albeit bumpy ride-along as timid but earnest and kind high school kid Mike (Tyson Brown) tries his best to finesse a date with his cute, no-nonsense neighbor Kelsey (Shelby Duclos), and clumsily manages to set one up.

Unfortunately, Mike’s parents are on a romantic weekend getaway in the family SUV, leaving the poor boy scrambling to secure a serviceable used car for the date to impress Kelsey. The vehicle he secures is, in all ways, a problem, putting him in the cross-hairs of petty criminals, vicious drug-dealers, cops of questionable morality, Kelsey’s parents, and a smug jock from his high school.

There’s a Northern California hook here — First Date was shot in Calaveras and Amador counties, plus Crosby lives in South Lake Tahoe, and Knapp is a Valley Springs native. Regardless of where it was made, it has the vitality and promise of early movies crafted by creators such as Robert Rodriguez who started small and made it big. As a First Date goes, this is both a harrowing one and a good time.

First Date opens in Bay Area theaters and will be available to stream on demand July 2.

Anyone in need of a feel-good movie should look into Dream Horse. Based on a rousing true story that was previously told in the 2015 documentary Dark Horse, this big-hearted dramedy revolves around a consortium of people from a small, economically strapped Welsh town —  a patchwork, sometimes bickering bunch convinced by a fellow citizen to pool their resources to breed a race horse.

This cockeyed plan is the inspiration of Jan Vokes, an ambitious bartender whose husband has been reduced to couch-surfing and ignoring her needs. Needing purpose, she lobbies her neighbors to invest in the breeding. Jan initially raises the horse — named Dream Alliance in a tribute to the motley ownership group — and bonds with him before seeking out a professional trainer to bring him up to speed, so to speak. Although it seems like the stuff of fiction, most of the significant events depicted in Dream Horse really happened.

All told, it’s a charmer with a fine lead performance by the ever-terrific Toni Colette, supporting work from Damian Lewis of HBO’s Homeland series as an office worker who knows a bit about the racing scene, and a lovably scruffy collection of actors playing the quirky townsfolk, their horse’s trainers, and the wealthy rival owners whose steeds usually win all the time. It’s uplifting stuff that will have you rooting for the underdog — or, in this case, the “underhorse.” Directed with a sure hand on the reins by Euros Lyn (veteran of British TV shows such as Sherlock, Broadchurch, Black Mirror, and Doctor Who), Dream Horse earns every cheer.

Dream Horse is playing at selected theaters and is available to stream on demand via Amazon Prime Video, Apple TV, You Tube, Google Play, and Vudu.

Akilla’s Escape, from director Charles Officer, is a solid, low-key mix of interpersonal drama, underworld action, and social consciousness with a stellar performance by Saul Williams as Akilla. This streetwise sage is an aging, Toronto-based drug dealer and fixer of Jamaican descent; he is also a decent, morally upright person in a sketchy business.

Right as marijuana is being legalized in Canada and the game is changing, a rogue outfit makes a grab for a large stash of cash belonging to the mob boss who employs Akilla. One of the participants in the robbery is Sheppard, a 15-year-old boy whose unfortunate circumstances mirror those of Akilla when he was a teen. Now, Akilla needs to recover the stolen cash without getting himself killed while, at the same time, somehow preventing Sheppard from falling deeper into a life of crime.

It’s a carefully tuned character study with film noir elements and some tense moments, raised in stature by Williams’s presence and by the skills of Thamela Mpumlwana, the young actor who does double duty in the roles of Sheppard and the teenage Akilla. Whether via the purchase of a ticket or a stream, Akilla’s Escape is a well-wrought movie that deserves an audience.

Akilla’s Escape is playing at selected theaters and is available to stream on demand via Amazon Prime Video, Apple TV, You Tube, Google Play, and Vudu.