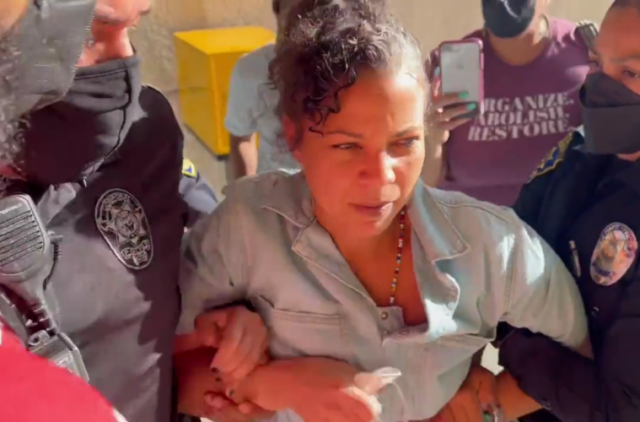 Melina Abdullah, Cal State L.A. (CSULA) professor and Co-Founder of Black Lives Matter L.A. was forcibly removed from the audience of the Los Angeles mayoral debate hosted at her school. “Today I attempted to watch the mayoral debate held on the campus where I’ve taught for 20 years,” Abdullah said on Twitter. “As I waited for it to start, the white [Pat Brown Institute] director called the police on me. He and each of the candidates watched as I was brutally removed.” Video footage taken by fellow audience members show Abdullah being carried out by her arms by police officers. Voices can be heard protesting her removal and treatment.