Brawl in the family

Family sitcoms have come a long way since Ozzie and Harriet 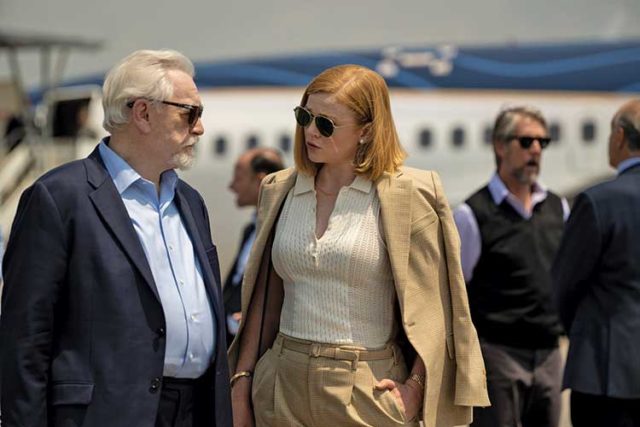 There’s a certain synchronicity to having the third season of Succession, the scathing satire of an obscenely wealthy clan headed by a domineering media mogul, roll out on HBO and HBO Max as Thanksgiving approaches. The end-of-year holiday season is inevitably a time of gatherings with your relatives, like ’em or not. And when it comes to unlikable relatives, Logan Roy — the mean-spirited Rupert Murdoch-styled magnate played by the always brilliant Brian Cox on Succession — is right up there, although the conniving members of his extended family give him a literal run for his money as they try to gain control of his empire. As the conflict between the Roys plays out with the trappings of near-Shakespearean drama, it’s often mordantly funny.

Comedies about families of all types have been prevalent on television since Mama, a warm-hearted trove of early 20th-century immigrant humor that ran on network TV from 1949 to 1957. Producers and executives rightly assumed that the general public can relate to the dynamics of a family unit, making it a fruitful focus for episodic narratives — and if there’s laughter to be mined there, all the better.

The early history of the medium is rife with genial sitcoms like Father Knows Best, which featured stolid leading man Robert Young as Jim Anderson, the head of what must have been the most wholesome family in the post-World War II boom years of the ’50s and early ’60s. Yes, there were other contenders. The Nelsons of The Adventures of Ozzie and Harriet featured aneasy-going bandleader, his charming wife, and their two handsome sons — the youngest of which, Ricky, became a teenage idol with a string of hit records in real life as well as reel life. The Andersons and the Nelsons were not alone on the airwaves back then. There was the suburban dramedy of the Stone family as seen The Donna Reed Show and the corny kid-skewed high jinks enacted by Wally and the Beaver, sons of Ward and June Cleaver on Leave It to Beaver.

FROM SQUARE TO DARE

By the 1970s, sitcoms about mom, dad, and the offspring became a little more daring. Archie Bunker, the head of the household on All in the Family, was a loveable working-class bigot. On the flipside, there was a sitcom about a struggling inner city family that was wryly titled Good Times. In the ’80s, we had Family Ties with a conservative son (Michael J. Fox) clashing with his more liberal folks. The rough yet plucky working-class heroes of the Conner family on Roseanne cheered audiences from 1988 to 1997. In the ’90s, we had the goofiness of Family Matters and earnestness of Boy Meets World.

From the late 1990s into the 2000s, Ray Romano brought us his autobiographically inspired Everybody Loves Raymond, or if that wasn’t to our taste, we could get off on the premature nostalgia of That ’70s Show. The mid-2000s belonged to the sometimes surreal lunacy of the Bluth family on Arrested Development. And the 2010s saw the expansive blended tribe of Modern Family generate laughs and win hearts (and Emmys). The connective tissue throughout the eras was the concept of parents and their children reveling in the good times and trying to muddle on through the bad times. That held true even for 1960s cartoon families like The Flintstones and The Jetsons and their latter-day equivalents, The Simpsons and the Griffins of Family Guy.

While a recent spate of ethnic-skewed series such as Kim’s Convenience, Black-ish, and Fresh Off the Boat, and more nostalgia-fueled shows including The Goldbergs and Young Sheldon have kept the good-natured family sitcom alive, the format does seem a little spent. Perhaps the darker depiction of familial relationships in Succession feels more in tune with the cynicism of the era we inhabit; its comedic sensibilities are certainly subtle and challenging. Any laughter at the Roy’s foibles is rueful, but it’s still laughter.

The actors who play Logan’s offspring have, over the show’s run, fleshed out their characters and developed volatile chemistry with one another: Jeremy Strong as Kendall, the shallow, feckless son who thinks he deserves to inherit control of the Roy conglomerate; Sarah Snook as Siobhan, the canny daughter who has political aspirations that can be realized by leveraging her position in the company; Kieran Culkin as Roman, the slacker son who loves the idea of wielding power, but doesn’t want to work hard or accept responsibility; and Alan Ruck as Connor, the eldest son who claims he’s above any squabbles with his father and siblings and has stayed out of the daily workings of the business but has benefitted from its profits.

Besides cleverly sending up greed, venality, and manipulative machinations in the corporatocracy, Succession is an effective, addictive fun-house mirror reflection of the real-life Murdoch soap opera wherein generations jockey for the favor of the patriarch. It’s witty in a nasty way that’s in line with series creator Jesse Armstrong’s brilliant, long-running British comedy-series-of-discomfort Peep Show, and it delves deeply into the sort of twisted interactions that can arise between parents and their children. Blood is thicker than water on Succession — and likely to be spilled. Ozzie and Harriet would be appalled.